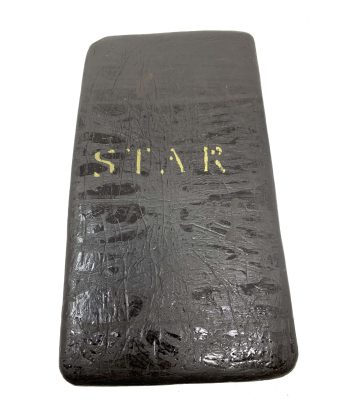 Rated 4.33 out of 5 based on 3 customer ratings
3 Reviews
Email to a friend

Rainbow Kush from bulk buddy is a famous strain due to its multiple colours and the pine aroma. People can find it at dispensaries as simply “Rainbow”. An 85/15  Indica-dominant strain, Rainbow Kush has slightly above average THC at 25 percent.

Several breeders have attempted to perfect this strain. Dutch growers, Amsterdam Marijuana Seeds (AMS), state that they achieved their version of the Rainbow Kush strain by crossing Master Kush and the Hindu Kush. Lifetime Seeds from Spain created theirs by crossing Dancehall with Blueberry.

When you go to purchase this strain, you might be lured by marketing claims by the breeder, “It’s the most colourful strain ever invented in looks and flavour.” If you look at images on websites or magazines, you will find pictures of rainbow-coloured cannabis, and those pictures are amazing. However, in real life, this bud may not look like those enhanced images or measure up to the marketing claims.

What you will find is the cannabis that does look different than other strains. You’ll find purple, orange/red, white, and green in large patches. Crystals are generously sprinkled and it should be pretty sticky to the touch. Rainbow Kush is known for its pine smell, but you may also smell Skunk. Some may detect notes of coffee and a spicy aftertaste.

Recreational users who want to get a little stoned but still be active and/or social should check out this strain as it won’t put you in a weed coma. The Indica influence should induce a mild body melt accompanied by positive cerebral effects. You could partake in the morning or during the day due to the relatively low THC level and mild body effects.

Medical patients may utilize Rainbow Kush to alleviate nausea, poor appetite, and pain among other conditions. The CBD content is too low for seizure disorders but higher than some other strains, making it suitable for washing away anxieties, aches, and pains without the extreme high found in other strains.

Grow Rainbow Kush indoors or outdoors. The breeder states that it is easy or moderately difficult to grow. Some growers suggest propagating the plant in a Sea of Green (SOG) style, which forces the flowering stage earlier. Under regular conditions, it flowers in nine weeks and produces a yield outdoors of up to 750 grams or 26.5 ounces per sq. meter. When you grow the plant, you may see the bright colours that breeders, marketers, and aficionados rave about.

Rainbow Kush’s name declares its brightness and boldness, giving a full range of colour to the bud. With notes of tropical, citrus, and berry flavours, this indica hybrid provides a creative, euphoric high. Made from crossing Dancehall and Blueberry strains, its flowers give a full spectrum of colour that even those not enthusiastic about weed will stare at in awe. And though it can offer pain relief, it doesn’t overpower the body or give a heavy sensation. Nonetheless, this vivid strain uplifts whoever consumes it, not only for its vibrancy but for its feel-good vibes too.