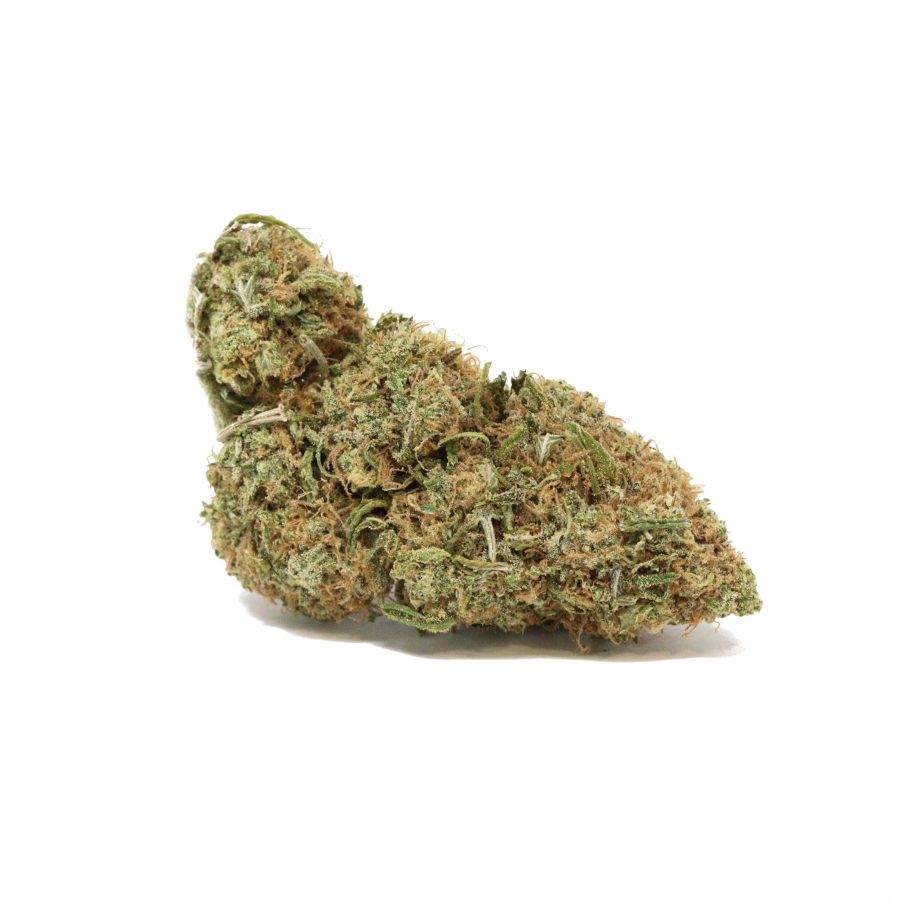 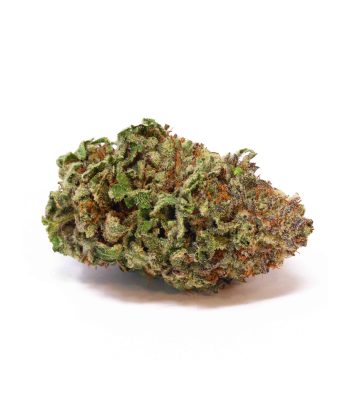 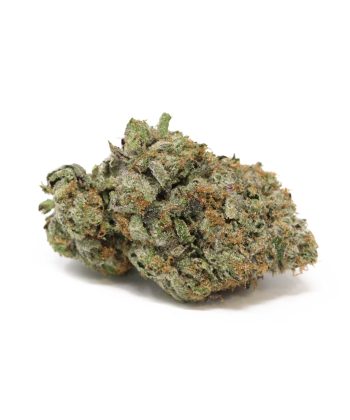 Chocolope sometimes referred to as D-Line, is an almost entirely sativa hybrid with a very complex taste profile. Breeder DNA Genetics (who may also be responsible for stabilizing the strain Headband) created Chocolope as a cross between flavorful favourite Chocolate Thai and Cannalope Haze. The result is a dynamic, energizing sativa that has won over many followers.

Chocolate is a more unusual taste in the portfolio of cannabis varieties — landrace parent strain Chocolate Thai may have achieved this flavour through some combination of terpene production and terroir, picking up nutrients from the fertile soil also used to grow coffee. Chocolate Thai was extremely popular in the U.S. in the 1980s. Similarly, Chocolope has won several honours in the High Times Cannabis Cup and the High Life Cup and was featured on the cover of High Times magazine as Strain of the Year in 2007. In early 2019, CannaFrost, an Alaskan producer and processor, provided us with samples that tested at 23.84% THC. This latest record is nearly two percent higher than previous tests.

Bulk Buddy’s Chocolope has long, fluffy buds that take an almost cylindrical shape, unlike the nugget-like buds of more indica varieties. Leaves are dark green and relatively loosely packed; although they can be very sticky, they’re typically easier to break up than pure indica strains and may or may not require a grinder. Pistils tend to be vivid orange. The cured buds have a particularly dank, earthy smell with some sweetness. When buds are broken up and combusted, this earthy scent is somewhat more intense. The smoke from this strain hits smoothly — on the inhale, it bears more resemblance to parent strain Cannalope Haze and tastes mostly fruity with some hints of chocolate. Cocoa and coffee notes are more evident as the smoke is exhaled.

The mental high of Chocolope takes hold quickly. Users may notice a buzzy head high that soon morphs into an altered way of thinking. With virtually none of the heavy body stones associated with hybrids or indicas, Chocolope’s effect is motivating and energizing. Although it’s cerebral and thought-provoking, this strain allows the user to maintain a mostly clear and level head. Well suited to daytime use, it can easily accompany household tasks or more extensive errands. Medically speaking, Chocolope’s acute sense of focus can be good for those with attention deficit disorders. The emotional high and general sense of well-being may also be helpful in treating stress, anxiety, and even symptoms associated with PTSD. Despite its potency, though, many users report that the high from Chocolope lasts shorter than average.

Chocolope has some peculiarities that may make it a difficult strain for beginners to cultivate. As with many other purer sativas, plants can be very tall. But although outdoor environments can provide all the necessary vertical space, the strain is prone to mould, meaning that growers will need to keep a close eye on growing conditions, especially in humid areas. Indoor cultivation allows for more climate control but presents the problem of space. That said, growers can tame the exceptional height of these plants by bending and pruning stems early in the vegetative stage. Whether indoors or outdoors, growers who supplement the plants’ feeding regimen with nutrient mixes may find that Chocolope plants have an exceptional thirst, showing signs of nutrient deficiency until properly fed. Finally, this strain has a very long flowering time. Parent strain Chocolate Thai is responsible for this lag, with a notoriously long flowering period of 14 weeks: the crossing of Chocolate Thai with Cannalope Haze allows Chocolope to have a shorter, although still the significant flowering time of 10 to 12 weeks. When grown outdoors, Chocolope reaches maturity and is ready for harvest in late October to early November. This extended flowering period can be worth the wait: Chocolope may yield as much as 60 grams (or 2 ounces) per square foot.

The bracing cerebral properties of Chocolope make it a great wake and bake strain. It may be a happy accident that this variety’s flavours of cantaloupe and cocoa are a perfect fit for a breakfast meal! Low-key nighttime use of Chocolope is discouraged, as its energy and potency can have counterproductive effects on the sleep cycle. On the other hand, it makes a great social lubricant and its novelty scent and taste are bound to turn some heads. Chocolope is a great example of how crossbreeding genetically perfected landrace strains can yield a product that is as powerful as it is aesthetically appealing.

4.5
Rated 4.48 out of 5
Based on 144 reviews
Powered by Customer Reviews plugin
Showing 6 of 144 reviews (3 star). See all 144 reviews
Add a review Cancel reply
Please register to get your referral link.