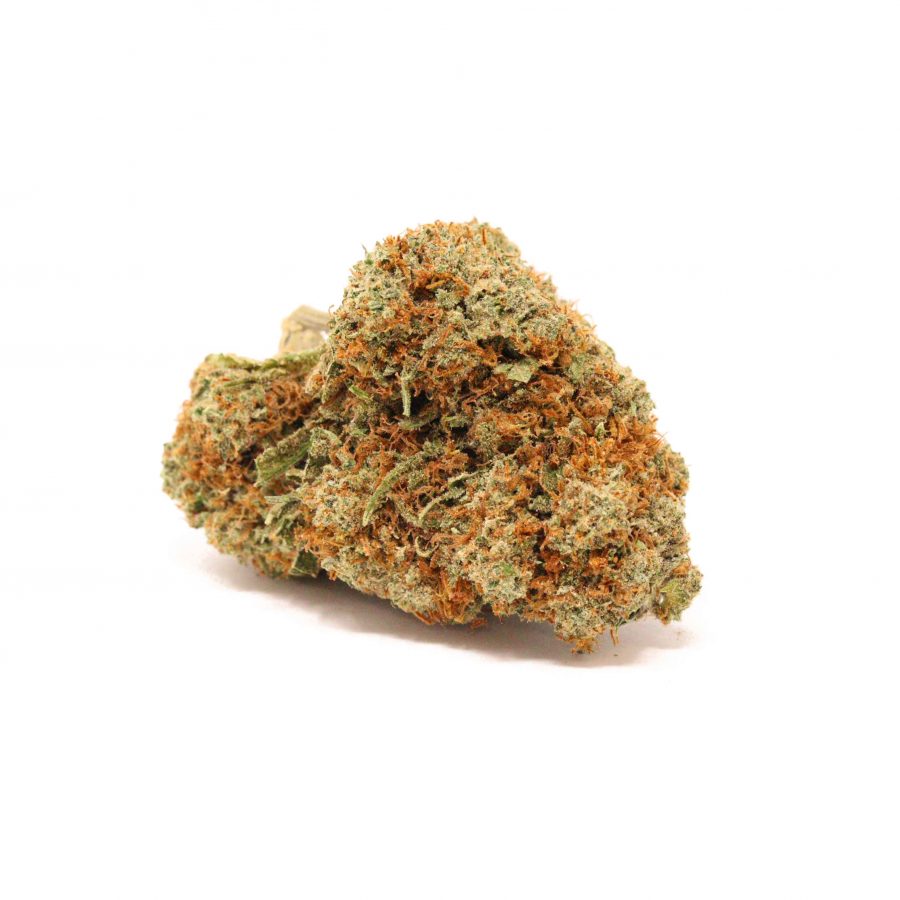 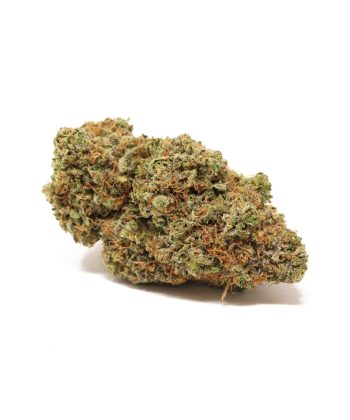 Glow simply means a steady radiance of light. That inspired the naming of this hybrid, due to the abundance of fuzzy golden trichomes, which are covering the deep purple leaves.

On some Glow buds, the only green visible is on the stems. Long and wavy orange pistils are scattered throughout. Made by crossing Face on Fire with Purple Punch, this indica-dominant strain boasts a sweet berry and pine aroma with hints of citrus. Smoking or vaping Glow gives the flavour of sweet berries on the inhale, and sour grapes on the exhale.

It is not uncommon for Glow to test around 25% THC, making it a highly sought-after Indica. The smoke is rich and creamy, and the effects are instantaneous. Users report feeling a melting away of stress and anxiety.

The dominant terpene, Caryophyllene, is believed to possess antioxidant, anti-inflammatory, and anti-stress properties. The trippy psychoactive euphoria reportedly offers the user colourful daydreams. It is important to note that Glow seems to amplify the user’s current emotional state, so reviewers recommend that the user get calm and centred before starting the session. If this advice is taken, the user might notice the outer end of the lips turn upwards.

This feeling of calm bliss becomes amplified, triggering natural happiness and a GLOWING smile. Despite reportedly being effective for medical users with menstrual cramps, migraines, and spasms, Glow does not have a reputation for immediately inducing couch-lock.

Energy reportedly remains level until a couple of hours after the session. Here, the longer-lasting effects of the terpenes, including Myrcene work their magic. It is believed they help the muscles and nerves stay free of unnecessary tension and sedation.

Some users say they become sleepy at this point, making Glow a good evening strain before that final meal or snack. If you find yourself waking and baking with Glow, you will probably do it again a couple of hours later. Interestingly, both the quantity and quality of sleep were reportedly enhanced with Glow, so be careful when setting that alarm early.

Next time you’re in the mood for a tasty and potent indica-dominant strain that glows in the dark, look no further!

4.8
Rated 4.79 out of 5
Based on 19 reviews
Powered by Customer Reviews plugin
Showing 15 of 19 reviews (5 star). See all 19 reviews
Add a review Cancel reply
Please register to get your referral link.