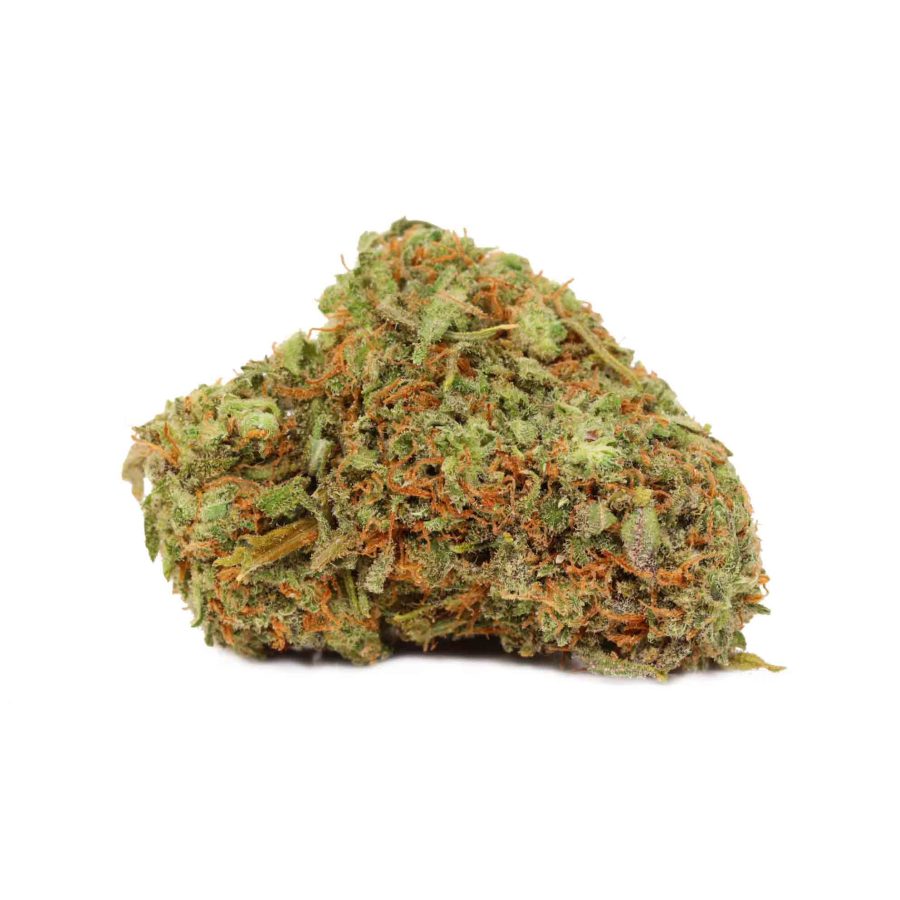 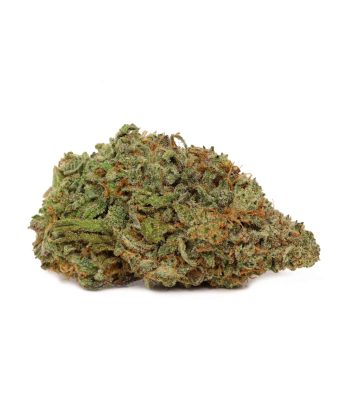 AK-47 is a Sativa-dominate hybrid with bright white colouring. Despite its violent name, the strain imparts a very mellow feeling and can even leave one stuck in a state of “couch lock”. It also leads to increased creativity. For the most part, however, AK-47 will leave you feeling uplifted, peaceful and euphoric.

Globally, AK-47 has made waves and won multiple awards (16 to be exact, including the High Times Cannabis Cup) due to its intense THC content and out-of-this-world flavour profile. The strain is a go-to cannabis type and has become a staple in the medicine cabinets of both medical marijuana patients and stoners alike.

Being the cross of four very powerful landrace strains, it’s no surprise that the AK-47 got its name; as it packs quite a potent punch. This strain not only has a high THC level but also a good amount of CBD as well, so it’s great for treating physical pains. Contrary to its name though, the AK-47 tastes sweet, delicate, and flowery – the complete opposite of a Russian assault rifle.

Not surprisingly, then, you’ll learn that AK-47 is one of the highest-rated strains in the world – if you desire a kick-ass, joy-bringing hybrid, you’ll want to give this one a try. For sure.

Categorized as a Sativa dominant hybrid, AK-47 weed humbly boasts a wide range of effects and body/mind benefits. This cannabis is a combination of the genetic breeding of four popular and powerful landrace marijuana strains: Colombian, Mexican, Afghani and Thai.

Although mostly Sativa, AK-47 does have some indica thrown in for good measure (most samples across the U.S. check in with about a 65% Sativa/35% indica profile). The high-bringing properties of this cannabis are where it shines, though, as it typically produces flowers with around 23% THC content (at least when examined during verified lab tests).

CBD levels are on the lower side though (usually only around 1.5%), so if you’re the kind of person that tends to be affected by high-THC strains, you may want to avoid this one and find something with a more even THC-to-CBD ratio.

Appearance-wise, AK-47 is a vivid lime green colour, blended with bright red-orange pistils; tiny hairs that curl and twist in between the sugar leaves. The buds can often also appear silvery-white in colour, which is partly because of their immense THC content which coats the smokeable leaves in glistening crystals (also referred to as trichomes).

The entire AK-47 plant is usually quite tall, as well as wide in width, featuring prominent and grand calyxes of extremely smokable, pungent buds. All in all, both the flavour profile and the physical stature of this beauty are something to behold.

The effects of AK-47 weed can best be described as uplifting, offering a resolution to stress and anxiety that rarely prove to be overwhelming for the body or mind. The strain often helps creative types focus and delve deeper into their art, in addition to providing a safe space to completely let go and allow the inspiration to captivate.

And of course, AK-47 cannabis pairs eloquently with some groovy tunes after a long day of work, when it’s time to finally relax and unwind.

The buzz from AK-47’s high lasts quite long (at around 3-4 hours), at least in comparison to other hybrid marijuana strains. Also, it is a strain that’s capable of deeply relaxing both the body and mind in ways that most Sativa-dominant strains cannot.

Furthermore, it tends to put its consumers into a mellow trance, where they can experience motivation to accomplish their goals for the day. Unlike other high-THC sativas, it tends to galvanize one into productivity, rather than over-working the mind to the point of unnecessary paranoia.

The medical benefits of AK-47 weed are typically very positive, as this is a marijuana strain that has offered much relief to individuals suffering from a multitude of conditions and ailments.

Those with psychological difficulties – such as patients suffering from mood disorders, depression, anxiety, stress, and insomnia – for instance, will discover that this hard-hitting strain can usually provide therapeutic benefits.

However, these individuals should use caution when consuming any high-THC weed, as mood disorders can increase the likelihood of cannabis-induced paranoia, anxiety, and stress. This is best avoided by setting boundaries and sticking to those limits (it is always wise to start small and build up as necessary).

Physical pains and ailments can also be relieved by AK-47, including chronic pain, nausea, fatigue, lack of appetite and headaches. And for those with serious medical conditions, AK-47 may be able to help diminish the pains and nausea from chemotherapy and other treatments. Overall, the AK-47 marijuana strain is capable of benefitting folks that suffer from a wide range of medicinal challenges.

Many people enjoy using it while listening to music. Outside of dry mouth and eyes, the strain can also cause users to feel paranoid and sometimes dizzy. Some users also experience minor headaches.