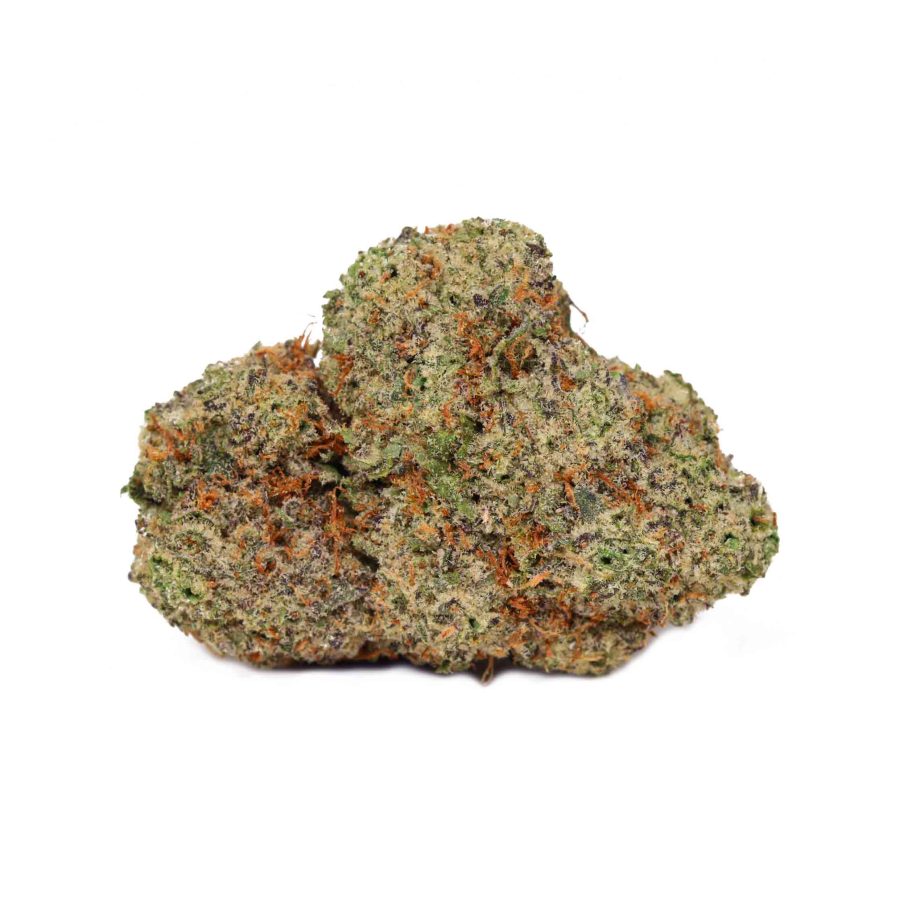 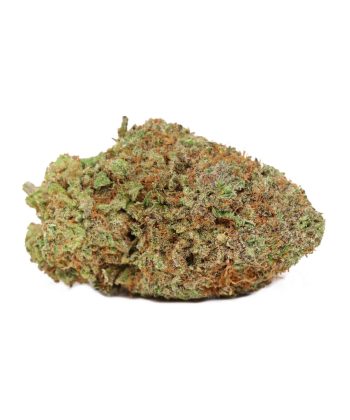 Not nearly as dangerous as the weapon of mass destruction, the Atomic Bomb will help you to find rest in even the most challenging of environments. Her genetics include Emerald Triangle Kush, THC Bomb, and Chemdawg, yet her breeders remain unknown. Someday hopefully we’ll be able to find out who to thank for this evenly balanced beauty of a bud.

Ideal for more experienced smokers, Atomic Bomb comes in with an average of 24% THC potency. Her flower is very fluffy and dark in colour, yet is offset by lighter amber pistils and a thick layer of oversized clear trichomes. This strain should come with a warning label when it comes to her flavours and smells, as a very strong mixture of fuel, berries, and menthol will overtake you. Most describe it as a chemical type of fragrance that will leave you coughing long after you exhale.

We’ve gone Atomic with a truly superior strain that’ll blow your mind. We combined a hand-selected original US clone of the legendary Chemdawg with a hard-hitting intensely flavoured Kush from the Emerald Triangle. We then crossed this with our number one selling, award-winning THC Bomb to create a truly knockout strain in every single way. Atomic has the brutal power of THC Bomb mixed with the classic Californian kush taste and stone.

Atomic Bomb’s Cannabis strain taste & smell are simply amazing and are sure to be a definite crowd-pleaser. It mixes intense fuel and citrus aromas with hints of menthol and berries. The stone is outrageous, beginning with an immediate headrush, and melting into a euphoric yet full-bodied stone which is long-lasting and very satisfying making it an ideal medical strain. Beginners are warned!!

As you’d expect from a strain that’s named in such a way, an Atomic Bomb will slam into you with fierce effects. Users find that they’re initially filled with a strong sensation of euphoria that leaves them grinning from ear to ear, but that’s about the only action they’ll be able to muster for the next few hours. Creative thoughts might come and go, but ultimately a super stoney feeling will overtake you. Sedation kicks in both mentally and physically, leaving you hungry, glued to the couch, and ready for sleep.

An atomic Bomb is certainly an ideal strain for those who struggle with medical concerns, allowing you to put your feet up and relax before bedtime. Mental issues are addressed first thanks to her cerebral effects, often dissolving depression or anxiety with total ease. General bodily pain also fades after some time, and if you have frequent feelings of nausea, try smoking a little bit to settle your stomach. Depending on your tolerance, you may be high for a few hours before dozing off, but no matter how you react to cannabis, insomnia will kick the curb here.

Home cultivators report that the Atomic Bomb is a fairly easy strain to grow, thriving both inside or outdoors with ease. She can get somewhat tall, up to 5 feet at full maturity, so keep that in mind when planning out your current crop. After a full 8 to 9 weeks, this strain will gift you with a fairly nice-sized yield. The only challenge is finding seeds to plant!

This strain is fairly easy to grow and is of medium height. While not having quite the monster yields of THC Bomb it’s still considered a high yielder. Buds will be large and plump with layers and layers of crystal upon crystal. Indoor flowering time can be as little as 8 weeks.

Assuming you like your weed bold in all senses of the word, an Atomic Bomb will suit you just fine. Prepare yourself for her flavours and then get ready to enjoy some of the most powerful effects you’ve likely ever encountered. We’re not kidding when we recommend that all users go very easy with this strain!