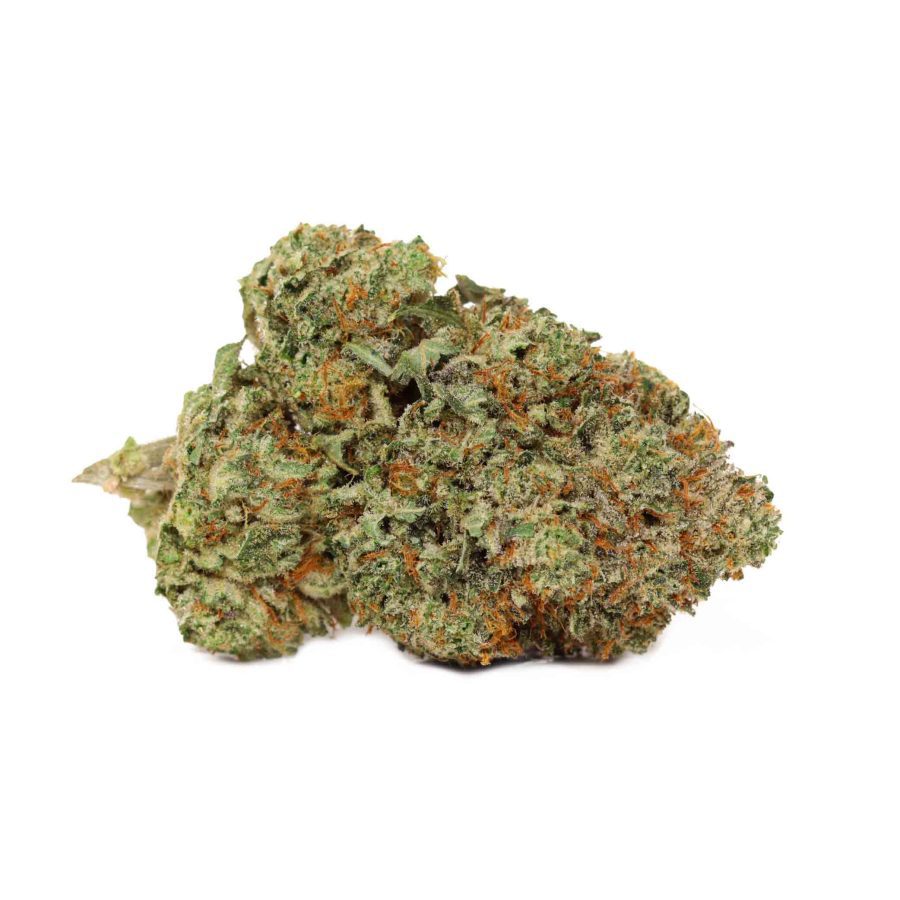 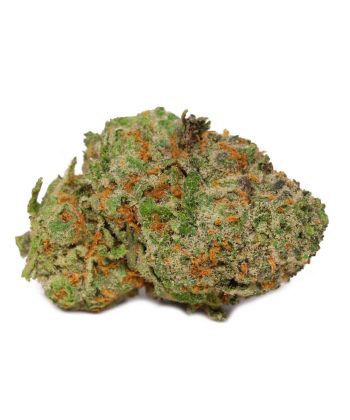 A special seed release for the 2010 High Times Amsterdam Cannabis Cup (it was planned as their Indica entry, but there weren’t enough dried buds around before the competition to enter officially), this pet project of lead breeder Swerve came about in an attempt to re-create the clone-only legend Bubba Kush in seed form. An unknown male (possibly Swerve’s SFV OG Kush F3 which he used for many breeding projects) was used in this double backcross, first pollinating on the mother to create a seed, then another male from that population going back to the Bubba mother once more to reinforce her traits. The resulting plant grows much like the Bubba mom, but some variation in structure (some phenos will have long, slender nugs which is unusual for Bubba) is to be expected. However, the majority of nugs are the stereotypical Bubba pine cone/golf ball shape with large calyxes and that signature purple-gray coloration coming on as harvest approaches.

Deep coloration that looks almost gray from a distance is this Cali Bubba Kush trademark, and the deep Bubba roots are seen clearly in all aspects of appearance other than the more slender, elongated nug shape which appears in certain phenotypes. Trichome coverage is excellent, and it appears that Cali Bubba Kush From Bulk Buddy would make some high-yielding and quality extracts, judging from the copious amount of trichomes all over the leaf surfaces.

A creamy, slightly sweet coffee-kissed aroma with a herby edge is the primary one while the Cali Bubba Kush sits undisturbed in a bag or jar. However, when it’s ground up, the coffee/chocolate comes out a lot more, as does the musky, herby, hashy banknote which recalls the Cali Bubba Kush’s deeply Afghani/Pakistani origins.

Flavour
Losing some of the sweet qualities from the aroma, the flavour is mostly musky and hashy, with a lingering note of coffee. Its smoke is moderately thick and moderately expansive, neither sending the patient into coughing fits nor hitting the throat without impact.

Qualities
Taking a few minutes to really kick in, the effects felt predominantly Indica in nature, providing a warming body sensation and pulsing waves which radiated throughout the lower extremities, arms, and torso. A slowdown of mental activity accompanied by an overall feeling of ease and contentedness overtakes the user after about 15 minutes, leading to a placid, happy, experience that’s very smooth in nature. The eyes get slightly heavy at times (even early on), but the effect never really becomes a “day wrecker” to the point where it makes the user fall asleep when they wouldn’t otherwise or makes the mind cloudy to the point of losing functionality. Cali Bubba BX2 helps with both mental and physical relaxation, specifically muscles, but it does so without clouding the mind. It also aids with minor pain relief, and appetite stimulation, and has definite anti-anxiety properties. Medicinal-level effects last around 1.5 to 2 hours, while the overall effects linger out to nearly 3 hours.