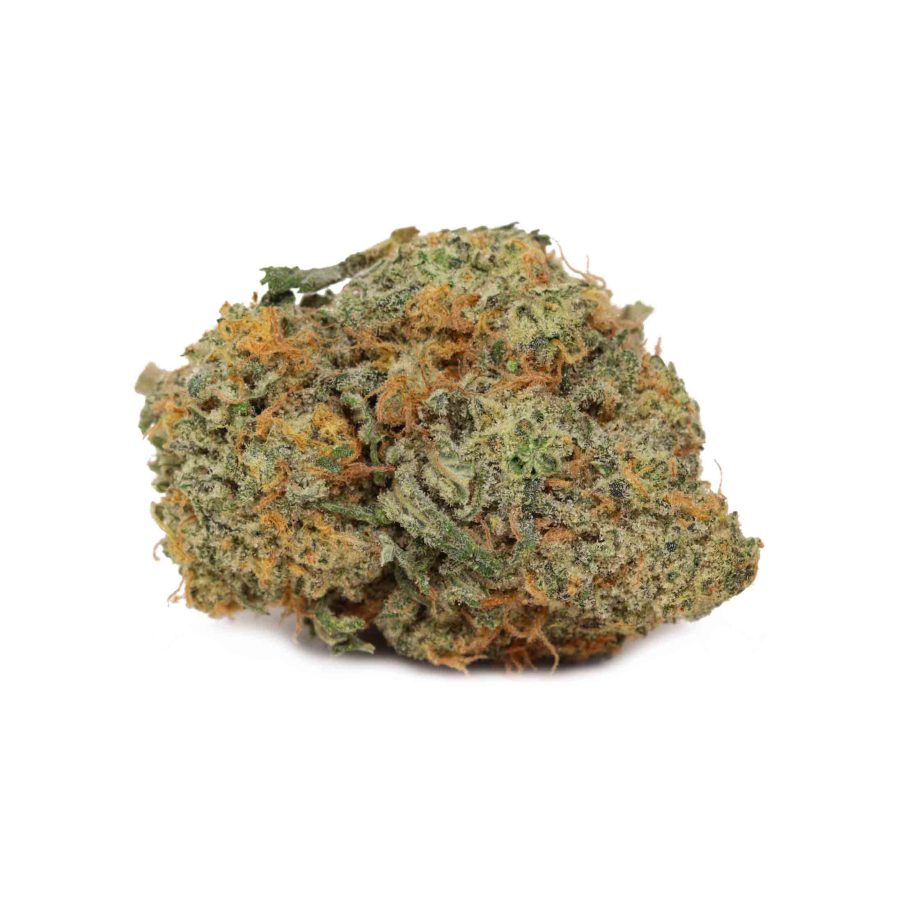 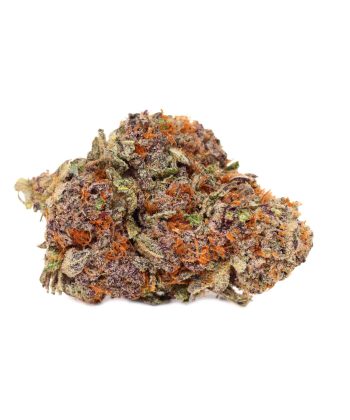 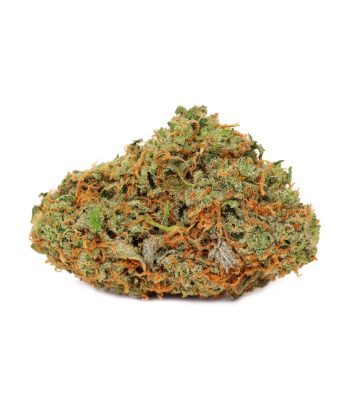 Remember the juicy, fruity candy we all used to love as kids? That same level of joy is often found after smoking White Gushers, also known as Gushers. This strain is slightly Indica-dominant in nature and was bred by the team at California Cookies Fam Genetics. They crossed Gelato #41 with Triangle Kush to develop a strain that’s worth taking a chance on.

The Gushers hybrid strain is a cross between Gelato #41 and Triangle Kush. This strain received its name due to its scent and flavour that mimics sweet and fruity candy. It produces a sweet and sour tropical kick with a slight herbal undertone.

Gusher’s cannabis strain takes on the appearance of glittering white nuggets as her deep green shade is nearly masked by a rich layer of trichomes. Her potency can vary dramatically, ranging anywhere from 15% to 25%, so it’s advised that you pay attention to what you’re purchasing. This strain’s flavours and aromas do differ slightly from each other, but both are equally pleasing. As you inhale, the room will fill with notes of sweet berries and tangy citrus, making this a great option for those who like sweeter strains. White Gushers tend to taste like tropical fruit with a spicy berry finish.

For most smokers, Gushers Cannabis strain likes to hit physically before attempting to have any effect on your mental state. It’s most often noted that a slight tingle will begin in your head and work its way to your toes, providing a feeling of relaxation that can sometimes lead to arousal. Once in this mellow state, you’ll likely begin to feel exceptionally euphoric and just might want to spend some time with your loved one. Others describe a serious case of the munchies after White Gushers takes hold, so be sure to stock up on snacks before you indulge.

When you lay your eyes on the Gushers strain you’ll notice its cured nuggets tend to be long and olive green with patches of bright green scattered throughout along with thin winding amber pistils.

Fans of Gushers marijuana have explained its effects can be great for relieving their anxiety and depression as it has helped calm their racing thoughts. Others say they’ve used Gusher’s weed for lazy days as it relaxed their muscles and allowed their mind to wander freely.

Equally as popular for medicinal uses as for recreational fun, Gusher’s cannabis strain has earned a reputation for being a sort of “cure-all.” Those who struggle with anxiety and depression explain that this strain wipes away all sense of worry, making it easy to enjoy oneself. If you have symptoms of bodily pain that take away from your quality of life, consider taking a toke of this gal to see how she can help. Others also report that issues including a lack of appetite or nausea are soothed thanks to her hunger-inducing qualities.

Home growers sometimes have a tough time finding Gushers seeds, but when you do, you’ll be pleased to know that she’s relatively easy to care for. This strain does well inside and outdoors as long as she has enough light and tends to grow to a medium height with a very bushy structure. It’s advised that you keep an eye out for mildew and pests as White Gushers can sometimes be less resilient than others against these issues. After 10 to 11 weeks of patience, plants will be ready for harvest.

Whether you’re after bold fruity flavours or you simply want a strain to help you get your groove back, Gushers cannabis strain can probably help. Many claim this gal is great for both afternoon and evening use depending on your tolerance, so take some time to experiment and see where she does you the best.