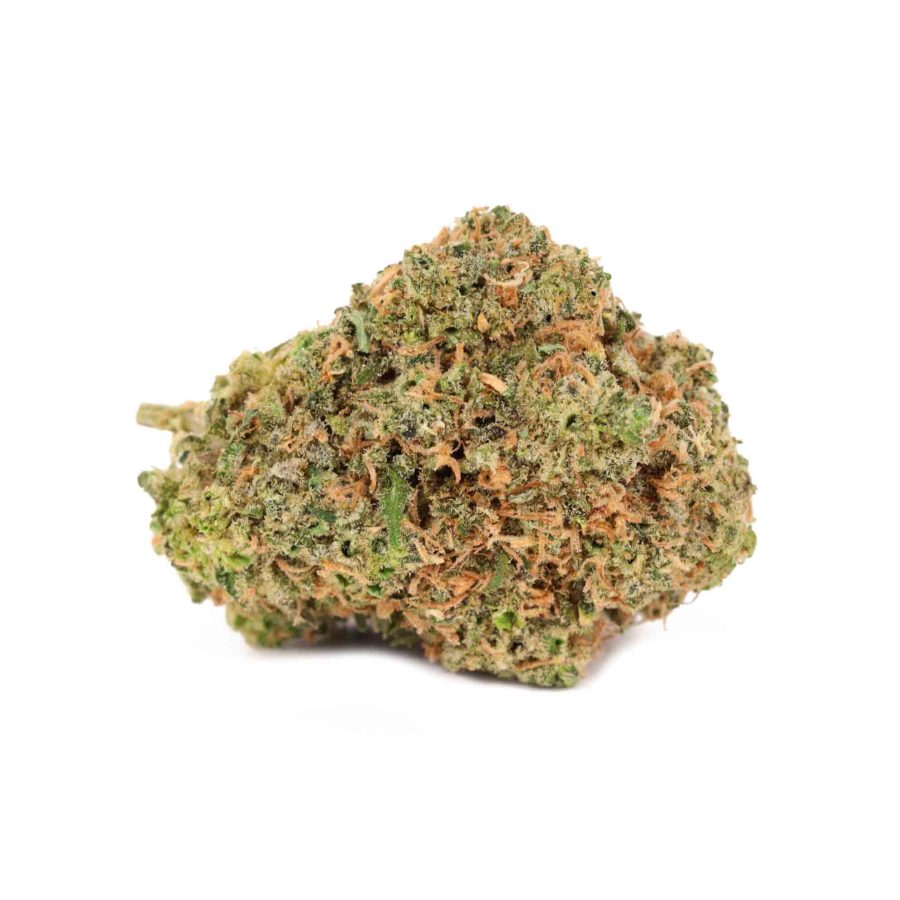 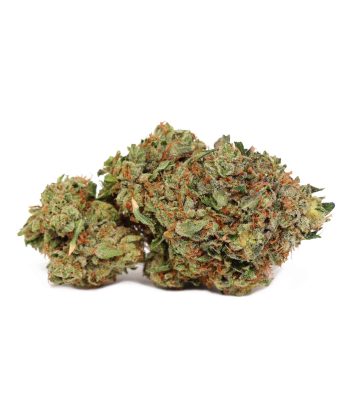 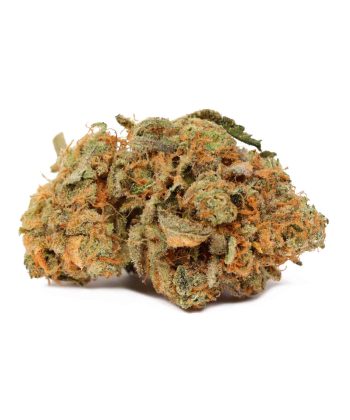 As powerful as Don Corleone or Tony Soprano but nowhere near as intimidating, Mob Boss is a balanced hybrid with strong genetics. It is a cross between the famed Chemdawg D and Tang Tang, a hybrid created by Grindhouse Medical Seeds. Mob Boss tends to lean sativa, with a somewhat cerebral high, but different phenotypes of this strain may offer users different effects. Mob Boss’ THC content ranges from 20% to 27%.

Mob Boss is marked by small to medium buds that have a somewhat tapered, conical shape. The buds are very dense when properly cured, with the light green leaves tightly coiling in on themselves. Red hairs — which are pistils, intended to catch pollen from fertilizing male plants — are threaded through the leaves. These already-colourful flowers are covered in trichomes, lending them a silvery and moist-looking sheen. As a result, the buds of Mob Boss can be very sticky and difficult to break up without the use of a grinder. The smell of sweet citrus jumps off of these flowers, with herbal notes lurking just underneath. Breaking open or combusting the flowers gives off a more musky odour. The smoke from this strain is harsh and cough-inducing and can sting users’ eyes and sinuses. On the exhale, the overall impression is a mix of sweet and sour flavours that tends to linger on the palate.

Mob Boss is known to take hold of users quickly. It begins as a head buzz that is accompanied by an intensification of the senses — smokers may perceive sounds and colours differently. After adjusting to this altered state, many find that this strain has a strong cerebral character that may work well in situations that call for creative thinking or problem-solving. This sensory sharpening can also feel psychedelic — sensations like visual distortions and time dilation are possible. If enjoying Mob Boss in a relaxed set and setting, some might detect a slight body buzz which, while it may not bring about couchlock, will at least engender some relaxation.

As with its recreational uses, the medical applications of Mob Boss can be both mental and physical. Its ability to elevate mood can have considerable benefits for those suffering from stress, depression, anxiety, and even PTSD. Those with attention deficit disorders might also find that Mob Boss allows for increased and sustained concentration. Alternatively, this strain’s palpable indica buzz can be used to treat mild to moderate aches and pains. It can also be a potent appetite stimulant and, in large enough doses, can be used to treat insomnia. A small amount of this strain goes a long way, and those with a lower tolerance for THC should with a low dosage and then adjust consumption accordingly.

A few different companies have released packaged seeds of Mob Boss. It can also be grown as a clone if growers can obtain clippings from a healthy, mature plant. This strain can be cultivated indoors or out, but outdoor cultivation calls for Mediterranean-like climates with constant humidity and daytime temperatures in the 70 degrees Fahrenheit range. Indoors, Mob Boss’ height can be trained to a maximum of about 4 feet, as long as growers train their plants by bending and pruning branches early on in the vegetative stage. Additionally, thanks to a favourable leaf-to-bud ratio, growers may not need to trim these plants as frequently as those of other varieties. Mob Boss typically flowers within 9 to 10 weeks when grown indoors and is ready for harvest in early October when grown outdoors. Growers can expect yields of 1.3 to 1.6 ounces (or about 37 to 46 grams) of flower per square foot of plant.

Growers should also properly cure their harvested buds to preserve Mob Boss’ potency and unique taste. The curing process involves first drying the buds by hanging them upside down for about a week in a room that maintains 50% humidity and a consistent temperature of 70 degrees Fahrenheit; and then sealing them in wide-mouthed jars in ambient surroundings of 70 degrees Fahrenheit and between 60-65% humidity, checking regularly for mould and mildew.

With a bold high that’s as enjoyable out with friends as it is during a lazy solo afternoon, Mob Boss is a uniquely versatile strain. It can enhance daytime or nighttime activities and its ideal meld of mental and physical effects can serve as an exercise aid, a creative muse, or even an aphrodisiac.