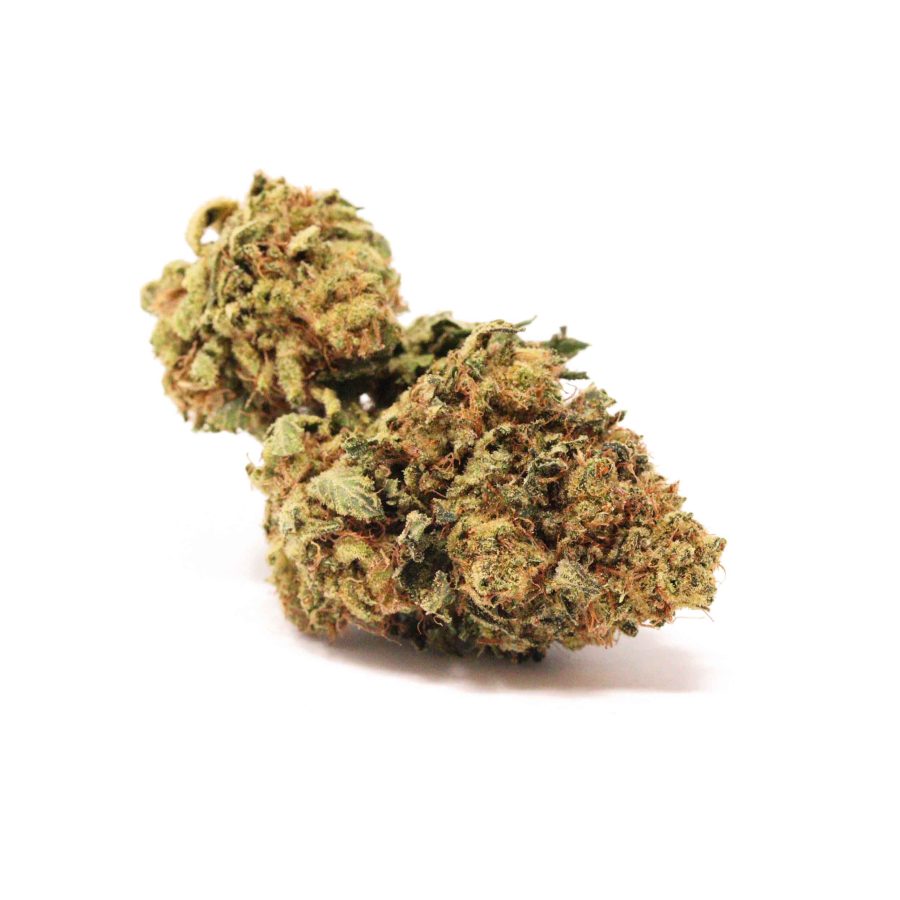 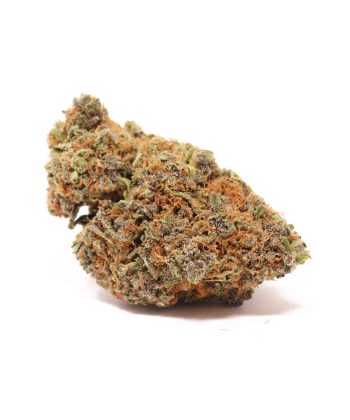 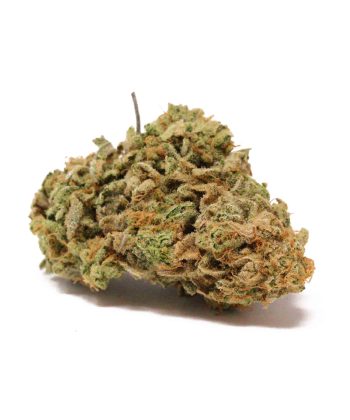 Legendary for its off-the-charts resin production, White Widow is a staple sativa-dominant hybrid with powerful energizing effects. It was produced by Dutch veterans Green House Seeds in the 1990s as a cross between Brazilian indica and South Indian sativa landraces. At the time, the underground cannabis market consisted mostly of early hybrids like Northern Lights and Haze, but White Widow has since joined the ranks of these legendary strains, winning an early High Times Cannabis Cup in 1995 and several awards since. Bred specifically for a high trichome count, White Widow is especially valued in the production of hash. This strain has an average THC composition of 20%, with some phenotypes exceeding that amount.

The buds of White Widow are chunky and somewhat conical and tapered. The bud structure of the flowers is more sativa than indica, with a loose and fluffy texture that can be broken up somewhat easily despite its stickiness. The leaves are spring green with few visible pistils.

When grown successfully, buds are entirely covered in long-stalked trichomes, lending the whitish-gray appearance that gives the strain its memorable name. White Widow is known for having a stinging, ammonia-like scent with some hints of earthy pine. Breaking buds open gives off a more hashy, incense-like odour. The smooth smoke tastes similarly earthy — users accustomed to fruity or tasty crossbreeds may be disappointed by White Widow’s relative lack of flavour. That said, White Widow is especially pungent when combusted, so smokers worried about discretion should plan accordingly.

White Widow can be grown from seed or from clone (achieved by planting clippings of mature and healthy plants). It is a mould-resistant strain, making outdoor cultivation an option — although an almost Mediterranean climate with constant temperatures between 70 and 80 degrees Fahrenheit works best. Despite a mostly sativa high, White Widow looks much more indica during the vegetative stage: plants are bushy and wide, and rarely exceed 6 feet in height. The plants flower within 9 weeks when grown indoors and are ready for harvest in early October when grown outdoors. Growers can expect about 37 to 55 grams (or about 1.3 to 2 ounces) per square foot of plant.

As if the Dutch reputation for quality cannabis breeding hadn’t already been established with highly successful strains like Big Bud, White Widow shows off the excellent results of studied and deliberate cultivation in the Netherlands. The super-sticky strain provides a cerebral high that, while sometimes daunting in large doses, mostly allows users to remain functional and aware of their surroundings. An excellent choice for chatty social use, this strain is an all-purpose perennial favourite. Its strong genetic foundation — it is crossed from Brazilian and South Asian landraces — has made White Widow a valuable plant for experimentation in crossbreeding; among others, it has yielded increasingly popular hybrids like White Russian and The White.

What this strain lacks in flavour profile, it makes up for in quick-acting cerebral effects. Users can become more acutely perceptive of their surroundings, tuned into sounds and patterns that may have gone unnoticed before. Enthusiasts also describe an almost immediate uplift in mood and energy and focus that can be applied to either mundane tasks like cleaning or more complex problem-solving processes. White Widow can also be creatively valuable, inducing a kind of rapid-fire thought association that can open up some previously unexplored territory. Psychedelic effects like visual distortion and increased perception can amplify the impact of music or art, while a very mild body buzz mellows users out. Because of its deeply cerebral effects, this strain is typically more psychologically than physically helpful. It can aid those with attention deficit disorders in sustaining focus on a single topic. It can also boost energy in cases of fatigue or depression. Some users have even described White Widow as efficient in relieving migraines. Because of its potency, the introspective mind-race associated with White Widow can sometimes veer into paranoia, and smokers may want to plan dosage accordingly.