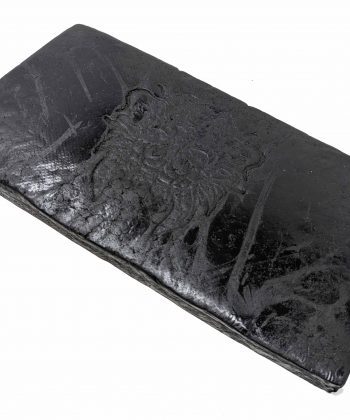 A strain by any other name would smell as sweet, so it’s a good thing that this many-moniker-having bud is so recognizable on its own. Sometimes known as A-B, Aurora B., or even simply Aurora, this masterpiece by Flying Dutchmen is a heavenly cross between Northern Lights #10 and Skunk #1. This layered and complex smoke is a collage of different effects that all wind down into a relaxing state of body and mind.

Sweet and fruity flavours give the high THC levels of Aurora Borealis an approachable feel if nothing else its enticing palate. The strong hash and skunk aromas are what gained this strain its popularity in both the Netherlands and overseas, but it’s the uniqueness of the Coca-Cola like flavour and scent that keep it in a league of its own. The buds are deep green and purple with rich purple hairs and frosty white trichomes, giving it a glow unlike any other. Some might even say it’s reminiscent of a natural phenomenon.

Aurora Borealis leans more toward indica in its effects, but being that it is a solid hybrid, the sativa of the strain is acutely apparent. Though the high begins relatively subtly, it builds to be quite talkative and uplifting. After a short while, you’ll start to feel utterly relaxed in your body. A rush of tingles brings in a wave of ease that overtakes your mind and leaves you feeling euphoric and happy. This phase comes with a complete lack of motivation and will have you couch-locked and lazy. Surprisingly, though, this high is one that ends on an uplifting note and will leave you without any deeply weighted or sleepy feelings.

There are endless uses for this strain and some of the most popular is due to its sedative properties. Because of these strong effects, it is great for the treatment of pain, muscle tightness, muscle spasms, headaches, and the occasional case of nausea. For mental health disorders such as depression, stress, and bipolar, the uplifting and levelling effects of the strain are perfect for soothing your symptoms.

Super high yields make this a grower’s dream plant. This is an ideal cash-cropper both indoors and out for its quick harvest and big yields. As this is a northern growing strain, it typically does well in cooler weather and for that reason is hugely popular in its homeland of The Netherlands as well as in Canada where temperatures tend to stay mild year-round. You can expect a flowering time of around 7 to 8 weeks and relatively easy cultivation.

If making it to the Northern Territories to see the phenomena in person isn’t in the stars for you, taking a ride through the Milky Way with this bud is a solid substitute. The subtle onset and long-lasting high will leave you satisfied and utterly blissful.