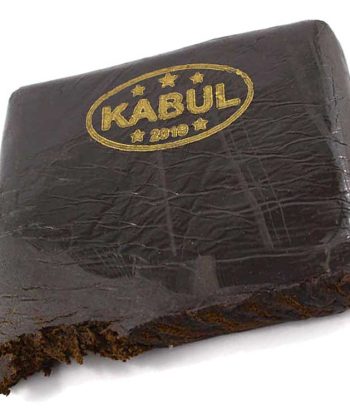 Banana Cream OG is a well-balanced hybrid with an appealingly dessert-like flavour. Created by Oregon-based growing operation Vagrant Hill Farms, this strain’s genetic background includes Banana OG, Ocean Beach OG and the uber-popular hybrid Blue Dream. Not to be confused with Banana Cream (which is also descended from Banana OG), Banana Cream OG carries potent effects to accompany its fruity taste. Its THC content has been measured at between a modest 15% and a staggering 30%.

Banana Cream OG is marked by medium to large-sized flowers that adhere in chunky, irregularly-shaped globes. These buds have an indica-leaning internal structure, with a solid, tightly-packed center. The small, wide leaves are a mossy shade of green and are shot through with curly, rust-coloured pistils. Finally, all visible nooks and crannies of these flowers are covered in cloudy, transparent trichomes that make them very sticky to the touch.

Although its parent strain Banana OG has a subtle banana flavour, that particular mix of terpenes doesn’t seem to have made it to Banana Cream OG. Instead, an initial inspection of the flowers may pick up on fruity notes of citrus. Grinding up the buds, meanwhile, yields some herbal, piney hints. When Banana Cream OG is combusted in a pipe or joint, it gives off a smooth, even smoke that goes down easily and leaves behind a creamy mouthfeel on the exhale.

Banana Cream OG’s high has a slow onset, leading some impatient consumers to increase their intake before they feel its effects. After about 15 minutes, though, some strange, head-focused sensations set in like flushing in the cheeks and some twitching around the temples. As these tics die down, smokers gradually become aware of an uptick in their thought patterns. Certain ideas may command more attention than they ordinarily would; similarly, some unforeseen connections between seemingly unrelated things may come to light. This deeply cerebral state can be a great way to get work done on all kinds of tasks. It may also inspire giddy energy and lively conversation when shared among friends. In some circumstances, Banana Cream OG’s mental stimulation can manifest as a weird kind of sensory distortion.

After a little over an hour, Banana Cream OG reveals its weighty physical properties. Ripples of relaxation may roll through the body, emanating outward through the core and extremities. Smokers who are active or out on the town can suddenly feel burdened, and any extended physical activity may be akin to wading through Jell-O. Those who are already lounging at home, though, can kick back and savour the strain’s soothing body stone. At this point, Banana Cream OG’s earlier mental acuity may start to dissolve, leaving users willing to do little more than kick back with a movie or some snacks. Because of its slow burn of sedation, Banana Cream OG is recommended for consumption later in the day or early in the evening.

Banana Cream OG’s multifaceted high can also have some usefulness for medical cannabis patients. Its initially cerebral mood can facilitate productivity for those with attention deficit disorders. The strain’s generally upbeat mood can also improve the symptoms of stress and depression (albeit only temporarily). Physically speaking, the strain can diminish all kinds of aches and pains, including those due to chronic conditions like arthritis or fibromyalgia. Its ability to bring about the munchies may even enhance appetite for those undergoing chemotherapy or dealing with digestive issues. Because its feelings of mind race can be disorienting the wrong set and setting, Banana Cream OG should be consumed with some caution by patients who are prone to panic or paranoia.

Unfortunately for prospective growers, Vagrant Hill Farms has not made seeds of Banana Cream OG available online. Instead, those looking to cultivate this strain should obtain clippings from mature, healthy plants. These can be grown as genetically identical “clones” and may thrive indoors or outdoors in a hot, humid climate. Plants follow an indica template, with a short and bushy stature; gardeners may need to trim back any broad, obstructive fan leaves from time to time. Banana Cream OG flowers within 8 to 9 weeks when grown indoors.

Although it doesn’t have much of a banana flavour, Banana Cream OG is a crowd-pleaser nonetheless. Its versatile high is suited to a wide range of activities.