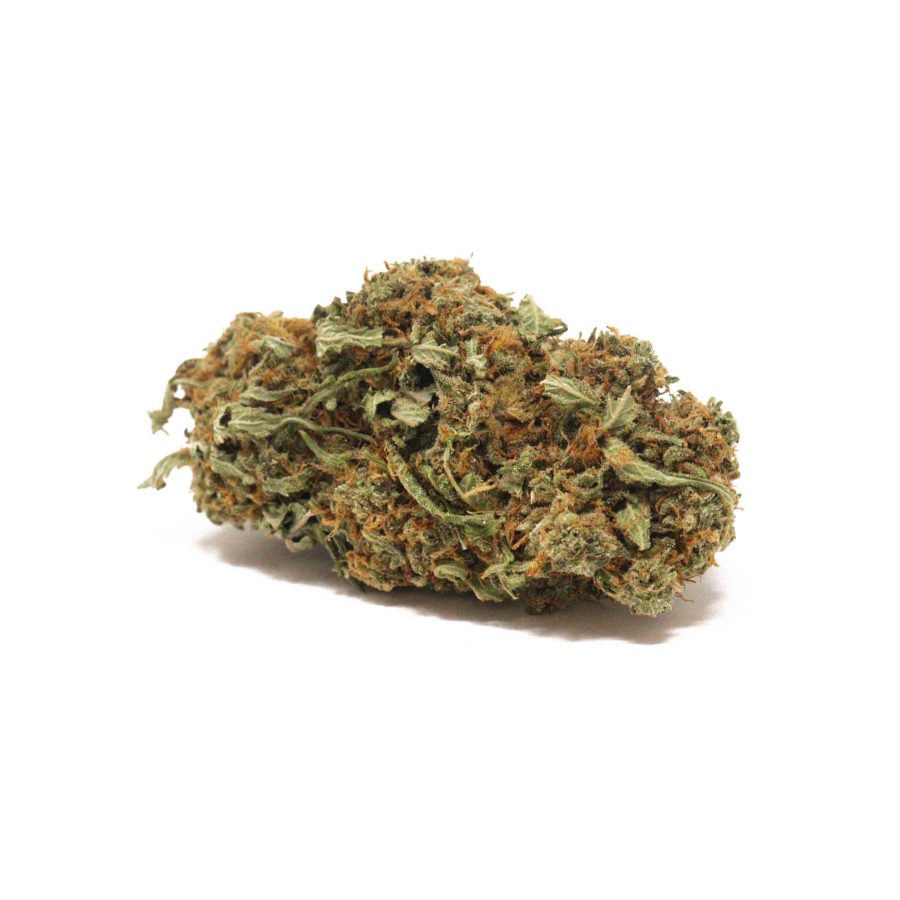 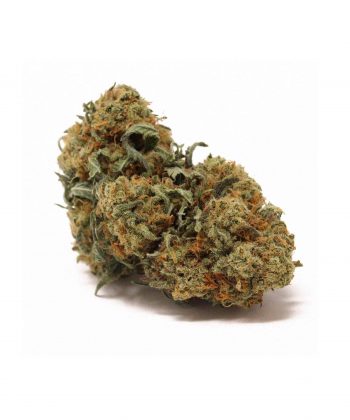 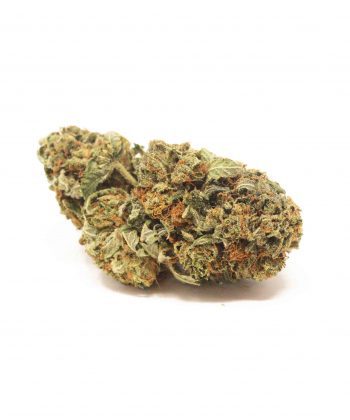 Black Jack is a name applied to two closely related strains. One strain was created by Sweet Seeds and is a cross between two Sensi Seeds parents — the mostly indica, Afghani landrace-derived Black Domina and the more balanced Jack Herer. The other Black Jack strain (sometimes spelled Blackjack) was created by Nirvana Seeds. This latter Blackjack is a cross between Black Domina and Jock Horror, Nirvana’s own spin on Jack Herer, which is a sativa-dominant cross between staple strains Northern Lights, Skunk, and Haze. The THC composition of these Black Jacks cumulatively ranges between 15% and 25%.

BlackJack buds of the Nirvana variety tend to be smaller and popcorn-like, with pale green leaves and orange pistils that are covered in trichomes. The nugs of the Sweet Seeds variety on the other hand are larger and denser, sometimes with a purple tint to the leaves. Both varieties are very sticky and difficult to break up by hand. The high resin content of these strains makes them ideal for the production of hash and other THC concentrates. Both Black Jack strains smell and taste of wood and pine, but the Sweet Seeds type carries over the distinctive floral smell of its Jack Herer parent, with fresh grapefruit balanced out by some musk and tobacco. Nirvana’s variety, while similar, may also have a hint of berries. The smoke from both Black Jack strains is often described as heavy, but smooth to inhale. Both taste sweets and are slightly creamy or malted on the exhale.

Sweet Seeds’ Black Jack has a high that strikes the user quickly, leading to a sense of heaviness in the head. As it progresses, the effects are generally uplifting, anxiety-reducing and depression-relieving. Users report a lasting sense of focus and motivation, although this energy can veer into jitters and paranoia depending on dosage and individual tolerance. Although there is a mild body high, this strain, like Jack Herer, strikes a very good balance between cerebral and physical effects. Sweet Seeds’ Black Jack is appropriate for daytime use for users looking to complement daily activities or possibly exercise routines.

Nirvana’s Black Jack has many of these same properties but coupled with a nice bodily effect, often described as relaxing. The strong pull of this strain may slow users down, but will not necessarily lead to immobilizing couchlock. The sense of physical relaxation can contribute to relief from chronic pain and can also be a remedy for insomnia. The mental effects of Nirvana’s Black Jack are often described as more psychedelic than cerebral — visual distortions, strong time dilation, and a generally trippy sharpening of the senses may not be uncommon. Because of the possibility of couchlock and this strain’s other disorienting effects, it is recommended for evening or nighttime usage, as a social lubricant or an individual sleep aid.

Both the Sweet Seeds and Nirvana Black Jack varieties have a high that is thought to last much longer than average — from 3 to 4 hours depending on the dosage.

Either strain of Black Jack can be grown by newcomers to cultivation with relative ease. Both strains can be grown indoors or out. Outdoors, need consistent but dappled sunlight and a consistent ambient temperature of between 70 and 80 degrees Fahrenheit. Indoor growing is convenient, as the plants of both strains tend more towards a bushy indica shape, with moderate height but strong lateral branching. With both strains, expect to see large spaces between the individual bud sites, or nodes, on the stems. Sweet Seeds’ BlackJack flowers in just eight to nine weeks indoors. Nirvana’s Blackjack, on the other hand, requires between nine and eleven weeks to flower. Because of their complex aromatic genetics, these strains can be very pungent towards the end of the flowering period, which may be a concern for growers looking to keep a low profile. Both have a typically high yield and can produce up to 500 grams (or about 1 pound) of flowers per square meter. Both Sweet Seeds and Nirvana sell packaged seeds of their proprietary Black Jack varieties online; alternatively, either of these strains can be grown as clones by obtaining a clipping from a healthy, mature plant.

Independent of their producers or genetic differences, the Black Jack strains are unique in their boldness. Both are built on sturdy, time-tested strains that impart striking scent and flavour profiles. Both also offer a heavy, steady high that lasts longer than average, providing an economic benefit to the consumer. Depending on its lineage, Black Jack can be a welcome strain for the busy user trying to energize or lift their mood… or just a delicious treat for the user looking to unwind as the day ends.