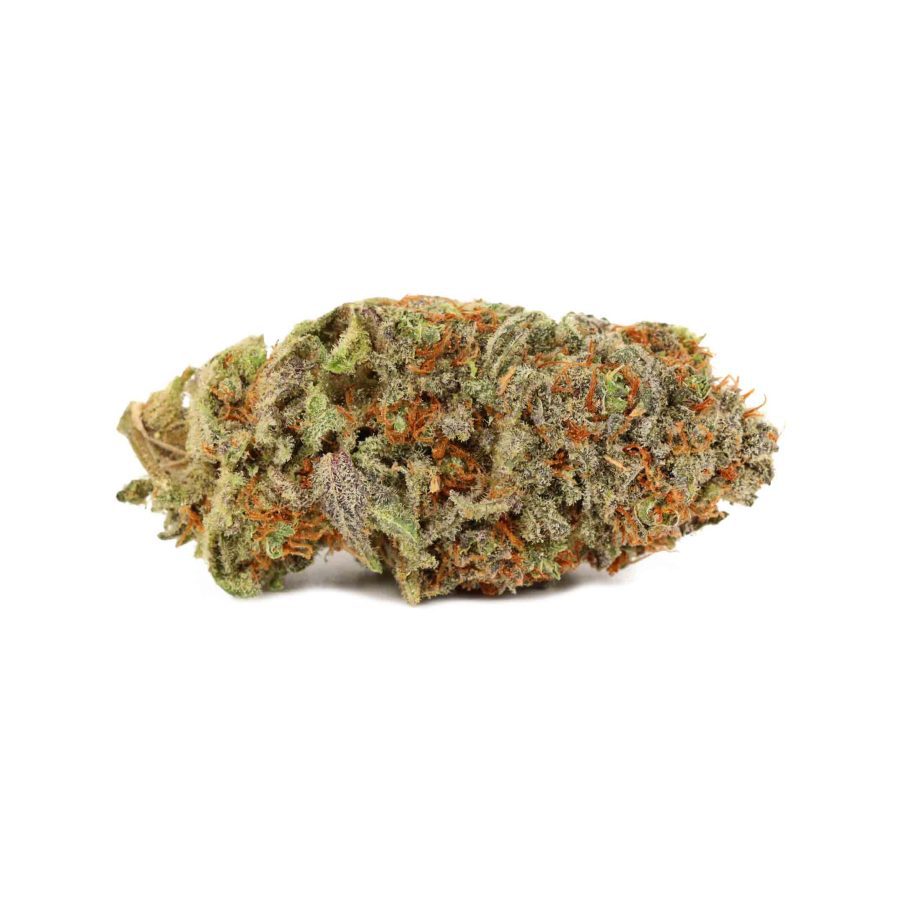 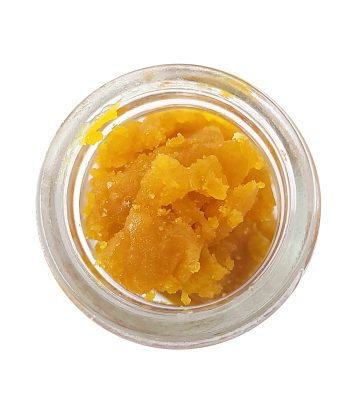 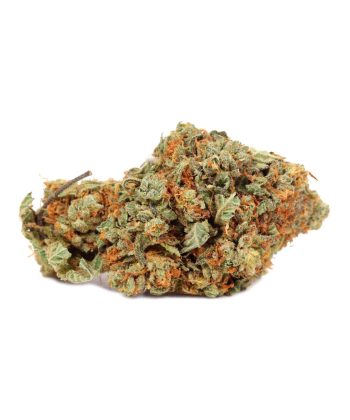 Descended from two powerhouse strains, Blueberry Jack is a bold, fruity hybrid that’s sure to please cannabis newcomers and veterans alike. This strain is a cross between DJ Short’s Blueberry and perennial favorite Jack Herer and offers all the refreshing aroma and potency of both parent strains. With an optimal balance between head- and body-focused effects, this strain has something for everyone. Its THC content has been measured at between 16% and 25%.

Blueberry Jack is distinguished by its well-formed flowers which range in size from small to medium. These buds have a classically indica structure, densely packed, and with small leaves that curl tightly inward toward their central stems. The leaves themselves are a vivid shade of spring green and are twisted through with hairy brown and orange pistils. A dusting of cloudy white trichomes makes these flowers somewhat difficult to break up by hand.

When properly cured, these flowers give off the unmistakable blueberry aroma of their famous parent strain. On closer inspection, a woodsy scent of fresh pine is hanging out underneath. Grinding up the thick buds yields some of the herbal lightness often associated with Jack Herer. When burnt, Blueberry Jack gives off a very smooth and easily ingested smoke. This smoke tastes like a combination of blueberry and citrus on the exhale.

Blueberry Jack hits fast, with an action that centers on the brain. Soon after experiencing initial effects like increased blood pressure at the temples and around the eyes, users are launched into new heights of cerebral activity. Certain thoughts and ideas can inordinately occupy the smoker’s attention, making this early phase of the high a good way to try and concentrate on complex, analytical tasks. Some users may find that their trajectory of thought jumps around in rapid free association, making concentration on a single job somewhat difficult; in such circumstances, Blueberry Jack can simply be a fun way to share some giggles and free-flowing conversation with like-minded friends. After some time, a tingle may take hold in the consumer’s limbs and core as the strain begins to exert body-focused indica effects. While such relaxing properties may have some headed for the closest comfortable surface to lounge on, Blueberry Jack is not likely to knock users out right away. Instead, any previously exacting, complex thoughts may become more dreamy and rambling. Additionally, this more relaxing stage of the high can be a fun and trippy way to enjoy some immersive music or visually-engaging TV shows or movies. However you choose to enjoy Blueberry Jack, though, strive for the late afternoon through early evening consumption — smoked too early in the day, this strain can cause afternoon sleepiness; smoked right before bed, it can keep users alert and wired.

Blueberry Jack can also have several applications for medical cannabis patients. Its cerebral energy can help some of those with attention deficit disorders to sustain focus on a single task. Its immediate sense of vibrancy can also help to temporarily improve the symptoms of stress and depression. This strain can also be an analgesic for physical pain, whether it’s temporary, due to injury, or chronic, as due to conditions like arthritis or fibromyalgia. In some cases, the bud can also stimulate the appetite, making it a useful supplement for those who’ve lost their hunger to disease or medication. Because it can bring about a fairly intense cerebral state, those who are prone to panic or paranoia should consume Blueberry Jack with some caution.

Seeds of Blueberry Jack do not seem to be available for digital retail. Instead, those looking to grow the strain should obtain clippings from mature plants to foster clones. Plants can be grown indoors or out, although successful outdoor cultivation calls for a semi-humid, Mediterranean-like climate. Luckily, these short and bushy crops are easily accommodated indoors. Blueberry Jack flowers within 9 weeks when grown indoors.

Blueberry Jack is a must-try for indica and sativa lovers alike. Its appeal speaks to the staying power of its parent strains — two of the cannabis market’s most successful staples.