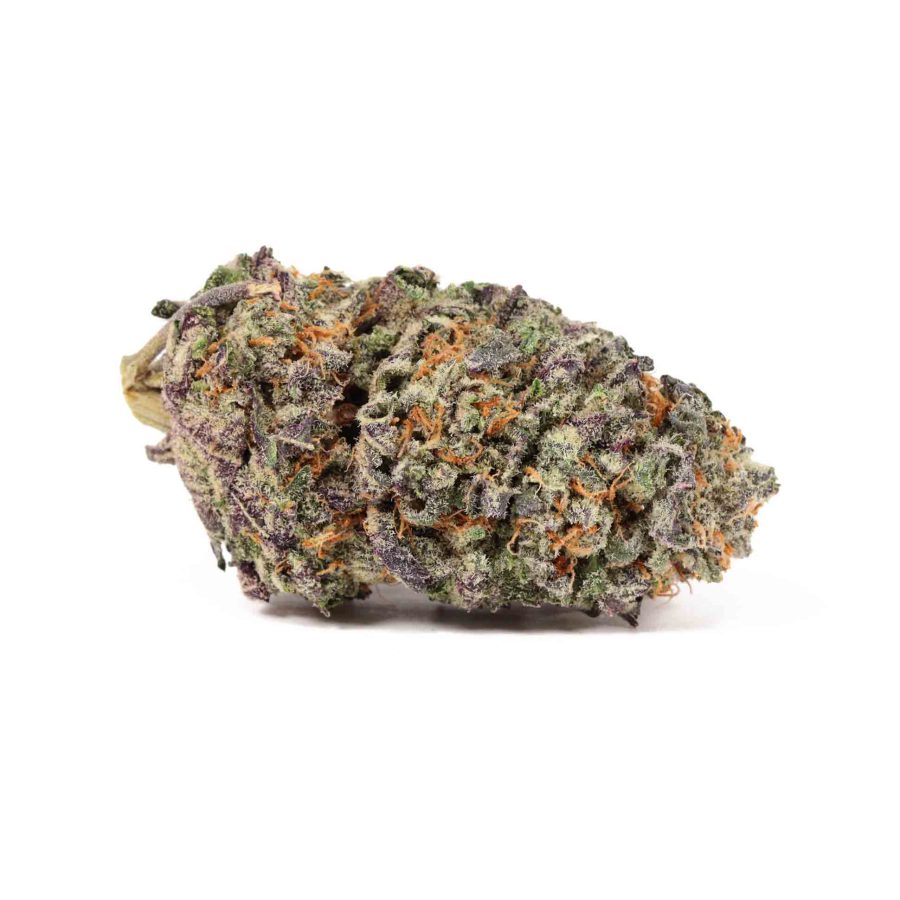 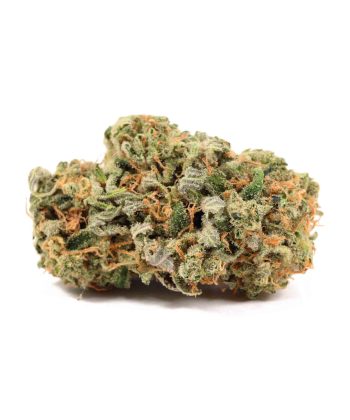 If you’re a fan of strains that smell and taste exactly as they’re named, then Blueberry Muffins will be your new favourite. Sometimes referred to as just Blueberry Muffin, this indica-dominant bud hails from Humboldt Seed Co. There, the team crossed Afghani with Blueberry to result in a bud that’s full of physical and cerebral effects, however, some believe that Purple Panty Dropper also played a role in this creation.

A great choice for most users, Blueberry Muffins clocks in with a high of 19% THC. Her nugs are incredibly frosty and dense with blue undertones and bright orange pistils. As you’ve already surmised, the flavour and aroma are akin to a freshly baked blueberry muffin along with vanilla and nuts. Some can detect hints of other berries as well, making this a true dessert strain.

Blueberry muffins may be a typical breakfast item, but you’ll want to smoke this strain at the end of your day. Your high begins with bold indica effects that make your mind slightly foggy while bringing you to a completely joyful place. Relaxation comes in waves, allowing you to notice how each part of your body feels as tingles wash from head to toe. For some, focus does eventually improve, but what’s certain is that the munchies will strike with a force to be reckoned with. Have some snacks handy – you’ll thank us later.

From a medical standpoint, while Blueberry Muffins isn’t the most powerful girl on the block, she’s so delicious that she makes up for it. Individuals who struggle with stress and depression will find a ton of relief as their mental state is wiped clean, and bodily pain ends up getting numb due to their physical effects. If you smoke enough of this bud, you’ll likely relax into a deep slumber, allowing users who battle insomnia to get a good night of sleep for once.

Home growers will likely form a strong bond with this strain as it’s relatively easy to grow and mature rather quickly. Given that Blueberry Muffins were initially cultivated in Northern California, the plant loves a lot of light and needs it to thrive. Indoor and outdoor scenarios are just fine, and after 6 to 7 weeks inside she’ll produce a fairly large yield.

When you want to let go of a long day and enjoy a tasty treat at the same time, Blueberry Muffins has exactly what you’re looking for. Keep in mind that this strain is intended for nighttime use only, but her flavours are so appealing you just might want to light up in the morning. Perhaps a lazy Saturday could be a fitting time for experimentation, as long as you keep your dose in check.