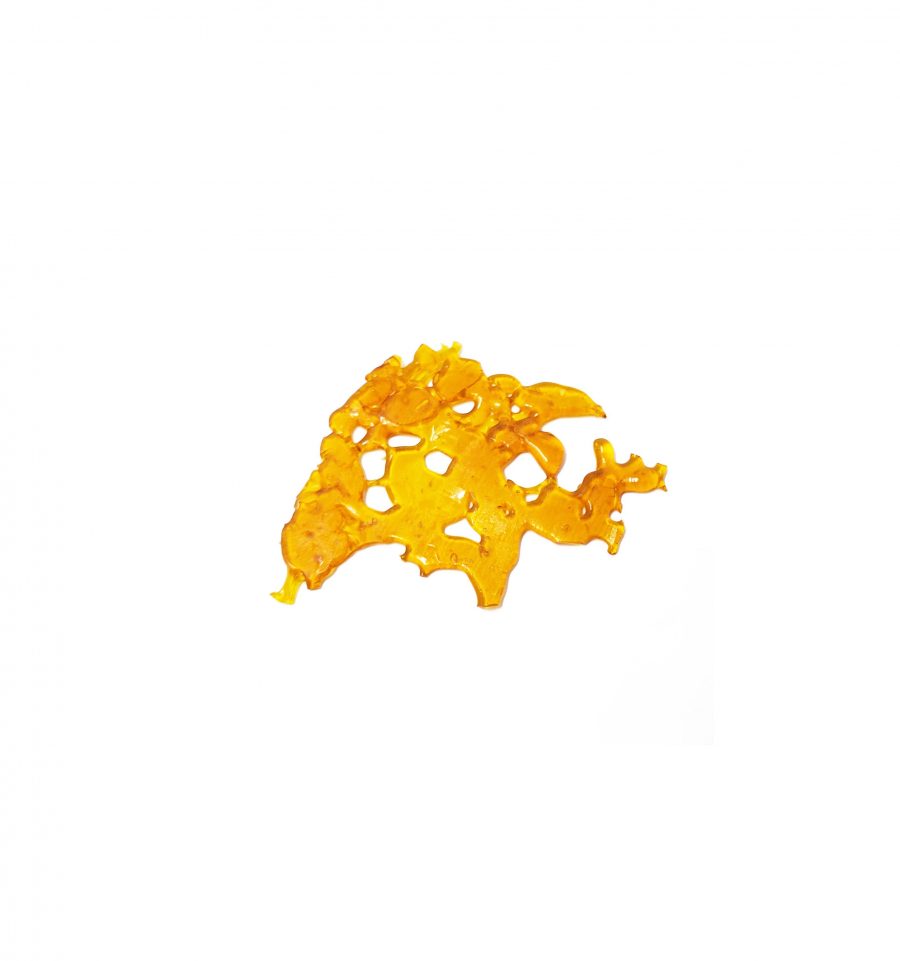 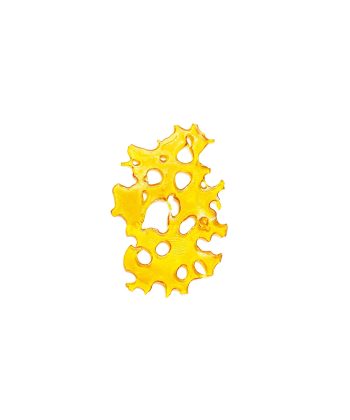 Rated 3.00 out of 5 based on 4 customer ratings
4 Reviews
Email to a friend

Bubba Kush shatter by Bulk Buddy, is a heavy Indica hybrid that enjoys very wide popularity. The strain’s original L.A. breeder claims that while one parent was an OG Kush plant, the other was an unnamed Northern Lights phenotype brought back from Mardi Gras in New Orleans; this unnamed mother strain affectionately came to be known as “Bubba,” and has since been lost. Prior to 1998, Bubba Kush was only available as a clone, but it has since been replicated so that its seeds could be packaged and sold. Bubba Kush is a classic indica with a solid sedative high that leaves users relaxed but still functional. It has a typically high THC content, ranging from 74% to 78%.

Bubba kush shatter has small to medium-sized buds that have the dense bud structure characteristic of indica varieties. The leaves are dark green and can sometimes show shades of purple, the result of anthocyanin pigments having been activated by cold temperatures during the growing process. This is a very resinous strain — a coating of white trichomes covers the colorful leaves, and are even visible on the inside when buds are broken open. The flowers have a vague aroma of coffee or cocoa, with some slight fruitiness beneath.

When burnt, Bubba Kush smells more hashy and spicy, as might be expected of a Kush, with smoke that is fairly harsh and cough-inducing. Notably, this is one strain whose purple flowers do not result in a grape-like taste: the pigments that determine Bubba Kush’s color do not affect flavor. The taste is mostly dank, with some sweetness and a peppery kick in the exhale. This is also a particularly pungent strain — users concerned about discretion should plan accordingly.

Unusually for such an indica-heavy strain, Bubba Kush’s high begins with a warped, disoriented sensation in the head. This fogginess, however, gives way to a more expected body melt that intensifies as the high wears on. Although not necessarily energized, smokers can maintain mental focus and converse or perform tasks as needed. Mostly, users will experience heavy, slow-breathing relaxation and a palpable sense of physical comfort. Couchlock is uncommon, leaving users functional and alert. Bubba Kush’s medical uses are mental as well as physical — it can provide some relief from anxiety and depression in addition to soothing chronic, deep-seated aches and pains. In large enough doses, it can serve as treatment for insomnia as well. Many users describe increased appetite as a common side effect. Well-suited to nighttime or lazy daytime use, Bubba Kush’s stimulation of both body and mind makes it great for activities that involve both — including, but not limited to, exercise and sex.

Bubba is a relatively easy to grow and is recommended for newcomers to cannabis cultivation. Stocky and bushy like most other indica varieties, its plants can be grown indoors, outside, or in a greenhouse. Outdoors, the strain has the advantage of being naturally resistant to molds and other pests, but growers will have to ensure consistent sunlight and a constant daytime temperature between 72 and 80 degrees Fahrenheit. Bubba Kush grows well indoors in soil, but may have a higher yield if grown in hydroponic solution. The strain flowers between 8 and 9 weeks when gropwn indoors and is ready for harvest outdoors in early October. Though the yield for the plants of this strain is typically lower — from 32 to 35 grams (or 1 to 1.2 ounces) per square foot — the quality of the flowers is very high. The dense buds are covered in sticky trichomes, making them valuable for curing and direct sale as well as for production of hash and other concentrates. Growers should be sure to properly cure the mature buds by hanging them upside down for about a week in a room that maintains 50% humidity and a consistent temperature of 70 degrees Fahrenheit; and then sealing the dried buds in wide-mouthed jars in a room with a temperature of 70 degrees Fahrenheit and 60-65% humidity.

With a healthy fan base and immediate name recognition, Bubba Kush is a staple of the U.S. cannabis market. Its potency and solid indica genetics have crossbred into a slew of child strains like Blackberry Kush, Bubba’s Gift, and Madness. Definitely more of a nighttime strain, this aromatic smoke and relaxing high can be a great way to unwind after a long day