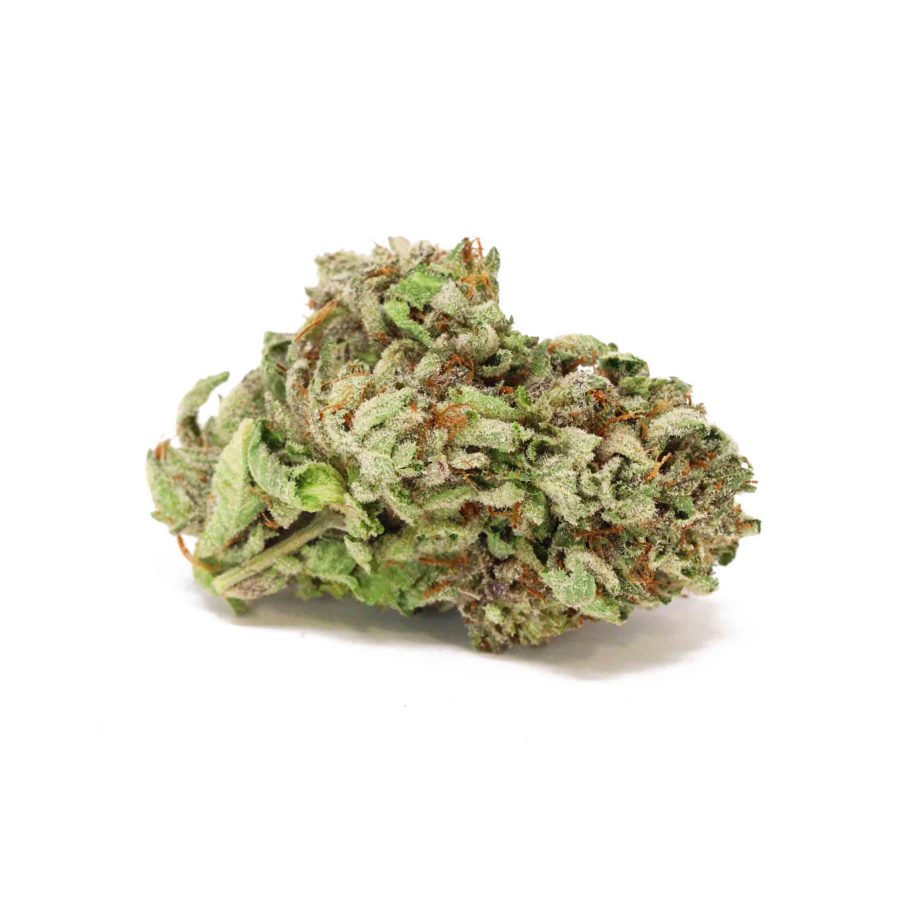 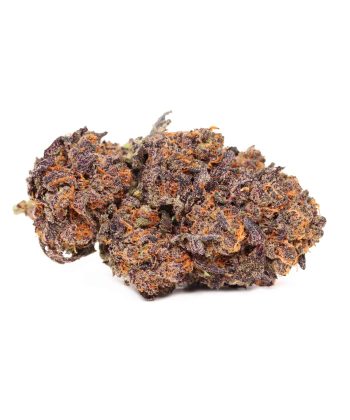 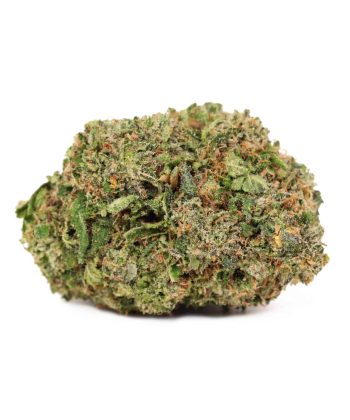 Also known as “Purple Hindu Kush”, Purple Kush not available at Bulk Buddy’s Online Curated Dispensary is a pure indica that sets itself apart from other indica hybrids with its eye-catching colours and pleasant taste. It was created by breeders in a neighbourhood of Oakland, California dubbed Oaksterdam, one of the oldest legal medical marijuana areas in the United States. Purple Kush is a cross between two South-Central Asian indica landraces: the Hindu Kush, from the mountainous Pakistan-Afghanistan border, and a purple-tinged variety of Afghani. With 100% indica genetics, it provides a slow and relaxing full body stone. Named a Top 10 Kush Strain by High Times magazine in 2016, Purple Kush has a THC composition ranging from 17% to as much as 27%.

This strain has medium-sized, popcorn-like flowers when cured, with a very dense, heavy bud structure. Depending on the phenotype, leaves can be equal parts green and purple. The tendency towards purple, selectively bred from the Purple Afghani parent strain, comes about when the plant’s anthocyanins — pigments similar to chlorophyll — are activated in cold growing conditions. This process is similar to the breakdown of chlorophyll and the stimulation of red and yellow pigments that causes foliage to change colours in autumn.

As with parent strain Afghani, Purple Kush also has a very high capacity to create sticky resin, making it valuable in the production of hash and other concentrates. The tightly curled flowers are covered in trichomes, giving the green and purple leaves a dewy white sheen. Orange pistils, intended to catch pollen from male plants, stand out against the already-colourful flowers.

Purple Kush’s bag appeal isn’t only limited to visuals — the buds also have a standout taste. The initial impression is similar to the odour of Afghani strains, with an earthy, almost sandalwood musk. Closer inspection brings out sweet and fruity notes of grape. When combusted, the flowers have a simultaneously fruity and hash-like odour and smoke, which can sting sinuses and bring about heavy coughing. On the exhale, smoke from Purple Kush has a sugary grape-like taste that may remind some of the sweet dessert wine or purple cough syrup.

Unlike some hybrids that start with a disorienting head high that melts into a slow sense of calm, Purple Kush eases you straight into physical relaxation. Although there may be some mental effects, they have more of a psychedelic, distorted nature than a cerebral one. Smokers may appreciate the calming effects of music or tactile surroundings. However, rather than stimulate hyperactive thoughts and sharp focus, this strain is more likely to bring about a state of dopey contentedness. The perma-smile and heavy body stone that comes with Purple Kush call for nighttime enjoyment of this indica knockout. Purple Kush can also be effective as a medication. Its powerfully sedative effects can blunt some symptoms of anxiety and depression. It can also be surprisingly effective in relieving pain — both situational, like the aches that set in after a workout, or chronic, like the nerve-related pain that comes with cancer or fibromyalgia. In large enough doses, Purple Kush is also a great way to treat entrenched insomnia. The strain’s high is said to have an average duration of 2 to 3 hours.

As might be expected of a purely indica plant, Purple Kush grows low and bushy. Those looking to cultivate their plants of the strain may have success outdoors or indoors but may have more success indoors where they can control the growing conditions. Large numbers of plants can easily fit within a vertically limited grow space, as they seldom exceed 3 feet in height. To bring out Purple Kush’s trademark purple hues for its full visual potential, growers may also want to shock the plants and activate the anthocyanins by exposing them to cold temperatures; however, growers should be sure to only take this step shortly before harvesting so as not to reduce the plant’s overall yield. Purple Kush plants flower within 8 weeks when grown indoors and in mid to late September when grown outdoors. Under ideal conditions, growers can expect a moderate yield of about 37 grams (or 1.3 ounces) per square footage of plant.

Finally, those who have successfully harvested a crop of Purple Kush will want to properly cure their buds to preserve the colourful and tasty flowers — all that’s required is hanging the buds upside down for about a week in a room that maintains 50% humidity and a consistent temperature of 70 degrees Fahrenheit and then sealing the dried buds in wide-mouthed jars in ambient surroundings of 70 degrees Fahrenheit and between 60-65% humidity.

Purple Kush has the special distinction of being visually striking and boldly flavoured without sacrificing genetic stability — unlike many hybrids that are specifically crossbred for taste, this strain has roots that stick as closely as possible to the cannabis species’ origins in Asia. It’s no wonder the variety has spawned popular imitations like Las Vegas Purple Kush. An excellent evening smoke at the end of a long day or week, Purple Kush is uniquely mouth-watering and relaxing.