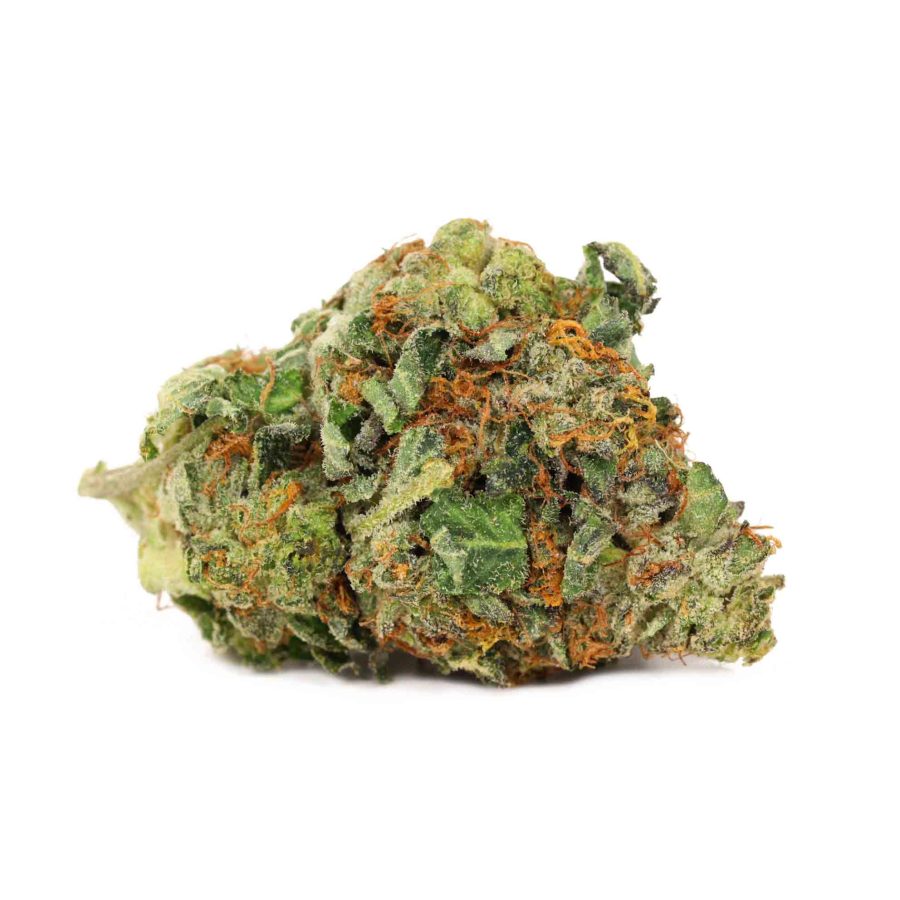 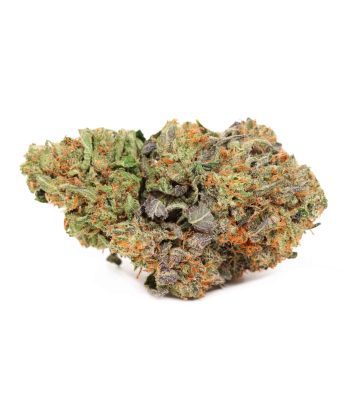 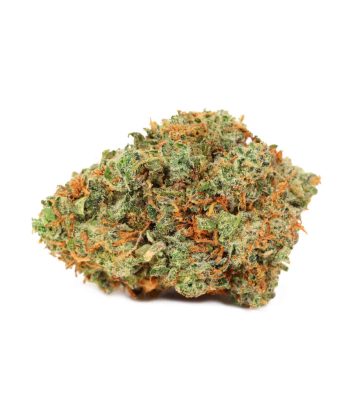 Death Bubba is an indica dominant hybrid (70% indica/30% sativa) strain created as a descendant of the hugely popular Bubba Kush strain. This dank bud boasts an insanely high THC level that ranges between 25-27% and effects that can end in an almost death-like sleep. Almost immediately after smoking, you’ll feel a wave of rushing focused energy wash over you that leaves you uplifted and motivated with tendencies towards having psychoactive experiences. As the high continues, you’ll be eased into a state of utter relaxation with deep introspection and spaciness that can cause you to become distant in social situations. Upon the comedown from the high, Death Bubba pulls you into a deep and peaceful undisturbed sleep that lasts for hours on end, giving you the appearance of being unwakeable. Death Bubba has an aroma of musky earthy pine and a taste of spicy lemon pine with a hint of pungent earth upon exhale. This bud has medium-sized dark forest green nugs with rich purple undertones and a spattering of fiery orange hairs. Each nug is completely covered with dark olive green leaves that are almost furry and have a thick layer of frosty sandy white trichomes.

This is truly an amazing strain of weed that is Indica dominant and gets its power from a genetic line that is comprised of OG Kush and Trainwreck. Just looking at it could make you happy, staring at the many different colour combinations it can have, including mixes of purples, greens, and even pink and blue hues. It has a nice, sweet berry pine flavour, and a scent that is sweet, earthy, and reminiscent of pine trees. This strain of weed combines the debatable downside effects of sleepiness and laziness, with happiness and utter glee. Expect to experience couchlock during a good portion of your high as well. Medically, it is mainly used to treat the symptoms of stress and anxiety, but it is also used on a regular basis to treat insomnia, pain, and lack of appetite. As usual, the cottonmouth and dry eye combo are present, and on rare occasions, there have been other downsides noticed, such as dizziness, paranoia, and anxiety.