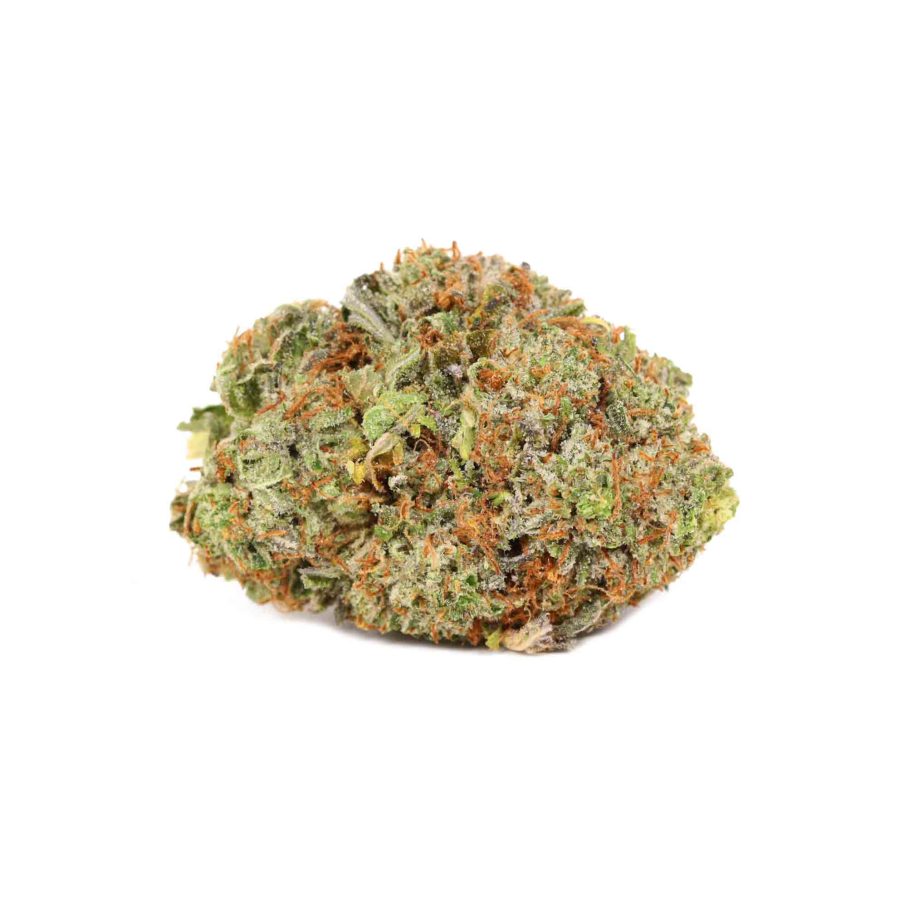 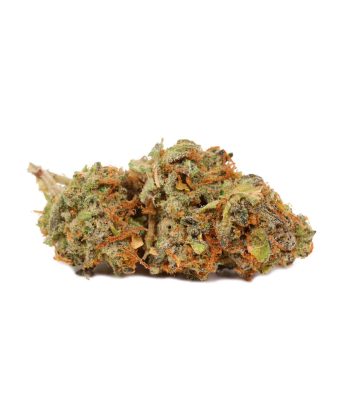 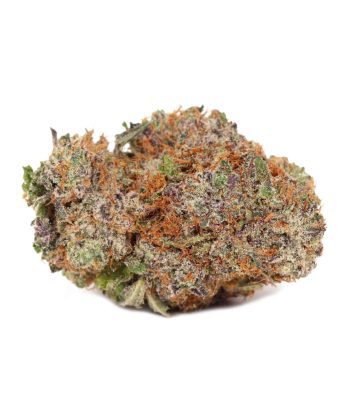 Not as sinister as its name implies, Diablo OG is a Sativa-dominant hybrid that confers relaxation and mental stimulation. Different phenotypes of this strain have tested at between 15% and 20% THC; as a result, the effects are mild to moderate but can become more potent as the dosage is increased.

There is some ambiguity around this strain’s parentage. It is commonly thought to be a cross between an OG Kush parent and Diablo, a Sativa hybrid created by Canadian seed company Next Generation; the Diablo parent strain (which won the long-running British Columbia Harvest Cup in 2002) is itself a cross between flavorful Blueberry, Grapefruit, and South African landrace strains, giving it the complex fruity flavour that is so evident in Diablo OG. Others claim that Diablo OG is simply a distinct phenotype of the OG Kush-descended Ghost OG; however, Diablo OG’s effects are generally more cerebral than the couchlock typically associated with Ghost and other OGs.

The creation of Diablo OG is often credited to Los Angeles-based dispensary Reseda Discount Caregivers. Reseda is also known for signature OG strains like Herijuana OG, a potent indica-dominant strain that is beneficial for insomnia relief.

When properly cured, healthy buds of Diablo OG are large and dark green. Some phenotypes show traces of purple, the result of high amounts of anthocyanin compounds in the leaves that turn purple when exposed to cold air. Brown to dark orange pistils is threaded through the dense Diablo OG buds. The flowers are covered in sticky crystalline trichomes — this strain’s high resin content makes it a popular choice for the production of concentrates like shatter and butane hash oil. The smell of Diablo OG can be broadly categorized as both flowery and diesel-like; closer consideration yields notes of pine and citrus fruit. Diablo OG also retains the trademark OG hashy, Munky undertones.

The smoke is said to be smooth but lung expanding, and to taste sweet with hints of spice and pepper when exhaled. This is a very pungent strain and should be treated as such by both consumers and growers if discretion is a concern.

It may take some time before the effects of Diablo OG are fully appreciated: users report waiting up to 15 minutes to feel its well-balanced high. The predominant characteristics are a clearheaded sense of focus — albeit without the intensity that can provoke paranoia and anxiety in some users — and a thorough sense of physical relaxation, soothing chronic pain, and sore muscles. Many users report some relief from acute anxiety and a renewed sense of perspective and clarity. This mental acuity has been compared to the soaring Sativa effects that result from South African landrace strains — lending further credence to the idea that Diablo OG is descended from the original Diablo strain. Unlike many other OG strains, Diablo OG is not particularly known for inducing incapacitating couchlock, and it can be enjoyed in tandem with activities that require some focus or mobility. One common complaint is pervasive dry mouth, particularly when this strain is smoked in large quantities in rapid succession. Because of its even-handed effects, Diablo OG is appropriate at any time of day — whether as an uplifting, motivating aid or a soothing bedtime medicine. Fortunately, this strain’s high is said to last longer than average.

This is a clone-only strain, meaning that prospective growers need to obtain viable clippings from a mature plant to cultivate Diablo OG. An outdoor growing environment should have a consistent temperature between 72 and 80 degrees Fahrenheit. Despite the strain’s Sativa dominance, Diablo OG plants are more indica in appearance; indoor growers will need enough space to accommodate bushy plants with strong horizontal branching. Plants that are successfully grown from clones should reach anywhere from 5 to 6 feet in height. Growers will want to practice topping or trimming the fan leaves towards the top of the plant’s central stalk to ensure that flowers on lower branches receive the maximum amount of light. Diablo OG plants typically flower between 7 to 8 weeks when grown indoors and are ready for harvest in late September when grown outdoors. The yield is moderate, although buds themselves are typically larger than average. Since this strain is also particularly pungent, growers cultivating indoors should make use of odour-control technology like carbon filters.

Diablo OG is popular in California but is relatively difficult to find outside the West Coast. Its moderate THC content makes it a suitable strain for novice smokers, although it’s potent enough to keep cannabis enthusiasts afloat. Although its purple varieties have some “bag appeal”, Diablo OG’s real standout characteristic is its floral yet skunky smell and taste. A clear and mobile head high is matched by a mild but refreshing body high that makes Diablo OG a great choice whether you’re looking to boost your creativity, get things done, or just unwind at home.