Home/Cannabis/Indica/Do Si Do
Sold out 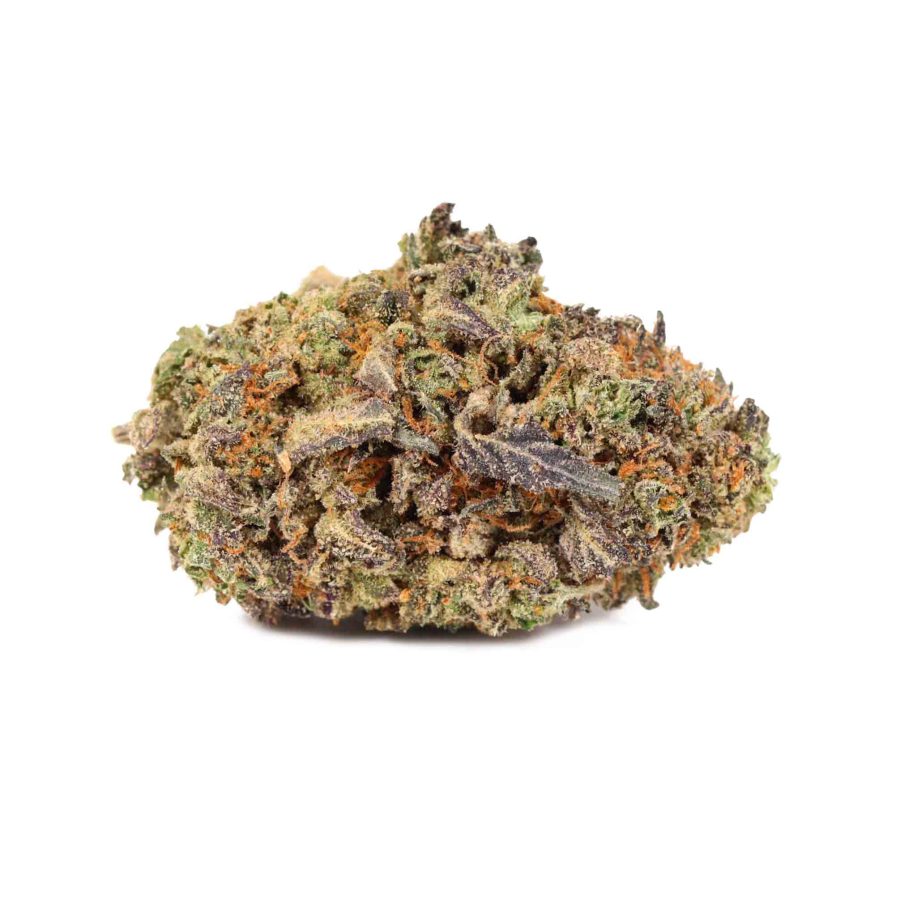 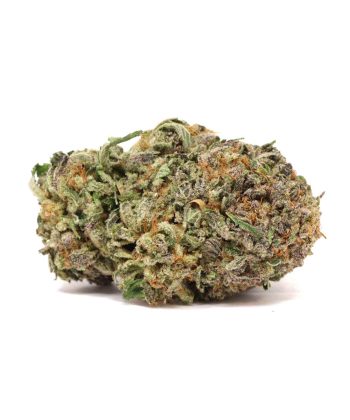 Named in the tradition of its parent strain Girl Scout Cookies, Do Si Dos Hybrid Weed Strain is a soothing Indica hybrid. This bud combines aromatic Girl Scout Cookies and the body-melting Indica, Face Off OG. The product is a tart and well-balanced strain whose effects seem to last longer than average. Do-Si-Dos can be potent for even experienced cannabis users, with THC levels clocking in at between 19% and a whopping 30%.

Buds of Do-Si-Dos are typically small in size and adhere to small, popcorn-like clusters. Like many predominantly Indica varieties, the flowers have a dense structure, with the small leaves curling tightly inward toward their central stems. What these flowers lack in size, they make up for in colour. The leaves themselves are a deep shade of forest green and hold an abundance of bright orange pistils. Sometimes, the leaves also boast hints of purple, which come about when pigments called anthocyanins in the strain’s genetics are activated by cold weather during the growing process. Finally, a thick, even coat of icy white trichomes covers these buds and accounts for their psychoactivity. Unlike Girl Scout Cookies, Do-Si-Do from Bulk Buddy smells nothing like its namesake — the flowers explode with an overly sweet, almost fermented odour. Also present are some dank, earthy notes.

Meanwhile, grinding up these tight buds gives off some skunkiness, providing evidence of the OG Kush in this bud’s lineage. These strong-smelling flowers can give off a harsh, acrid smoke when combusted. This smoke is said to taste simultaneously fruity and skunky on the exhale. Discreet consumers should keep in mind that Do-Si-Dos’ pungency can carry for quite a distance.

Bulk Buddy’s Do-Si-Dos hits the consumer quickly with both barrels of psychoactivity. At almost the same time, as they detect a tingle in the upper face, smokers may notice an uptick in cerebral functioning. Thoughts may flow in free association and can aid concentration on task-based, analytical kinds of work. This bud may also open up creative avenues and set the stage for brainstorming. A calming body high keeps this cerebral mindset from becoming too buzzy. Rather than agitation, smokers typically begin to feel progressive relaxation that spread down through the core and limbs. This sensation can be a great way to kick back and enjoy some reflective solo time with a drink or some atmospheric music. Alternatively, Do-Si-Dos’ vibe can be uniquely social, sparking conversation and some laughs when shared with like-minded friends. The strain’s combination of mental and physical stimulation makes it an excellent way to enhance activities that involve full-body coordination, like exercising, dancing, and in the right set and setting, sex. As the tremendous progress or as the dosage is increased, couchlock becomes more of a possibility. Because it tends to taper down into an immobilized state of calm, Do Si Dos Hybrid Weed Strain is best enjoyed during the late afternoon or early evening.

Do-Si-Dos may also have several applications for medical cannabis patients. Its physical effects can be an analgesic for aches and pains, whether they’re temporary, as due to injury, or chronic, as due to conditions like lupus or arthritis. Furthermore, the strain’s anti-inflammatory properties may numb everyday irritations like headaches and nausea. Psychologically speaking, this bud’s calming vibes can temporarily improve the troubling symptoms of stress and depression. Because it can inspire some deep, recursive thinking in its early stages, Do-Si-Dos is not recommended for patients who are prone to panic and paranoia or who have a low tolerance for THC.

Fortunately, seeds of Do-Si-Dos are available for sale online. Once obtained, it can be grown indoors or out, although successful outdoor cultivation requires a semi-humid climate with daytime temperatures between 70 and 80 degrees Fahrenheit. Growers looking to bring out the colourful purple potential of these flowers should temporarily expose their crops to cold (but not freezing) nighttime temperatures just before flowering begins. The strain is said to produce an average yield at harvest time. Finally, just as it is a pungent smoke, Do-Si-Dos can be a very pungent grow; indoor growers looking to keep their operations under wraps should invest in odour control measures like carbon air filters or exhaust fans.

Supremely balanced, Do-Si-Dos’ high is sure to appeal to both Indica and Sativa lovers. It’s a reliable all-purpose strain for both the casual and frequent smoker.