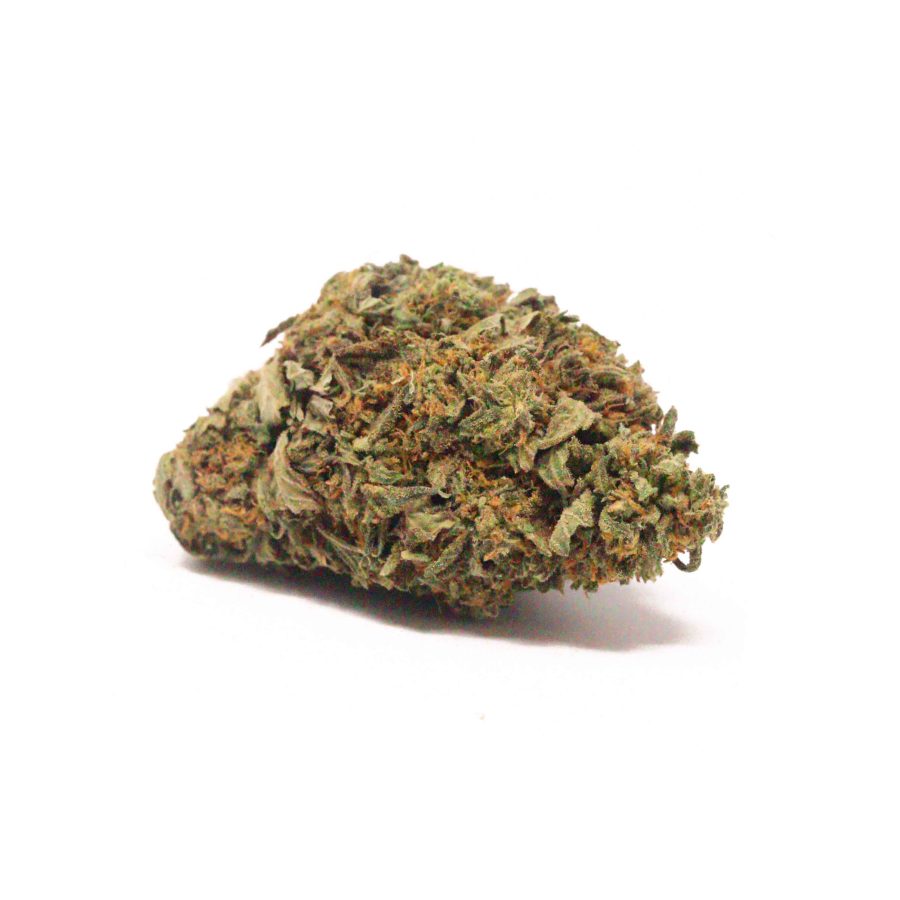 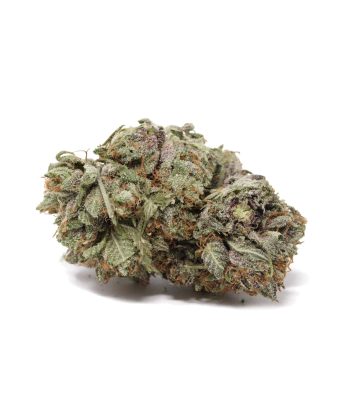 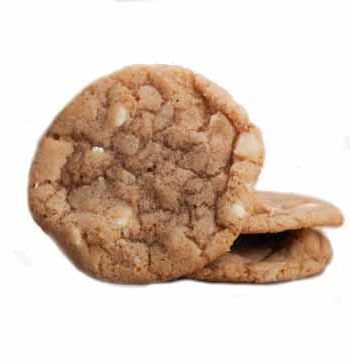 God’s Bubba is a godsend to indica lovers, offering thorough and long-lasting physical relaxation. The strain, created by British Columbia-based breeder Jordan of the Islands (who also created Blue Hawaiian), is a cross between God Bud and old standby Pre-98 Bubba Kush. Besides potent indica effects, God’s Bubba carries a heavy, kush-tinged aroma. Its THC content has been measured at between 16% and 25%.

Like parent strain God Bud, God’s Bubba stands out with impressively large and solid flowers. The buds maintain a compact indica structure and adhere in an elongated, almost oval-shaped formation. The closely-packed leaves are a mottled mix of green and yellow and are made even more colourful by curly brown and orange pistils. Finally, a heavy coating of translucent white trichomes accounts for this strain’s psychoactivity and makes it appear almost snowy when seen from afar.

When properly cured, flowers of God’s Bubba take on a mellow, earthy smell, similar to dried wood. Closer inspection may also pick up on some astringent fumes of diesel. Breaking these buds open, meanwhile, yields an herbal, almost spicy smell. When God’s Bubba is burnt, its flowers give off an acrid, sour-tasting smoke that may cause a coughing fit or watery eyes on the inhale. On the exhale, this thick smoke mixes odours of skunk and pine.

The high that comes from God’s Bubba tends to creep up out of nowhere, waiting up to 15 minutes after consumption to exert its effects. Smokers may realize that the strain is working as they feel some increased pressure around the eyes and temples and some possible flushing in the cheeks. Once these unfamiliar tics subside, users may also notice that they’re thinking more rapidly or more ponderously than usual; certain ideas or concepts may suddenly carry more weight and command the user’s attention. In this initial phase of the high, properly motivated users may be able to accomplish work on complicated, detail-oriented tasks. God’s Bubba’s head-focused effects can also manifest as sensory distortions, with some smokers experiencing a warping of visual or auditory perception. Trippy qualities like these can be amplified by turning on some atmospheric music or a moody movie.

This strain’s mentally acute effects don’t last forever, though. Within an hour or so, God’s Bubba begins to melt into full-bodied physical relaxation, with any tightly-held muscular tension slowly dissipating. Consumers may find themselves able to breathe more deeply and easily, while those who may have been out and about might find themselves wanting to rush home and lounge. At this point, God’s Bubba sends smokers into a more hazy mindset that’s better suited to daydreaming or binge-watching than to extended periods of concentration. As time passes — or as the dosage is increased — couchlock is increasingly possible, pinning the consumer in place as the outside world slowly recedes out of focus. Because of its gradual decline in energy, God’s Bubba is recommended for consumption later in the day or early evening.

God’s Bubba’s strong sedative qualities also have some applications for medical cannabis patients. Its ability to crush any concerns and preoccupations with heavy relaxation makes the strain useful in temporarily treating stress, depression, anxiety, and PTSD. The heavy, almost narcotic sedation that comes from God’s Bubba can also be used to treat physical pain, ranging from mild to chronic. The strain can also bring on heavy sleep for those who are properly relaxed, making it a possible antidote to insomnia. Although God’s Bubba is not commonly associated with paranoia or overly cerebral thinking, patients who are prone to panic should nevertheless consume it with some caution.

Jordan of the Islands has made seeds of God’s Bubba available online for those looking to grow the strain at home. Once obtained, plants can be cultivated indoors or out, although outdoor success calls for a humid climate with daytime temperatures between 70 and 80 degrees Fahrenheit. A good, user-friendly option for newcomers to cannabis cultivation, God’s Bubba has a very short flowering time of 7 to 8 weeks. It offers a high yield of flowers once mature.

Thanks to its prestigious genetics, God’s Bubba offers smokers strong and long-lasting physical effects. It’s a great all-purpose indica for those who don’t mind a bit of a funky kush aroma.