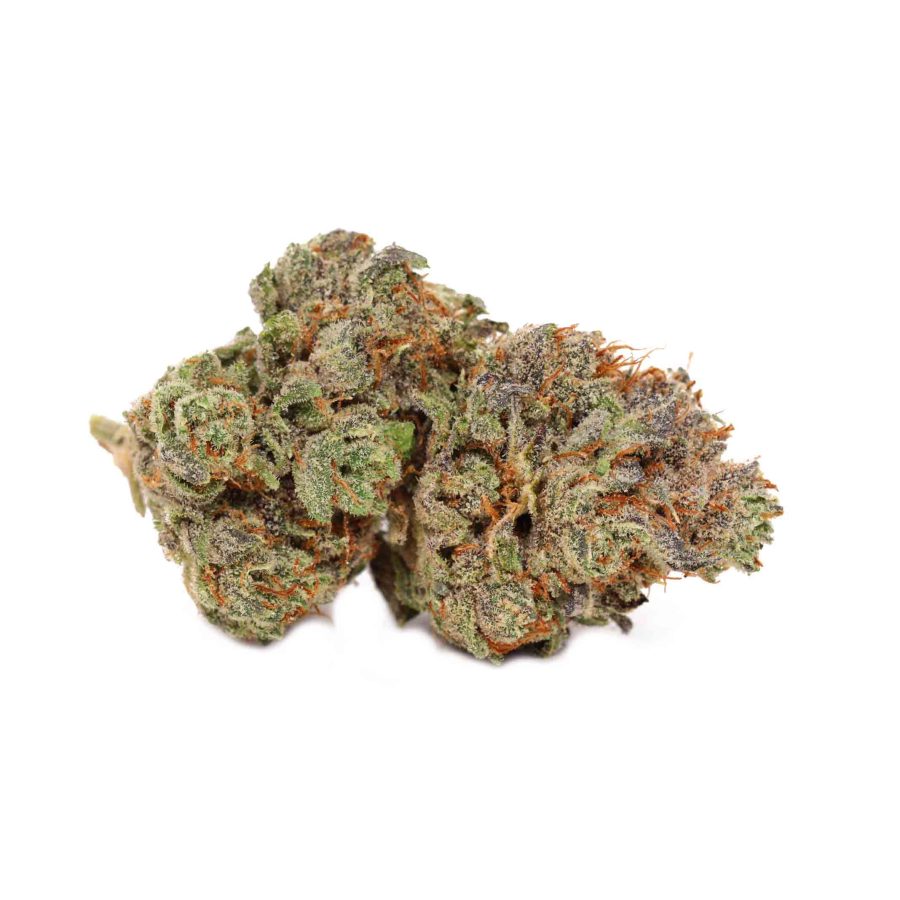 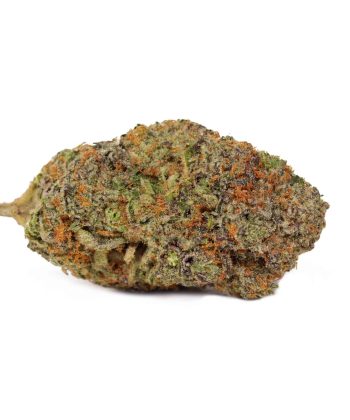 Gorilla Glue #4, is a top-shelf hybrid strain originally developed by the renowned team at GG Strains. It’s a powerful, pure indica strain with an 80% sativa/20% indica ratio, and it was previously known as Original Glue or simply GG4.

Gorilla Glue #4 is a classic strain that has a distinguished history in the industry. It’s made up of three strains: Chem Sis, Chocolate Diesel, and Sour Dubb. GG4 is 67 percent indica and 33 percent sativa, with an indica-dominant hybrid strain leaning to the side. Gorilla Glue is a multiple award-winning strain that dominates competitions within local circuits, taking home the coveted High Times World Cannabis Cup for ‘Best Hybrid’ in 2014. Gorilla Glue weed is recognized for its high THC content and notable strength. Gorilla Glue #4, like its name implies, is extremely sticky

Gorilla Glue #4 is a potent Indica Dominant hybrid strain that is popular among both medicinal and recreational users. Gorilla Glue #4 cannabis strain has THC levels ranging from 27 to 30 percent on average, which is surprisingly high for a hybrid strain. Gorilla Glue strain’s high begins as a heady sensation that raises users into euphoric & cerebral effects. It eventually evolves into a calm and drowsy high, causing users to be glued to their sofas until late afternoon.

GG#4’s high THC concentration might help people suffering from medical conditions such as insomnia, depression, loss of appetite, and OCD manage their symptoms. Gorilla Glue #4 strain is also thought to be useful in the treatment of chronic pain due to its high THC level. The Gorilla Glue strain’s advantages are most beneficial when used to alleviate anxiety, post-traumatic stress disorder (PTSD), sleeplessness, minor aches and chronic pain.

Gorilla Glue #4 Indica dominant hybrid cannabis strain is unusual for its crystalline, snow-white appearance and the fact that it is exceptionally resinous. GG4’s buds are medium in size and forest-green in hue, with only the stunning deep-purple calyxes and leaves providing contrast.

In truth, the aforementioned qualities of Gorilla Glue are unspectacular in comparison with what it is globally recognized for – the staggering amount of THC covering the plant. These sticky buds are truly frosty and blanketed by a bright, resinous layer of trichome heads that cover the entirety of the plant. The Gorilla Glue strain was named in honour of the super-adhesive Gorilla GlueTM company. Gorilla Glue strain has an earthy, gassy, and noxious aroma and flavour profile with notes of chem-like diesel fuel, sweet milk chocolate, and a suggestion of tart lemons.

Gorilla Glue #4 strain seeds can grow both indoors and outside. During harvest time, you’ll need more than a single pair of scissors since the considerable amount of resin will clog up your cutting tools. It’s a good fit for the Screen of Green (SCROG) growth technique because of its quick development rate. Gorilla Glue #4 strain requires Magnesium, Calcium, and Sulfur as well as a combination of Phosphorus, Potassium, and Nitrogen. During the vegetative stage, this top-shelf cannabis strain prefers temperatures around 80 degrees Fahrenheit. You may reduce it by five degrees when the weed reaches the blooming phase. Maintain an RH (relative humidity) level of between 40 and 50 percent.

If you grow gg strains outdoors, they should be ready for harvesting by the middle of October and can produce up to 21 ounces per plant. It is highly resistant to pests and diseases, so if you want to boost yield, consider adding CO2 to your facility. Increase CO 2 levels in your grow room from 1000 ppm (parts per million). GG#4 strain has a flowering time of 8-9 weeks and yields around 18 ounces per square meter planted when grown indoors. Aside from the traditional method of producing cannabis in soil, you can also grow Gorilla Glue #4 strain hydroponically utilizing an inert medium such as Rockwool. The major difficulty with hydroponics and Gorilla Glue #4 is to keep a dry medium; too much water will drown the plant and stunt its growth.

The most prevalent negative effects of the Gorilla Glue #4 strain are dry mouth and eyes. Dryness of the mouth can be quickly remedied by drinking lots of water. Dry eyes or dizziness have been reported by some people who use this strain. When you intend to utilize any strong cannabis strains, you must eat some food. In severe cases, anxiety and paranoia can occur, but only when the user has taken too much. If you find yourself in an uncomfortable circumstance while smoking marijuana, keep in mind that the high will eventually wear off, so don’t worry. GG#4 should be avoided by novices.

In terms of potency, the Gorilla Glue #4 Indica Dominant Hybrid marijuana strain is still one of the most powerful in the world. It has a THC concentration of 30 percent or more, and it may go higher. While cannabis is responsible doses might assist with a range of medical issues, overdoing it might cause increasingly paranoid ideas and possibly

The GG#4 is a simple plant to cultivate, thriving in a warm environment and growing up to a considerable height. To promote faster growth, we recommend pruning and trimming the plants regularly. It’s quite pungent and clingy, so don’t be alarmed if you get sticky hands after handling these beautiful buds.