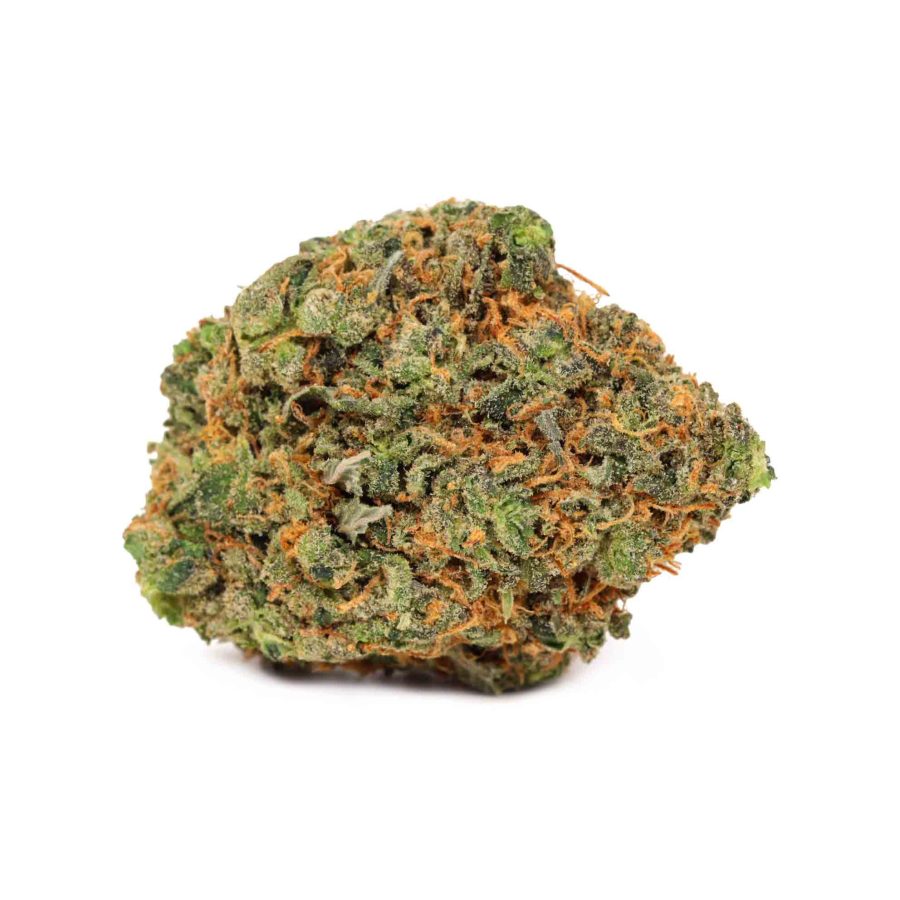 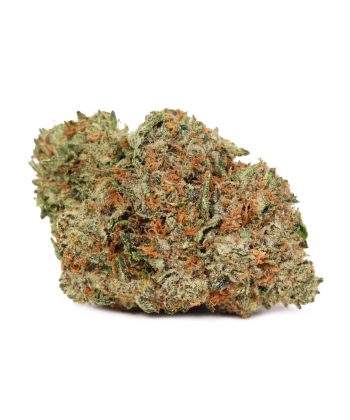 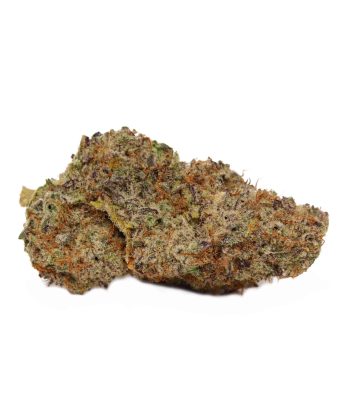 Moby Dick is a Sativa-dominant strain. Its name reflects its massive yields, which reportedly can reach 1,500 grams per square meter. The THC concentration of this strain may be as high as 20%.

The effects of this strain are highly psychoactive, due to a high count of tetrahydrocannabivarin (THCV). It produces strong euphoria and gives spacey, happy, and slightly psychedelic sensations after only one or two hits. Some users feel creative and focused. The strong cerebral effects begin to diminish after about an hour, but the residual effects can last another two hours. These effects are coupled with pleasant body-numbing sensations. Strong and trippy, this strain induces an insatiable appetite. This mega-strain may result in dry eyes and mouth and lead to paranoia, dizziness, and anxiety when consumed in high doses.

Moby Dick is designed specifically as a strong medical strain. It is excellent for daytime use though patients may feel lazy a few hours after use. The cerebral effects are often used to combat the symptoms of stress, anxiety, and depression. Patients that have lost their appetites, whether it’s due to chemotherapy or other reasons, often choose this strain. The body high may ease mild aches and pains, but it is not strong enough to combat severe pain.

One of the most productive and energetically inspiring cannabis strains, Moby Dick has a way of putting a smile on the face of its consumer and dissipating negative energy, channeling it into positive vibes of contentment and peace. While being energizing, this marijuana strain is also simultaneously relaxing and euphoric, producing the quintessential environment to get the creative juices flowing.

Moby Dick brings about confidence and reassurance, giving you that extra push you might need to handle difficult tasks and get done the things you were always planning to do but did not quite have the energy for. The high is likewise cerebral and buzzing, creating beautiful shocks of uplifting bliss, immediately releasing tensions, anxieties, and stresses and opening up the heart to love, compassion, and care.

The Moby Dick marijuana strain is primarily Sativa, with a bit of indica genetics mixed in, sitting at a 75% Sativa, 25% Indica ratio. Its THC levels are part of what makes Moby Dick so world-famous, for it is considered one of the strongest Sativa cannabis strains available on the traditional bud market. Its potency is through the roof and colossal like a whale, the ocean’s giant, ranking in at an average of 27% in conducted lab tests, with the additional presence of the compound THCV, which can produce mildly psychoactive effects.

Much like its parent Haze, Moby Dick offers pleasant and delightful citrus notes that are genetically pre-dispositioned from its relative. Additionally, hints of vanilla and eucalyptus are present, which is likely from White Widow, the second parent responsible for MD’s making. The overall blending of all these various aromas not only generates a unique and intriguing combination but is also one that becomes addictive and highly satisfying.

The flavour of this cannabis strain is much like its smell, with some extra added twists and a slight increase in strength. The presence of sour lemon is that much more noticeable but gets mellowed down with sweet and creamy vanilla, plus subtle touches of woodsy pine. The inhale and exhale are soft and not overwhelming, so don’t expect to cough a lung out after taking of puff of this dank stuff.

Appearance-wise, the buds are dense and thick, as is classic with a Sativa marijuana strain. They are various shades of green ranging from light to dark, with dark orange pistils, (tiny hairs), stretching, and twirling in between the sugar leaves. These leaves certainly provide plenty of that sugar too, coated heavily with crystals and trichomes, supplying part of the plant’s sizeable THC content. The density of these crystals mimics the first frost of the year, sparkling and shining when placed under the light for observation.

Moby Dick comes from the breeders at Dinafem (dinafem.org) who crossed two of their mother plants, a variety of Haze and a variety of White Widow. The strain has two phenotypes: one with Sativa-dominant characteristics that can reach up to twelve feet outdoors, while the other is a smaller, Indica-dominant phenotype, which is only seen about 35% of the time.

Moby Dick can be grown indoors or outside and is not recommended for amateur growers. Inside, the strain flowers for around ten weeks and requires an electrical conductivity level between 1.5 and 2 as well as 800 watts per square meter. Growers are also cautioned to keep the pH levels below 6.5 as they can affect yield. Outside, this strain needs little care, and under optimal conditions, it may produce exceptionally high yields.

If you are an individual searching for an herbal alternative to conventional medicine for arthritis, anorexia, depression, anxiety, bipolar, chronic stress, chronic fatigue, lack of appetite, chronic pain, migraines, and muscle spasms, then Moby Dick may be a fitting option for you.

We hope you found this Moby Dick marijuana strain complete review not only be entertaining, but also educational and informative. It is important to remember that the consumption of cannabis is the sole responsibility of the user, and discretion should always be taken.