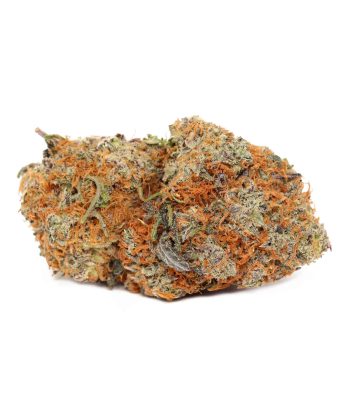 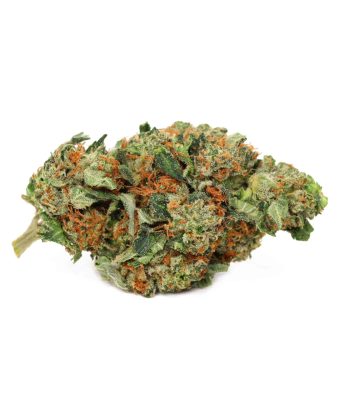 OG Kush is a legendary strain with a name that has recognition even outside of the cannabis world. Despite its fame, though, its exact origins remain a mystery. Some claim that it’s a cross between staple Chemdawg and a hardy Hindu Kush landrace. It’s also possible that OG Kush emerged from undocumented bag seed as a distinct phenotype of some other existing strain. The meaning of its name is also disputed — the “OG” has been alternately said to stand for: “original gangster,” connoting its status as an old-school building block strain; “ocean grown,” about its origin along the California coast; and even “OverGrown.com,” a now-defunct website that served as a resource for countless cannabis growers. One thing that’s not up for debate is OG Kush’s potency — its THC composition has been consistently measured at between 17% and 25%.

The buds are covered in trichomes that lend them a silvery-white appearance and make them very sticky to the touch — when prepping buds for a joint or a pipe, users may want to use a grinder. When properly cured, the buds have an earthy, musty scent that is accented by some citrusy brightness: the overall impression is of a hoppy craft beer. Burning or breaking open the buds offers more of a pine-like odour. Smoke from OG Kush is commonly harsh and cough-inducing; it may sting the sinuses and cause the eyes to water. The smoke tastes hashy and spicy like a classic indica on the inhale and exhale. OG Kush’s pungent funk may linger for a while after a joint has been extinguished — those looking to remain discreet about their smoking should take the proper precautions.

Because of its mildly energizing and uplifting effects, OG Kush is a strain best enjoyed in the daytime or early evening. Its positive high can be enjoyed in festive social settings or alone, for accomplishing any variety of tasks. It also has the genetic stability to back up its popularity — OG Kush has been a building block, yielding successful crossbreeds like Bubba Kush and also offering up some distinct phenotypes that have become popular strains in their own right, like Tahoe OG and Alpha OG.