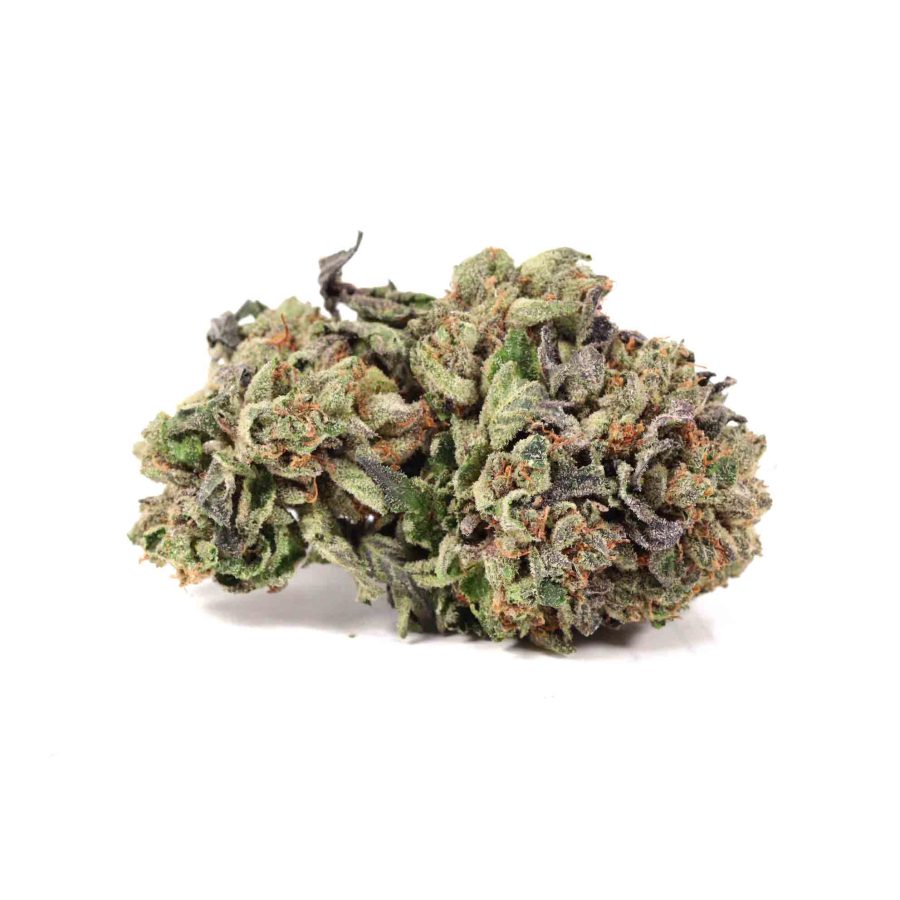 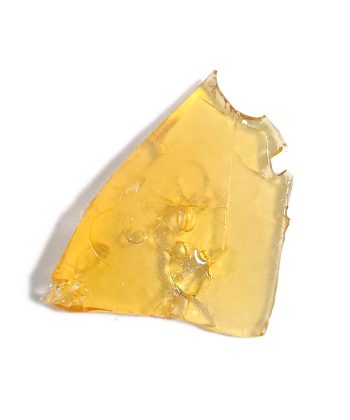 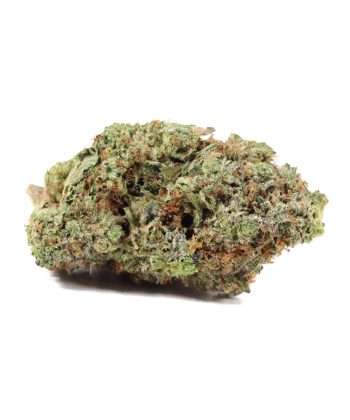 Pink Bubba is a Kush-descended strain that leans toward the indica end of the spectrum. This hybrid is a cross between Pink Kush and the popular Bubba Kush and offers consumers a dank, earthy aroma alongside extremely sedative effects. Pink Bubba’s THC content has been measured at between 18% and 25%.

Trimmed flowers of Pink Bubba are distinguished by a medium to large size and a chunky, roughly spherical shape. They adhere to pebbly clusters that maintain a compact internal bud structure. The flowers’ relatively small leaves are a bright yellowish-green and are twisted through with dark, rust-coloured pistils. Finally, icy white trichomes cover all visible surfaces of these dense flowers, making them very sticky.

When properly cured, Pink Bubba’s flowers give off an earthy scent, similar to wet leaves and soil. A second whiff may detect some floral notes passed on from parent strain Pink Kush. Cracking open or grinding up these thick buds, meanwhile, releases a hashy, peppery odour that betrays this strain’s Kush lineage. Pink Bubba burns with heavy and acrid smoke when combusted and may trigger some coughing or watery eyes. On the exhale, this smoke tastes woodsy with a slight floral accent. Those toking in public may want to take some precautions, as Pink Bubba can be a particularly pungent smoke.

Pink Bubba’s high can be a creeper that may not show itself until 10 to 15 minutes after ingestion. Eventually, smokers experience a feeling of constriction around the temples and lower forehead; some flushing in the cheeks is also reported. As these strange sensations subside, though, users may notice some visual or auditory distortions, as well as a strange feeling of time moving more slowly. These changes in sensory perception can contribute to a hazy psychedelic mood that’s best suited to lounging with some moody music. Other than this dreamy head high, Pink Bubba doesn’t do much in the way of mental stimulation, and users looking to use the strain to aid concentration or boost productivity may be disappointed.

After an hour or so, Pink Bubba’s physical effects become more and more apparent. A tingle of relaxation may begin to spread down from the neck and radiate through the core and limbs. At this stage of the high, any knots of chronic muscular tension may be untied and earlier stresses or preoccupations may melt into the background. Pink Bubba’s consumers may enjoy spending this drowsy high by kicking off a binge-watching session or snacking. In social situations, the strain’s vibes can also lend themselves to free-flowing conversations and camaraderie. Because of its mostly laidback character, Pink Bubba is recommended for nighttime consumption.

Pink Bubba’s deep sedation can have several uses for cannabis patients as well. Its psychological benefits include a subtle temporary relief from stress, depression, and anxiety. The strain may also relieve physical pain, whether it’s temporary, due to injury, or chronic, as due to conditions like arthritis or lupus. Meanwhile, anti-inflammatory properties can put a damper on minor irritations like cramps or nausea. In certain situations, Pink Bubba can even lull smokers to sleep, making it a possible antidote to insomnia. Because it doesn’t often come with a heady, obsessive mindset, Pink Bubba is a good option for patients who are prone to panic or paranoia.

Seeds of Pink Bubba have not been made available for sale online. Instead, those looking to grow the strain at home should obtain clippings from mature, healthy plants of the strain. These can be fostered as “clones” and can be grown indoors or outdoors in a hot and humid climate. The plants tend to be short and bushy and may require gardeners to occasionally prune back any broad, light-blocking fan leaves. Pink Bubba typically flowers within 8 to 9 and offers an average yield of flowers.

A must-try for indica lovers, Pink Bubba is an ideal nighttime relaxation strain. Its complex aroma alone makes it worth sampling if spotted on dispensary shelves.