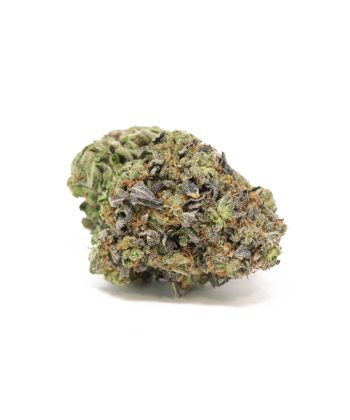 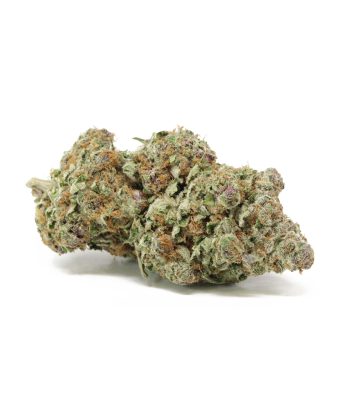 Rainbow Kush Mints isn’t a strain you’re likely to see often. An indica-dominant hybrid created by crossing Platinum Kush Mints with Rainbow Zkittlez, this strain is rare and special. This special breed is only grown in small batches by experienced cultivators due to its rarity and the difficulty involved in cultivation.

What is this strain like? For starters, this strain has an incredible bag appeal. Crack open a bag and you’ll notice this right away. Thanks to its indica-dominant heritage, the nugs themselves are chunky and dense. Additionally, a thick layer of frosty trichomes covers the surface to give this strain an extra minty look. Bright green in colour with some thin, orange hairs, this strain is as refreshing on the eyes as it is on the palette! While it’s predominantly green, some rare phenotypes will have a few purple weed hues!

Secondly, we’ll move on to the aroma. As its name suggests, this strain has an incredibly colourful and refreshing aroma. To start, its Rainbow Zkittlez parent strain delivers a sweet and fruity flavour that’s impossible to resist. Meanwhile, this sweetness is undercut with some minty freshness from Platinum Kush Mints and you have an out-of-this-world terpene profile!

Moving on to the flavour, this strain tastes almost exactly like it smells. On the exhale, a super sweet and fruity flavour tickles and delights the tongue. Shortly after, a minty, menthol finish with hints of citrus kicks in to refresh the palate. Make no mistake about it – this strain works wonders as a post-meal refresher!

However, this strain doesn’t just have an amazing appearance and flavour – it has great effects, too! While the refreshing flavours are great, this strain truly shines when it comes to its high. Once you taste this strain’s smooth and refreshing smoke, a subtle cerebral high will creep into your head. You’ll feel slightly numb, euphoric, and totally relaxed. Shortly after, a sedative body high will kick in, further serving to relax you.

While its THC content isn’t as high as other strains, Rainbow Kush Mints more than compensates with its effects. The best thing about this strain is that it’s not too potent or sedative. Tokers can enjoy this strain without much difficulty, making it a great strain to enjoy both day and night! Additionally, this strain’s relaxing, euphoric effects are great at treating ADD, stress, and mood swings! Refresh your mind today with this colourful, minty strain!

Be the first to review “Rainbow Kush Mints” Cancel reply
Please register to get your referral link.