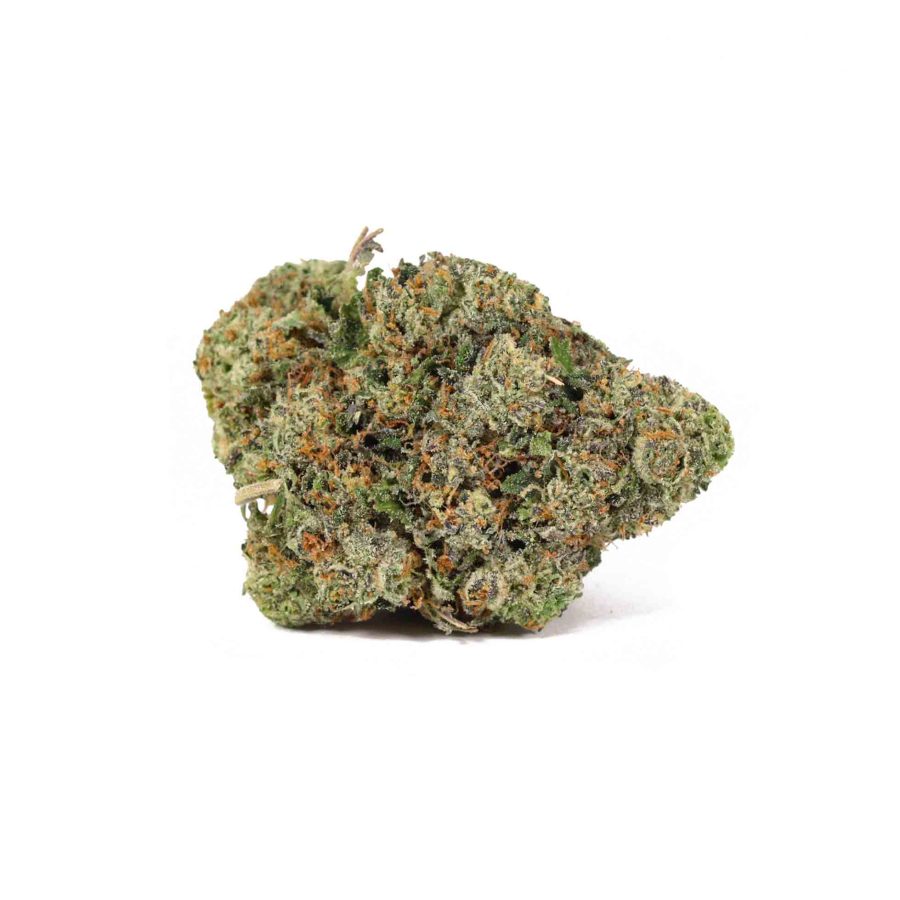 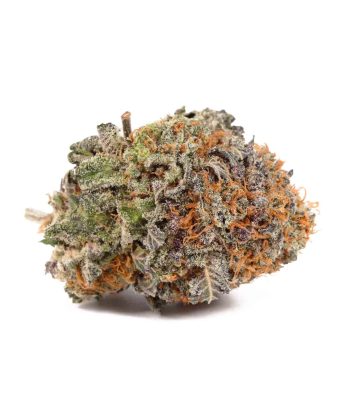 White Romulan from Bulk Buddy is an incredibly popular hybrid strain of cannabis. This balanced hybrid is the result of a cross between Romulan and The White. These two potent strains were first crossed by OG Raskal Genetics, a seed bank out of California in the United States. This aptly named strain manages to embody both a Romulan’s intense physical capabilities and strong emotional control.

This bud is quite the looker. White Romulan’s short, fluffy little nugs are often overwhelmingly olive or forest green with hints of lighter shades like mint shining through brilliantly. In addition to green, users will spot bright, hairy, orange pistils and a generous coating of crystal trichomes. Out of the packaging, this bud fills the room with an aroma of classic cannabis: pungent, earthy wood. Users with a keen sense of taste will notice hints of fruity goodness in the midst of all the pungent, earthy flavours of its smoke. Inexperienced users may find the White Romulan hit to be a bit harsh, and almost unpleasant. However, if you can manage to get over some spicy hits, you’re in for a real treat.

Despite the fact that this hybrid balanced between Sativa and Indica, the high from this flower is incredibly energetic. Most would expect mild effects from the often contradicting effects of a balanced hybrid, yet White Romulan shows up and surprises us all. Immediately after ripping this bud, expect to take off for outer space. As your mind goes soaring towards Vulcan at the speed of light, you’ll find your mood decently elevated as you overcome negative feelings of depression and sadness. Expect your negative thoughts and doubts to disappear as a sense of ownership over your own mind settles in. You’re likely to feel incredibly happy and almost euphoric with your newfound uplifting mood. While your mind is off adventuring the far reaches of the universe, your body is incredibly relaxed and almost sedated. As wave after wave of cool, calming relief washes over your limbs, you will be able to focus on nothing but the state of utter bliss you are in.

White Romulan now available at Bulk Buddy’s Online Dispensary has become a staple flower in the arsenal of recreational and medical consumers alike. Many medical cannabis patients suffering from depression, pain, inflammation, and insomnia have found relief from the potent effects offered by this out-of-this-world flower.