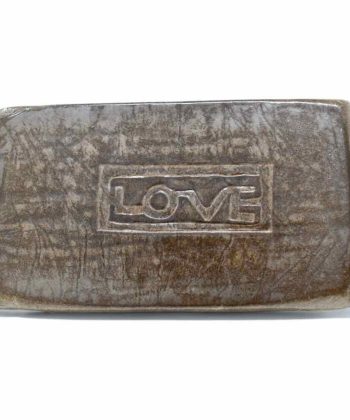 Berry Bomb is a balanced hybrid with indica leanings and a bag appeal that consistently blows users away. Developed by Bomb Seeds, a Netherlands-based producer, this flavour-focused strain delivers mental stimulation and a strong body high that’s great for mellow unwinding. Berry Bomb is a cross between fruity staple Blueberry and Bomb Seeds’ own flagship strain Bomb #1. This strain’s THC content has been measured at between a modest 10% and a solid 23%.

Berry Bomb is marked by small to medium-sized buds that cling together in dense, pebbly clusters. Broad at their bases, the flowers taper down into a spade-like shape. The tightly-curled leaves are a mossy shade of green and are threaded through with orange to rust-coloured pistils. Many phenotypes of Berry Bomb also show off muted shades of blue and purple in their leaves; these surprising hues come about when pigments called anthocyanins are agitated by colder than average temperatures during the growing process. A dusting of translucent white trichomes gives the colourful buds a dewy appearance and a sticky texture.

The influence of parent strain Blueberry on Berry Bomb’s aroma is clear, as the unmistakable scent of blueberries wafts up from the cured buds. There are also some woodsy notes of cedar and pine that ground out this fruity character and keep it from smelling overly sweet. Breaking open the flowers may yield some peppery odours as well. When combusted, Berry Bomb gives off a smoke that is smooth but thick and lung-expanding. This smoke carries a sweet and tart blueberry tang when exhaled. Notably, this strain’s blueberry flavour and aroma are entirely incidental to the blue colouring of its leaves — this is because, while the plant’s hues are determined by pigmentations, its flavour profile is dictated by separate chemical compounds called terpenes.

Berry Bomb is often described as a creeper of a high, sometimes taking up to fifteen minutes before its effects can be detected. Smokers describe an initial tingle around the eyes and temples, along with an increased feeling of well-being. A sense of amplified sensory perception is common, and many describe slight visual distortions. Thought-provoking without being overly cerebral, these mental effects can be a great way to lounge indoors and watch movies on a rainy day. As the high wears on, Berry Bomb’s trippy head high gives way to a palpable body stone, weighing down both eyelids and limbs. Any lingering muscular tension is pulverized as the stresses and irritations of the day melt away. Smokers may find themselves rushing for the closest comfortable surroundings to take full advantage of this strain’s thorough relaxation. Berry Bombs can be long-lasting, even for experienced cannabis consumers. Because of its slide into lethargy and immobilization, this bud is best enjoyed at nighttime. Dry mouth is commonly reported as a negative side effect.

Upon hitting that toke, one’s consciousness transports itself into wonderland, where berries of all shapes and sizes paint the horizon, as far as the eye can see. This indica dominant strain has some solid sativa influence, together inducing colourful all-around highs, leaning more to the relaxing indica side. The THC-levels hover between 15-25%, which can be quite potent for novice tokers. If one enjoys baking some dope space cakes or ganja-infused berry pies, the terpenes inherent in Berry Bomb will enhance the culinary outcome. Hands down.

Berry Bomb’s ability to confer lasting relaxation can also have used for medical cannabis patients. Its calming properties may temporarily take the edge off of mild to moderate cases of stress, anxiety, and depression. It can also soothe deep-seated aches and pains, as well as more everyday annoyances like headaches and nausea. In high enough doses, this strain can pull insomniacs under into a deep and restful sleep. Because of its relative lack of cerebral intensity, Berry Bomb is a good option for those who are prone to panic or who have a low tolerance for THC.

Creators Bomb Seeds sell seeds of Berry Bomb directly through their website. This strain is a good choice for newcomers to cultivation, as its hardy genetics make it resistant to mould and other adverse conditions. Berry Bomb can be grown indoors or outdoors in semi-humid, Mediterranean-like climates. Plants tend to be short and bushy, with strong lateral branching; these squat crops are easily accommodated indoors. Growers looking to accentuate Berry Bomb’s shades of blue and purple should expose the plants to nighttime temperatures that are between 10 and 15 degrees lower than average. This strain flowers within a short 7 weeks when grown indoors and is ready for harvest in late September to early October when grown outdoors. It offers growers an excellent yield for their efforts, giving up about 46 to 55 grams (or 1.6 to 2 ounces) of flower per square foot of plant.

A good choice for either social or solo use at the end of a long day, Berry Bomb proves that it’s not necessary to sacrifice potency for a fruity novelty flavour when it comes to cannabis breeding.