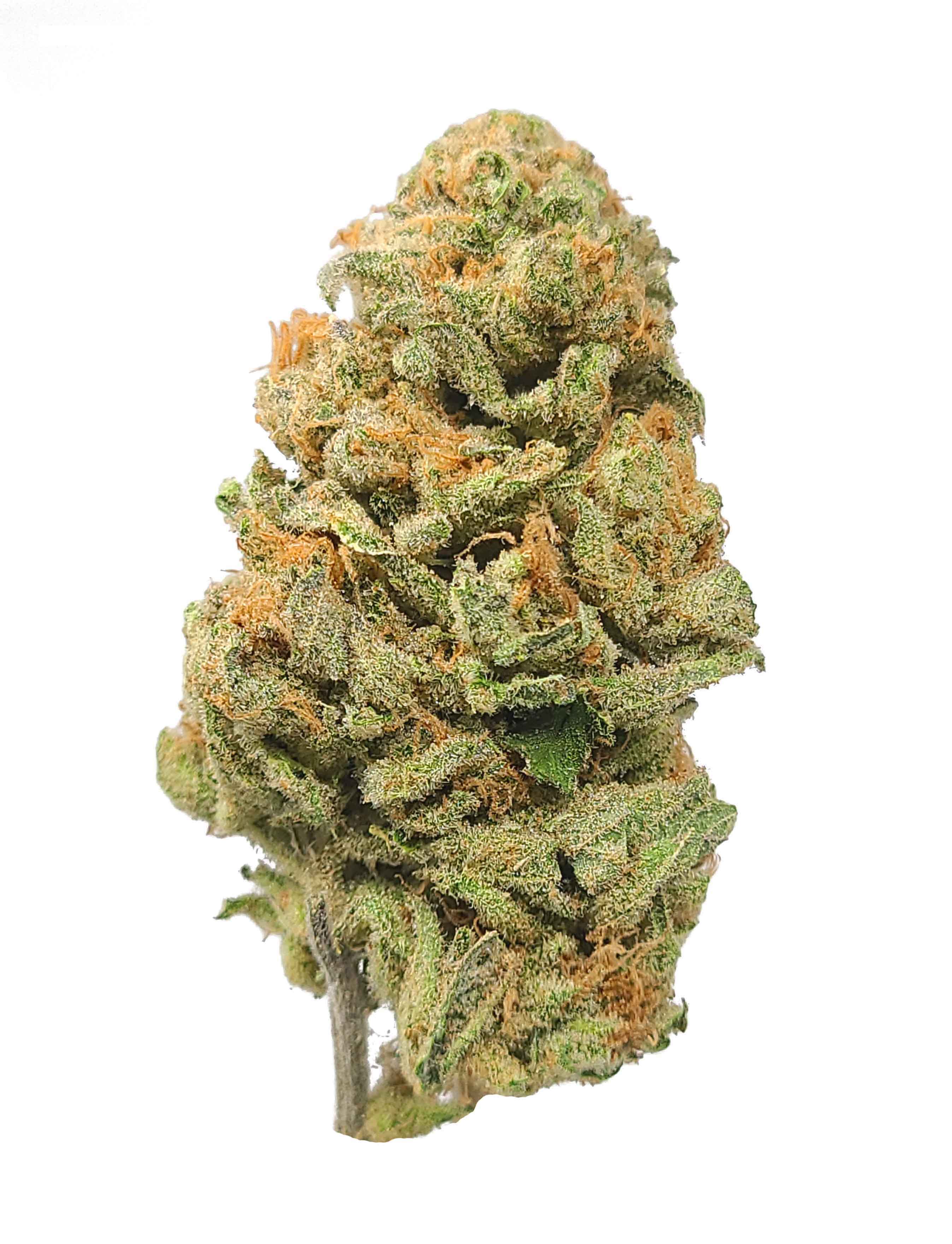 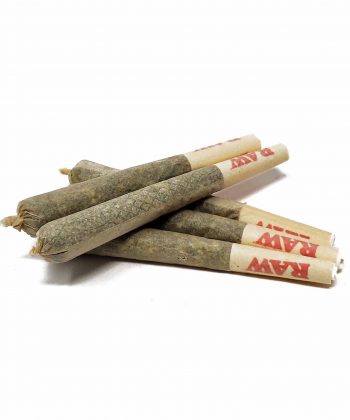 While you might enjoy this tasty treat with a cup of coffee in the morning, this indica-dominant bud named Biscotti was designed for the evening hours. Said to be bred by Cookies in Southern California, her genetic lineage features some heavy hitters, although no one is quite clear exactly what this gal is made of. All seem to agree that Gelato #25 is one of her parents, while many wonders if it’s GG #4, South Florida OG, or Girl Scout Cookies that contributes to her distinctive qualities.

Coming in with a relatively mild average THC potency of 22%, Biscotti offers users a wealth of flavours and aromas. Each nug is a deep green with dark pistils and practically glistens in the sun thanks to her heavy trichome coverage. Her scent isn’t what many expect right off the bat because while a cookie note is certainly present, this bud harbours much stronger aromas of fruit and herbs. One toke, however, coats your mouth in sugary sweetness that tastes quite similar to her namesake, leaving you with a spicy finish that balances her flavours to perfection.

Most smokers opt for Biscotti after a long day at work or on weekends when they don’t want to do much as the strain is said to feature very strong sedative properties. You may end up on a psychoactive journey unlike any other, as it’s noted that this bud hits users hard. It’s reported that Biscotti heads straight to your brain, offering a feeling of bliss and relaxation that leaves you happy yet calm. After a little while, you might feel her effects transition into your body, and getting off of the couch could prove difficult. Biscotti can be so relaxing for some that sleep is inevitable.

As a strain that’s so heavily indica-dominant, this bud has been reported to work wonders for soothing depression and anxiety. Her cerebral effects are often so intense that any worries floating around in your mind simply go out the window for hours on end. Physical pain might also be impacted by this strain as it can have a numbing effect from head to toe. Munchies could also be prevalent after a few tokes, so if you struggle with a loss of appetite, consider grabbing some snacks before you light up.

Not much is currently known about the strain dubbed Biscotti as it’s new to the market. However, it’s already adopting fans as they review it, some stating that this is a great social strain as it tends to cause the giggles to arise and conversations to enhance which is perfect for sharing with friends. Some fans like how Biscotti tends to relax both the body and mind, leaving thoughts clear without any confusion, fogginess, or lethargy. A good amount of reviewers have already stated that anxiety and stress are reduced, and its reputation as a 5-star strain is currently growing.

Details on growing Biscotti at home are scarce at best, primarily because it’s a relatively new strain compared to other fan favourites. The team at Cookies is also fairly secretive when it comes to cultivation practices, so even if you were able to purchase seeds of this bud, trying to actually reap a harvest may prove difficult. Experts guess that Biscotti flowers in about 9 to 10 weeks indoors and can be treated like any other indica strain.

Those on the West Coast will likely have an easier time finding this strain in a local dispensary, so if you happen to see it on store shelves elsewhere, we’d recommend giving it a try. Between her intense flavours and reported effects, Biscotti could find its way onto your list of all-time favourites.