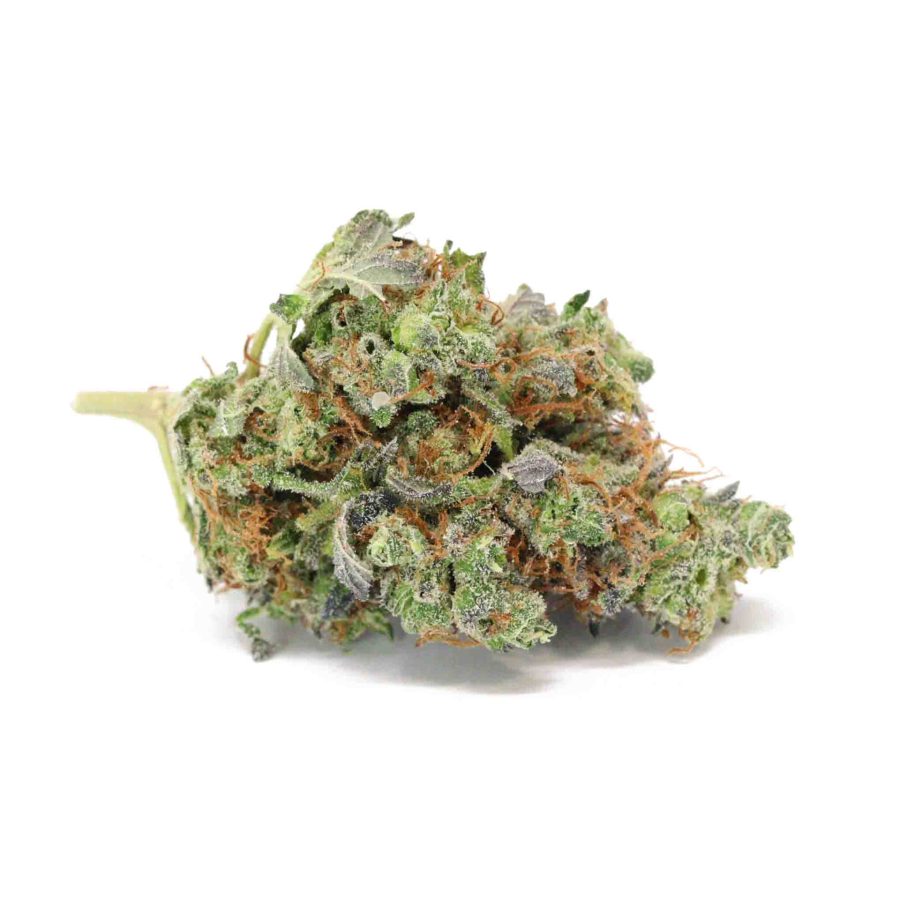 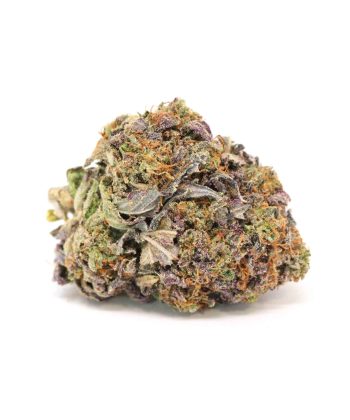 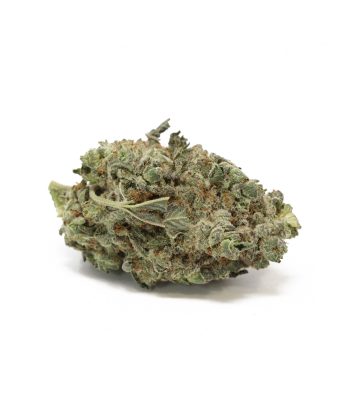 Blue Lemon is an indica-dominant strain with a dynamite taste and long-lasting effects. This somewhat hard-to-find hybrid is the brainchild of prolific Vancouver Island-based breeder Jordan of the Islands (who has also created tasty strains like Blue Hawaiian and Ambrosia). It is a cross between perennial favourite Blueberry and Lemon Skunk and offers a deeply sedative high. Blue Lemon’s THC content ranges from 17% to 25%.

Trimmed flowers of Blue Lemon are small to medium in size, clinging together in chunky, almost spherical clusters. These buds have a classically indica structure, with small leaves that spiral tightly inward toward their central stems. These leaves themselves are a dark shade of forest green, although occasionally, phenotypes of the strain catch the eye with flashes of deep blue and purple; these surprising hues are due to the presence of pigments called anthocyanins. Bright orange pistils and glossy, translucent trichomes add even more visual interest to these already-colourful buds.

As you might imagine, flowers of Blue Lemon have a predominantly citrus aroma, with bright notes of lemon floating on top of some fruity, berry-like scents. A closer inspection may also pick up on some dank muskiness. Meanwhile, breaking apart or grinding up these flowers release more of a skunky tang, likely due to the influence of Skunk #1 in its lineage. When Blue Lemon is burnt in a pipe or a joint, it gives off a remarkably smooth and palatable smoke. On the exhale, this refreshing smoke tastes simultaneously sweet and sour.

Blue Lemon’s high is a bit of a creeper & may take several minutes before revealing itself; impatient consumers may even increase their dosage as they wait for its effects to arrive. Eventually, the strain arrives with a palpable headrush that can cause some pressure around the temples and cheekbones — some smokers may also experience an increase in salivation. As these strange tics die down, users tend to find themselves sunk into a hazy, dreamy mindset. Certain visual or auditory stimuli may seem to take on a new intensity, resulting in phenomena like a flattening of depth perception (especially when it comes to mobile screens). This psychedelic vibe can be amplified with the help of an atmospheric soundtrack or a visually compelling movie. Alternatively, Blue Lemon’s high can be whiled away by daydreaming or chatting with like-minded (and similarly intoxicated) friends.

As time passes, this potent bud’s body high becomes harder and harder to ignore. Eyelids and extremities may feel weighed down in equal measure and can make smokers feel as if they’re walking through peanut butter when trying to exert themselves. While this drowsy state is tailor-made for a binge-watching session, it’s not quite as good for maintaining productivity on demanding tasks, meaning that busy or preoccupied consumers should budget their time accordingly. Because of its mostly lazy and soothing, properties, Blue Lemon is recommended for consumption during the evening or on a day off from work when it can be fully savoured.

Blue Lemon’s recreational versatility translates into value for medical cannabis patients as well. Its soothing and tension-killing properties can temporarily improve the symptoms of stress, depression, anxiety, and PTSD. It may also dull physical pain, whether temporary, as due to injury, or chronic, as due to conditions like lupus or arthritis. Anti-inflammatory effects, meanwhile, may take the sting out of afflictions like cramps and headaches. Blue Lemon may even serve as an appetite stimulant thanks to its tendency to induce munchies. Before it comes with little risk of obsessive, recursive thinking, this strain is a good option for patients who are prone to panic or paranoia or who have a low THC tolerance.

Fortunately for prospective growers, Jordan of the Islands sells seeds of Blue Lemon directly through this website. The strain can be cultivated indoors or outdoors in a humid climate with daytime temperatures between 70 and 80 degrees Fahrenheit. Plants have the short and bushy stature characteristic of other indicas, with strong, sideways-growing branches. Gardeners are encouraged to occasionally “top” their crops by trimming back any broad fan leaves that can block light and air from reaching any low-growing nodes. Blue Lemon is ready for harvest within 8 to 9 weeks when grown indoors.

A strain with a pervasive high to match its bag appeal, Blue Lemon is a must-try for indica lovers. Its rich, complex flavour may, especially to fans of parent strain Blueberry.