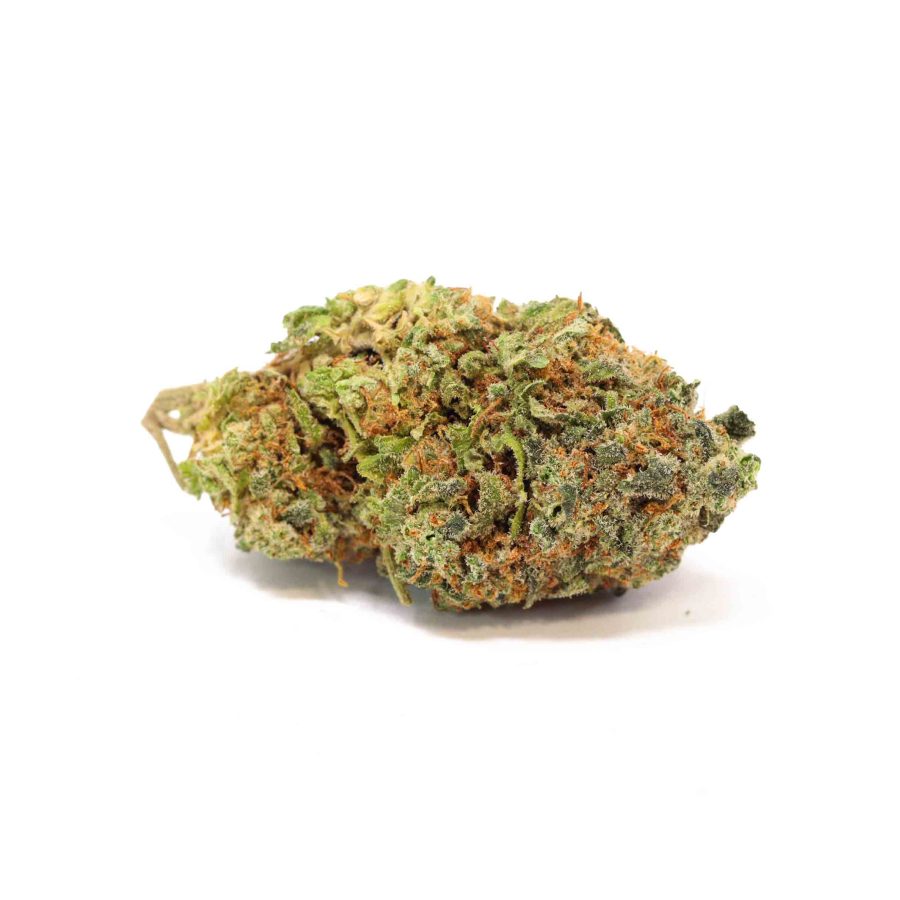 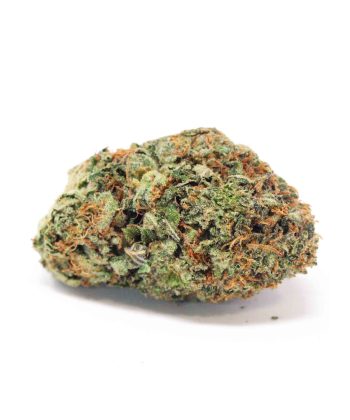 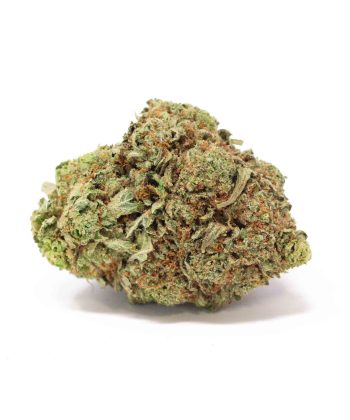 Blueberry AK is a slightly Sativa-dominant hybrid strain of cannabis. This strain was created when an unknown breeder decided to cross two mainstays in cannabis culture: Blueberry and AK-47. Despite the fact that this strain’s original breeder remains unknown, the genetics behind this plant will remain throughout the ages due to its popularity and the popularity of its parent strains. This flower should not be used as the primary means of treating seizures, as it does not have a large concentration of CBD. Rather, this bud is smoked for its widely-ranging THC concentration. Some harvests of Blueberry AK come out with a mediocre 12%, while others can exceed 20%.

Blueberry AK nugs are pieces, airy, and pepper-shaped. These bright green bundles of goodness are often coated in trichomes that look like sugar and some fuzzy orange hairs. Out of the packaging, you’ll immediately notice that this strain is quite musky. Those worried about their neighbours smelling their flowers might want to avoid Blueberry AK. The flavour of the smoke from this flower is much like the aroma but with a bit more fruity Kush flavour.

Like most hybrid flowers, Blueberry AK manages to inherit the best genetics possible from its parents. This slightly Sativa-leaning flower has been known to deliver potent cerebral effects coupled with a calming, buzzing, body high. At the onset of the high, expect to feel quite light-headed and giggly as your mood is instantly elevated. As feelings of euphoria explode throughout your mind like fireworks, your body is calmed and relaxed by the soothing effects of Blueberry AK. While you will be mentally feeling quite upbeat, your body will now have the physical ability to keep up with your mind. This makes for quite the experience for users suffering from chronic stress, pain, and depression. In addition to a few cases of cottonmouth and dry eyes, this strain’s most known effect is the munchies. Expect to be raiding your pantry if you forgot to set out some snacks for yourself before you started smoking on this plant.

Users suffering from insomnia, whether they are medical patients or recreational smokers, will find the calm downturn of this high to be quite beneficial in the fight against insomnia. As the high from Blueberry AK wears off, most users get quite sleepy and sedated, often settling in for the evening. However, this effect can be counteracted when smoking during the day with enough concentration.