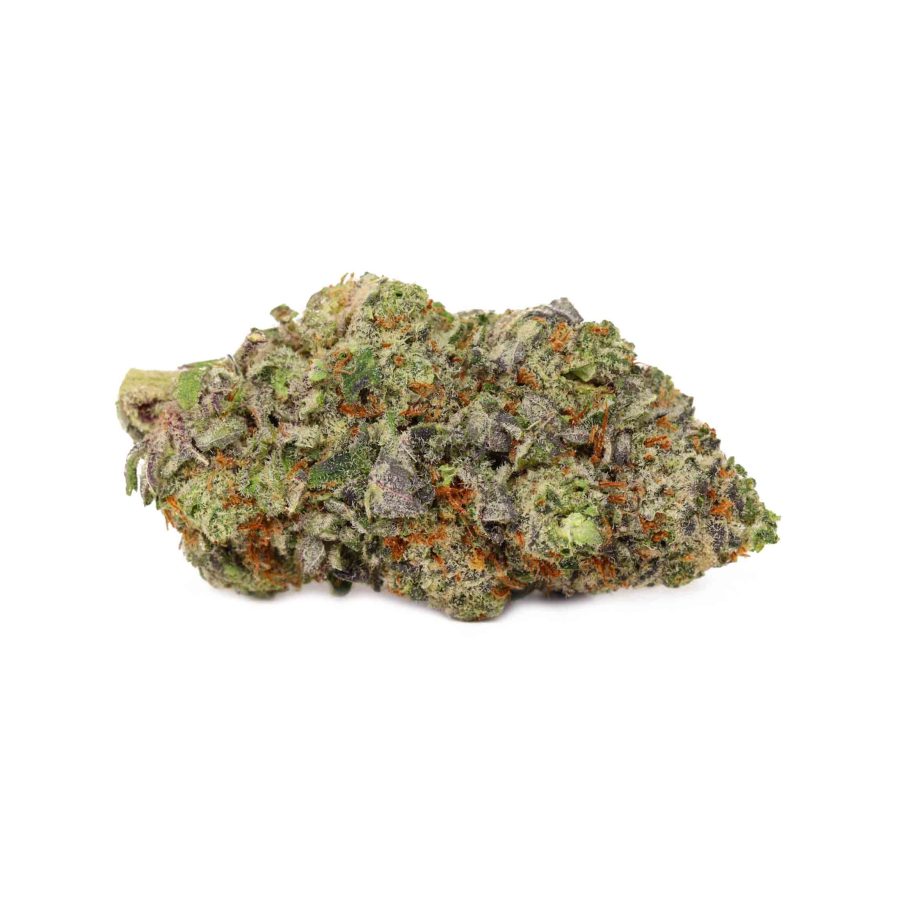 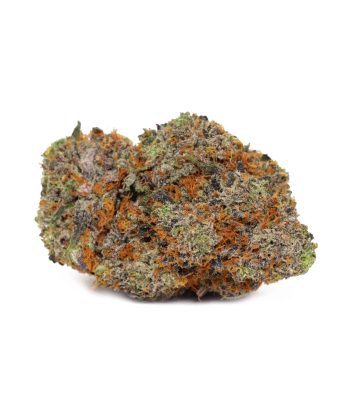 Although its name may be a shameless (and effective) appeal to stoner appetites, Blueberry Cheesecake from Bulk Buddy comes through with distinctive flavours and a well-balanced high. It is a cross between fruity staple Blueberry and U.K. native Cheese. Notably, this genetic profile is identical to that of Big Buddha Seeds’ strain Blue Cheese; it is possible (albeit unclear, given this strain’s limited documentation) that Blueberry Cheesecake is, in fact, a distinct phenotype of Blue Cheese itself. As with Blue Cheese, Blueberry Cheesecake offers a tangy flavour profile and Sativa-leaning effects. Cannabis testing lab Analytical 360 has measured this strain’s flowers to have between a modest 18% and a solid 26% THC.

Blueberry Cheesecake has medium-sized flowers that range in shape from circular to spade-like when fully cured. The buds adhere to a dense indica structure and the tightly coiled leaves appear bright green with orange pistils. Certain phenotypes are streaked with varying shades of blue and purple. These latter colours come about when pigments called anthocyanins are agitated by cold temperatures in the growing process; this colourful transformation is similar to the mechanism by which depleted chlorophyll levels cause foliage to change colours in autumn. Trichomes cover the buds, giving them a sticky texture and a moist sheen. The bright and fruity smell of blueberries — so often associated with other strains descended from Blueberry bud — is made more complex in this case by the presence of Skunk-derived Cheese in the plant’s genetics. Blueberry Cheesecake smells simultaneously fruity and sour, with a hint of citrus tang. Grinding or breaking up the buds intensifies the underlying funkiness. When burnt, this strain has a thick, lung-expanding smoke that tastes simultaneously like fruit and cheese on the exhale. Perhaps unsurprisingly, this is a very pungent smoke and any users looking to keep their consumption on the down low should take reasonable precautions.

Blueberry Cheesecake offers a slow, creeping high – it may take several minutes before smokers can pick up on its buzzy, head-focused effects. Once it settles in, this strain is marked by a substantial emotional uplift. Users may feel chatty, social, and more thoughtful. Blueberry Cheesecake can also sharpen the senses, making sights or sounds seem more intense. A sense of physical relaxation creeps up as the high peaks — this body high may lend a psychedelic angle to users’ already-skewed perception and can cause anything from visual distortions to time dilation. Because it affects both the brain and body, Blueberry Cheesecake is a good accompaniment for activities that involve holistic functioning like yoga or dancing. It can even be a potent aphrodisiac. Couchlock is not commonly reported after moderate doses, but users can become incapacitated if they indulge in more than a few bowls.

This strain’s far-reaching effects also have great value for medical cannabis patients. Blueberry Cheesecake can ease aches and pains, whether mild or long-term and acute. Its anti-inflammatory properties can also settle upset stomachs. As noted, in large enough doses, this strain can be an effective treatment for insomnia. Psychological benefits include temporary relief from the harsh symptoms of stress, anxiety and depression. Blueberry Cheesecake’s sense of sustained focus can also be helpful for those with attention deficit disorders. Because it is so versatile, this strain is appropriate for both daytime and nighttime use.

Several seed companies have made seeds of Blue Cheesecake available for sale online. It is a relatively easy and forgiving crop for novice growers. It can be grown indoors or out, although outdoor cultivation requires semi-humid climates with daytime temperatures between 72 and 80 degrees Fahrenheit. Despite this strain’s balanced genetics, its plants have a characteristically indica shape, with bushy lateral branches and heights rarely exceeding 3 feet. Growers should “top” their plants by trimming away any light-blocking fan leaves to encourage the growth of the flowering nodes on lower branches. Those looking to bring out Blueberry Cheesecake’s eye-catching purple hues should also expose their plants to cold nighttime temperatures late in the vegetative stage. Blueberry Cheesecake flowers within 8 to 9 weeks when grown indoors and offers growers a high yield for their efforts. As much as it is a pungent strain when smoked, it can also reek as it’s growing — growers should invest in odour control measures like exhaust fans if they want to keep their operations discreet.

A distinctive addition to the Blueberry family, Blueberry Cheesecake’s strange blend of flavours may be an acquired taste for some. That said, its versatility makes it appropriate for any number of situations — from energetic socializing to introspective solo enjoyment.