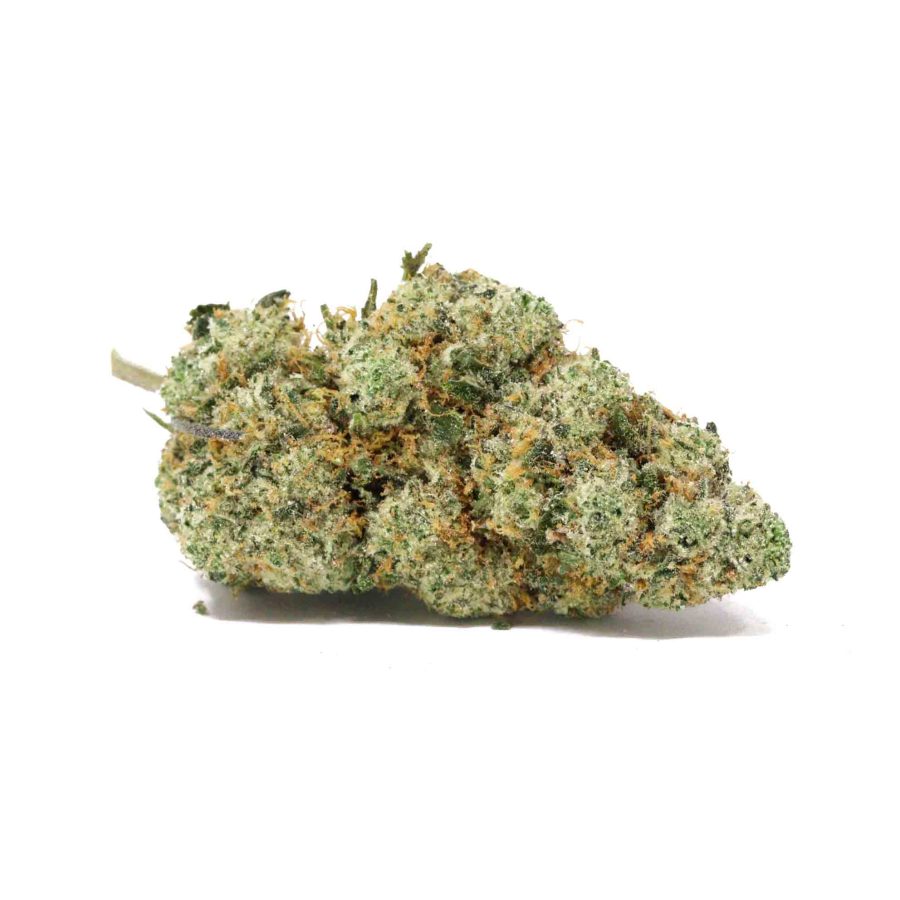 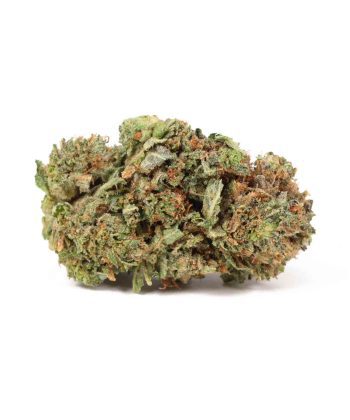 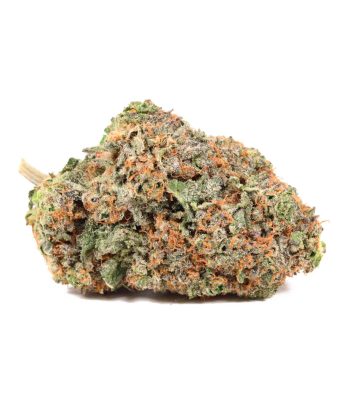 Remember being a kid and getting to enjoy an ice cream cake for your birthday each year? Now you can relive the memories of your childhood every time you smoke Ice Cream Cake, an indica-dominant hybrid crafted in California. Famous for producing some of the world’s most popular strains, Seed Junky Genetics crossed Gelato #33 with Wedding Cake to develop a bud that gives smokers the best of all worlds.

At most, Ice Cream Cake will hit you with a THC potency of 25%, making her ideal for experienced smokers who want a new daily bud to add to their lineup. Her nugs are on the small side and are rather dense, yet feature hints of purple amidst her incredibly thick layer of trichomes. As you’d expect, the flavours and aromas this strain produces are simply mouthwatering. Creamy vanilla and sugar with a hint of cheese permeate each bud, and you’ll find that her sweetness lingers long after you’re done smoking.

If you’ve had an exceptionally long day and need to unwind, Ice Cream Cake is here to help. Users state that her effects often begin with a cerebral rush of joy and relaxation, allowing your brain to melt a little and leave your cares behind for a while. This euphoria could be ideal for smaller social gatherings, but don’t expect a lot of energy to come with your uplifted mood. For most, Ice Cream Cake eventually transitions into a body high that’s sedative in nature and could take a turn toward the heavy side. Once you begin to feel relaxation kick in, it might be smart to settle in on the couch or in bed as sleep might be on the way sooner than you think.

While Ice Cream Cake is certainly a strain that’s just as good as dessert, there’s more to her than meets the eye. Many users turn to her for therapeutic benefits, as this bud has been rumoured to help those with insomnia. Instances of physical pain including migraines, muscle soreness, and more could potentially be soothed by a few tokes, offering you at least a few hours of relief. Mental woes have also been said to be improved after indulging in Ice Cream Cake, as this gal reduces anxiety and depression with ease.

Expect a creamy vanilla-like aroma from these buds with a slightly nutty and sometimes cheesy undertone. The cured nuggets are a colourful assortment of light and dark greens intertwined with deep shades of purple and copper pistils.

While its genetics are debatable, its effects have been described similarly by a multitude of reviewers. It is reputed to offer the consumer a deeply relaxing high, one that calms negative thoughts, lifts mood, and relaxes the body into a couch-lock that may usher you into a great night’s sleep. Some have even stated they’ve used it for nausea and to stimulate the appetite.

Seed Junky Genetics has a huge following across the globe and yet the team makes themselves incredibly secretive. Anyone who wants to get their hands on the seeds of Ice Cream Cake will be sad to learn that her breeders aren’t offering up their genetics anytime soon, making this strain one that you can only enjoy after visiting your local dispensary.

The next time you feel like trying a new strain, consider taking a chance on Ice Cream Cake. Fans of sweeter buds will certainly melt when they taste her rich flavours and anyone who could use a night off from their worries will love her reported effects. Enjoy being a kid again without the added calories!