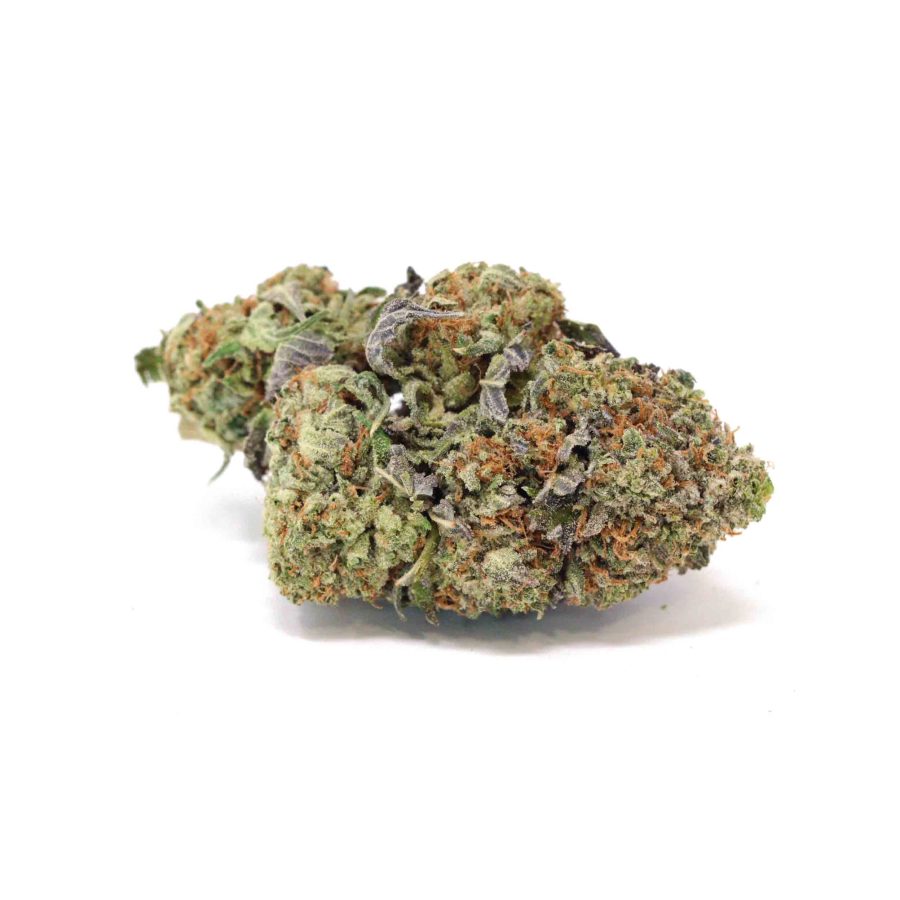 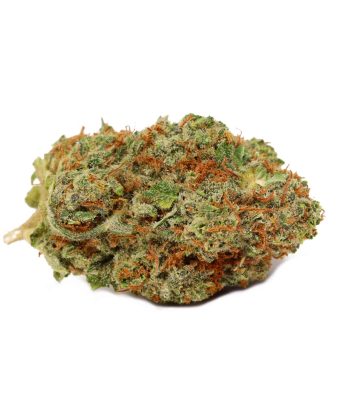 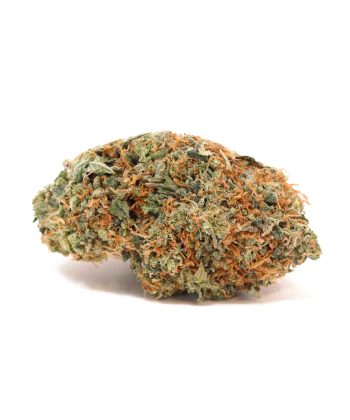 Jedi Kush is an indica that will awaken the powerful psychic knight within. This strain was devised by Cali Connections — the creators of strains like Deadhead OG and Alien OG — like a cross between knockout indica Death Star and SFV OG Kush. It offers a nuanced, multi-layered high that, despite its indica genetics, is not too heavy. Although it may not give you the power of mind control, Jedi Kush is sure to add a psychedelic new dimension to your day. Cannabis testing laboratory Analytical 360 has consistently found samples of Jedi Kush to have between 15% and a whopping 30% THC, making it highly potent for both cannabis and veterans.

Jedi Kush weed strain asserts its bag appeal right away, with its chunky medium to large flowers. These nuggets have an almost conical shape, tapering down from a broad base into a pointed tip. They cling together in the dense, heavy bud structure typically associated with indicas. The leaves tightly curled inward toward their central stems, are a dark shade of forest green and are twisted through with curly orange hairs — which are actually pistils, a structure meant to catch pollen from fertilizing male plants. A very high volume of cloudy white trichomes covers all surfaces of these flowers, giving them a snowy appearance and accounting for their psychoactivity.

When properly cured, flowers of Jedi Kush weed strain carry the prominent scent of diesel fumes — this aroma was likely passed on from parent strain Death Star, which has Sour Diesel in its background. On closer inspection, the buds also have a damp, earthy scent, somewhat like moist soil after a rainstorm. Grinding up or breaking open these buds yields sharp, skunky notes. When combusted, Jedi Kush burns with a harsh, acrid smoke that may sting the palate and sinuses, causing coughing and watery eyes. Those looking to keep their consumption discreet may want to take a few precautions, as this strain can be a particularly pungent smoke.

Jedi Kush offers a slow, creeping high. It may be several minutes after smokers have enjoyed its complex flavour combination before they begin to feel a gradual warping of their sensory perception. Sights and sounds may take on a new dimension; users also describe a powerful sense of time dilation. Once consumers acclimate, though, they can point this high in any direction they might want. It can inspire creativity as well as deep analysis for work on problem-oriented tasks. Alternatively, Jedi Kush can be great for spacing out and daydreaming while enjoying one’s surroundings. In addition to these cerebral vibes, a slight, tingling body high leaves smokers with newfound energy and motivation — this combination of mental and physical effects is great for activities that involve both, like exercise, dancing, and even sex. Although it’s largely not sleepy, the increasing dosage can eventually bring about couchlock. Jedi

Kush may be one of the few indica strains that are as appropriate for evening use as it is for waking and baking.

Jedi Kush’s versatile effects may have several applications for medical cannabis patients as well. Its subtle physical relaxation can soothe mild aches and pains, as well as irritations like headaches and nausea. The strain’s tendency to improve mood may also temporarily improve symptoms of mild to moderate stress and depression. In high enough doses, Jedi Kush may even lull insomniacs into a deep and fulfilling sleep. Because it may bring about some intense cerebral effects, patients who are prone to panic or who have a low THC tolerance should consume this bud with caution.

Cali Connection has made seeds of Jedi Kush weed strain available for sale online. A forgiving grow for newcomers to cultivation, the strain has a higher than average natural resistance to mould and mildew. It can be grown indoors or out, although outdoor growing calls for a semi-humid climate with daytime temperatures between 72 and 80 degrees Fahrenheit. Jedi Kush flowers within 8 to 9 weeks when grown indoors. Finally, it can be a particularly pungent grow — those cultivating indoors may want to invest in odour control measures like carbon air filters or exhaust fans.