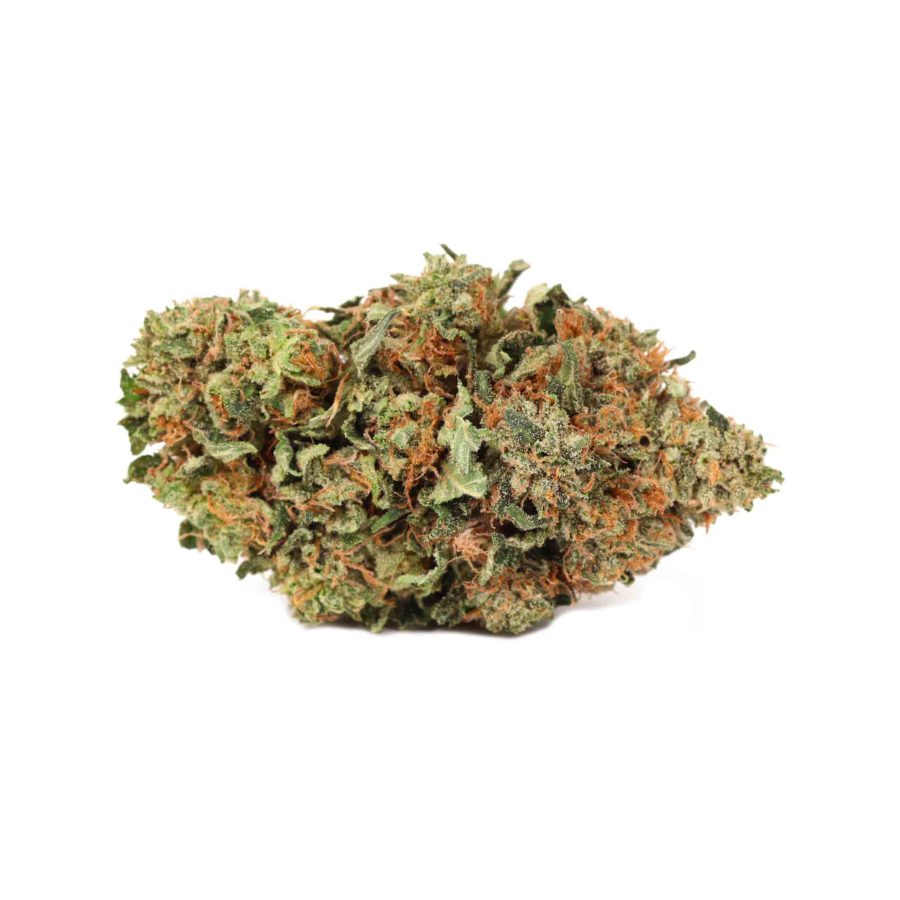 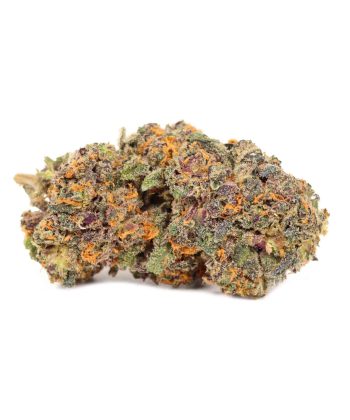 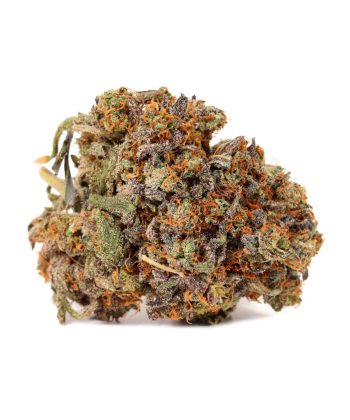 LA Ultra cannabis is an indica-dominant strain created by Spanish seed bank Resin Seeds. As you might have guessed from its name, the bud is a combination of two powerful indicas: LA Confidential and MK Ultra. Whatever its background, LA Ultra delivers body-sinking effects and a surprisingly fruity flavour. A potent smoke that may not be the best choice for newcomers to cannabis, LA Ultra has THC levels measured at between 19% and 30%.

Visually, LA Ultra’s flowers are not particularly striking. The small, nugget-like buds come with a solid indica structure and relatively small leaves. These leaves are yellowish-green and huddle tightly inward toward their central stems. Curly brown hairs — which are actually botanical structures called pistils — twist their way through the dense buds, while amber-tinted trichomes give them a slightly golden hue.

Fortunately, this heavy strain has an aroma that more than makes up for its aesthetics. When properly cured, LA Ultra’s flowers give off the unmistakable scent of citrus, inviting consumers to take a closer whiff. On the second inspection, this lemon tang has some vegetal, herbal base notes lurking underneath, with hints of sage or basil. Breaking up or grinding the flowers, meanwhile, comes with a spicy, nose-tickling kick — an odour that intensifies when flowers are combusted in a pipe or a joint. LA Ultra’s smoke can be harsh and cough-inducing on the intake and can have an astringent citrus flavour on the exhale.

Surprisingly, given its indica roots, LA Ultra hits home fairly quickly, exerting a warm bodily feeling and a mild head rush. Shortly after smoking, users may feel a warmth in their face, coupled with some flushing in the cheeks or an increased pulse in the temples. As these sensations die down, they’re followed up with a pleasant mental stimulation that can fall anywhere between some mellow, passing euphoria and cerebral, detail-oriented concentration. Depending on the individual smoker’s mood, they may be able to use LA Ultra’s brainpower in the service of work productivity. Those who’d rather lounge, though, can simply pass the initial phase of the strain’s high by daydreaming or listening to music. Alternatively, this bud can be a great social lubricant, helping to spark conversation in buzzy party settings.

After some time, though, LA Ultra’s body high starts to creep in to complement its mental properties. A droopy feeling may take over in the limbs and consumers who are already sitting down may find that it takes some significant effort to stand up or move around. As relaxation radiates out through the core and extremities, any earlier stresses or preoccupations melt into the background, setting the stage for sedentary self-care. If the dosage is increased, couchlock is certainly possible and properly relaxed users may even be lulled to sleep. Because of this two-stage high, LA Ultra is recommended for consumption starting in the late afternoon or evening when it can be fully appreciated.

LA Ultra’s laid-back vibe can have benefits for medical cannabis patients as well. Its early, plugged-in way of thinking can help those with attention deficit disorders to concentrate on single tasks. Meanwhile, the strain’s mood-boosting properties can provide temporary relief from stress, depression, and anxiety. On the physical side of things, LA Ultra’s bodily relaxation can be an analgesic for aches and pains, whether they’re temporary or related to chronic conditions like fibromyalgia. Anti-inflammatory properties may also relieve the discomfort associated with stiff joints, nausea, and headaches, among other things. Because it is not often associated with obsessive, recursive patterns of thinking, LA Ultra is a good option for patients who are prone to paranoia or who have a low THC tolerance.

Fortunately for intrepid home growers, Resin has made seeds of LA Ultra widely available online. Once obtained the strain can be grown indoors or out, although success outdoors calls for a semi-humid climate with daytime temperatures between 70 and 80 degrees Fahrenheit. The short, bushy plants have a very short flowering time of between 7 to 8 weeks, making them a good choice for newbie cannabis gardeners; unfortunately, though, crops have a relatively low yield at maturity, estimated by Resin at 32 grams (1.1 ounces) of flower per square foot of plant.

LA Ultra’s one-two punch of effects makes it a great option for indica fans who’d like a bit of a mental kick as well. I spotted on dispensary shelves, it’s worth picking up if only for its pleasant lemony scent.