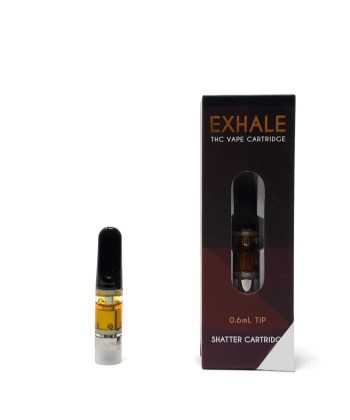 Country music legend and weed advocate Willie Nelson has inspired several varieties of cannabis. Red Headed Stranger is one such bold sativa that pays tribute to the singer’s 1975 album of the same name. This strain’s buzzy, head-focused effects melt into physical relaxation on the backend. Although its original breeders are unknown, Red Headed Stranger is a cross between ubiquitous sativa Haze and Willy’s Wonder, also named in Nelson’s honour. This strain’s well-balanced effects come alongside a strong and spicy flavour profile. Red Headed Stranger’s potency has been measured at between 16% and 26% THC.

Red Headed Stranger is marked by small flowers that tend to adhere in pebbly clusters. Despite a mostly sativa background, these buds have the tight, densely-packed structure more often associated with indicas. The tightly-curled leaves a dark shade of forest green. True to its name, Red Headed Stranger is filled with curly red and orange hairs (which are actually pistils, structures meant to catch pollen from fertilizing male plants). Finally, a profusion of cloudy white trichomes covers the inner and outer nooks and crannies of these flowers, accounting for their sky-high psychoactivity.

When properly cured, Red Headed Stranger carries a predominantly citrus smell, redolent of fresh orange zest. Hanging underneath is a spicy, peppery character likely passed on from pungent parent strain Haze. Meanwhile, grinding up or breaking open the flowers yields hashy, incense-like notes that are a testament to the Afghani landrace genes in the parent strain Willie’s Wonder’s background. When combusted, Red Headed Stranger burns with a strong, acrid smoke that may cause the smoker’s eyes to water. This pungent smoke tastes simultaneously sweet and spicy on the exhale.

Red Headed Stranger’s effects hit quickly, creating a buzzing pressure around the temples and forehead. This novel sensation is soon accompanied by a change in sensory perception — certain external stimuli may strike the smoker as more dynamic or intense than they otherwise might. Once they’ve adjusted to these phenomena, smokers may also notice an uptick in their cerebral patterns of thinking, with ideas and concepts jumping from one to the next in rapid succession. Although their thoughts may be flying high, Red Headed Stranger allows smokers to remain fully grounded and aware of their surroundings. This functional, thoughtful high is a great way to accomplish work, whether it’s analytical or more creative and open-ended. Red Headed Stranger can also be a fun way to enhance annoying everyday activities like cleaning or running errands. As time passes or as the dosage is increased, some therapeutic relaxation may creep in. This sedation can be detected as a weightiness in the limbs and extremities; users may also find themselves able to breathe more deeply and easily. Because of this taper down from energy into relaxation, Red Headed Stranger is best enjoyed during the late afternoon or early evening.

Red Headed Stranger can also have several benefits for medical cannabis patients. Its clear-eyed concentration can help those with attention deficit disorders to sustain focus on a single task. Its stimulation can help alleviate the symptoms of mild to moderate stress and depression. Physiologically speaking, this strain’s subtle physical effects can soothe deep-seated aches and pains as well as everyday irritations like headaches. Because its fast-paced thinking can often veer into paranoia, Red Headed Stranger is not recommended for patients who are prone to anxiety or who have a low tolerance for THC.

Since no breeders have made seeds of Red Headed Stranger available on a commercial scale, prospective growers must obtain clippings of mature plants from a trusted source in order to grow genetically identical “clones.” The strain can be grown indoors or out, although success outdoor calls for a semi-humid, Mediterranean-like climate. Although there is limited information available on best practices for growing this specific strain, its thick indica-inflected flowers suggest that its plants grow short and bushy. As such, growers should regularly trim away any broad fan leaves that might prevent light and air from nurturing any low-growing flowering nodes.

Whether you’re a ginger, a Willie Nelson fan, both, or neither, Red Headed Stranger is worth trying for its excellent balance of mental and physical effects. Very popular in Colorado, the strain is poised to take over other emerging cannabis markets.