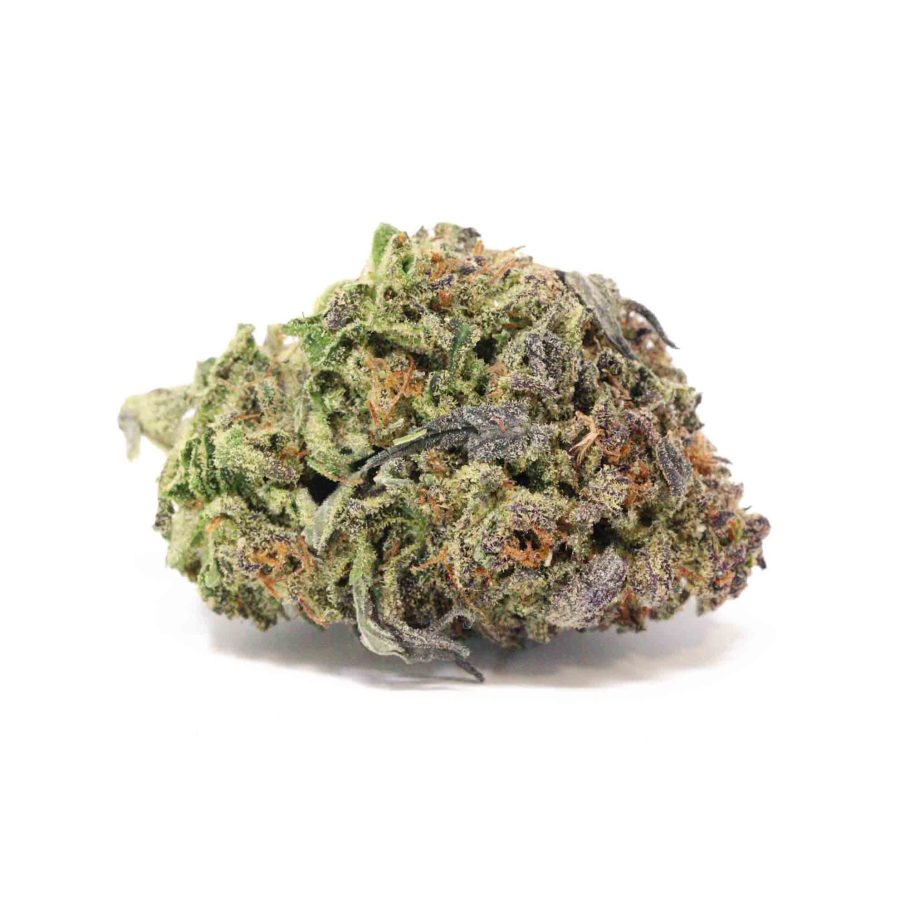 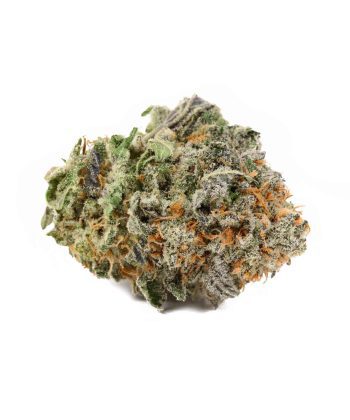 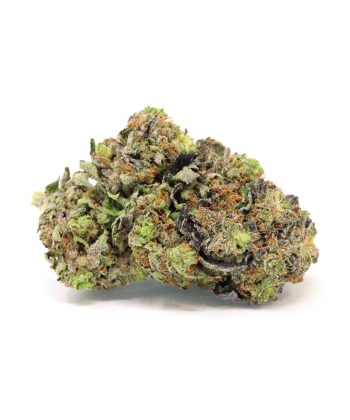 After being off the market for some time, Romulan Grapefruit is making a comeback in the form of both flower and distillate. Although some cannabis companies such as KingPen and Next Generation sell Romulan Grapefruit, they are not considered to be the original breeders of this strain. In fact, this strain’s original breeder has been lost to history. Whoever created this plant aptly named it.

The name is a reference to the race of aliens of Star Trek fame, the Romulans, who are known for their incredible physical strength and supreme emotional control. Thankfully, we do know that this strain is a cross between the potent Romulan strain and the incredibly tasty Grapefruit strain. Test results for this strain show CBD levels often falling below .5%, and THC levels average around 19%.

Romulan Grapefruit buds look like a dishevelled 20-year-old with a bed head. They are often fuzzy and messy-looking with deep forest greens accented by bright oranges and a bit of white from the thick layer of trichomes. As the name would suggest, this bud has an incredibly fruity aroma. Out of the packaging, this bud is a treat for the nose. Scents of apples, grapefruit, berries, and a bit of pungent cheese are likely to tickle your nose. The smoke from this flower is smooth, often going down without any irritation or catching in your throat. Many have reported this flowering being exceptional in dry-herb vapes where the terpene profiles can be truly tasted.

Romulan Grapefruit has proven to be an excellent stepping stone for inexperienced smokers moving from beginner strains and brick weed into the world of potent medical flowers. Users prone to recursive thinking should avoid this strain, as it can exacerbate anxieties and paranoia under the wrong conditions. The high from this bud is incredibly calming and is likely to make you find a chair or sofa to chill in.

As your body’s physical pains such as migraines, arthritis, inflammation, and chronic pain melt away, your mind is given some freedom for thought. You’ll likely feel incredibly uplifted and giggly, looking to those around you for either happy and silly or deep philosophical conversations. Users have also reported this bud causing intense cases of munchies and dry mouth.

This bud’s ability to provide optimal levels of physical and mental relaxation makes it an excellent tool in fighting the day-to-day fight against depression and anxiety. This evening strain is great for keeping you on your toes while also allowing you to let your hair down after a long, stressful day at work.