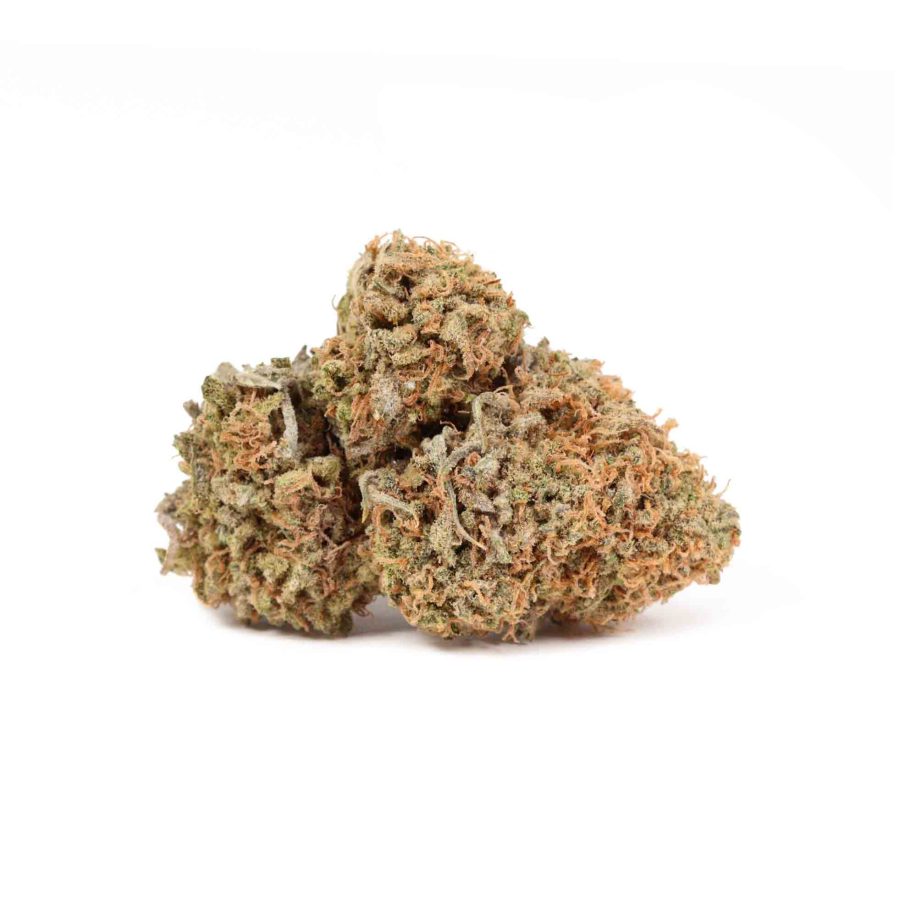 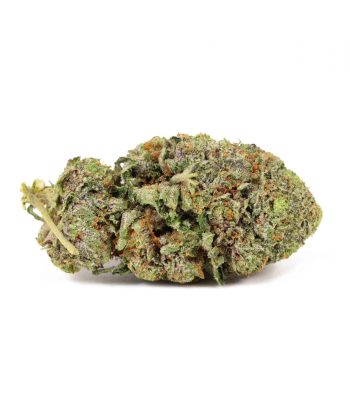 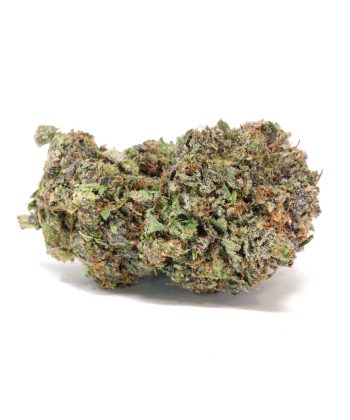 Silver Surfer is a sativa-dominant hybrid with all the buzzy energy you could possibly need to power through your day. This strain is a cross between award-winning Super Silver Haze and the uber-popular Blue Dream. With a dank and earthy aroma alongside its active, productive mindset, this strain is a must-try for both sativa and hybrid lovers. Cannabis testing lab Analytical 360 has measured Silver Surfer’s potency at between 12% and an impressive 26% THC.

Silver Surfer establishes its bag appeal right away with flowers that show off a hybridized structure: like indicas, they are dense and tightly packed, but like sativas, they have an elongated, almost cylindrical shape. The leaves are a patchwork of mossy green, shot through with dark orange to red pistils. Some phenotypes of this strain also have faint hints of light purple in their leaves; these hues are due to pigments called anthocyanins which trigger shades of blue and purple when agitated by cold weather during the growing process. Finally, much like White Widow and this bud’s parents strain Super Silver Haze, Silver Surfer is named for the high volume of translucent trichomes that cover its leaves and give them a silvery sheen.

When properly cured, flowers of Silver Surfer have a musky, earthy scent, similar to that of damp soil. On closer inspection, the acrid tang of cheese is also present, giving the buds a sharp edge. This strain seems to have little of the fruitiness of its parent, Blue Dream; instead, Silver Surfer’s only sweetness comes through as a kind of sour-sweet, fermented smell when buds are ground up or broken apart. When combusted in a pipe or a joint, Silver Surfer burns with a harsh smoke that may tickle the palate or sinuses and trigger a coughing fit.

Silver Surfer takes effect quickly, launching smokers into a new plane of consciousness. Sudden, inexplicable euphoria may set in, elevating the user’s mood and energy levels. Fast-paced, free-associative thinking may also take hold, with ideas and even speech jumping around in rapid succession. To be sure, this kind of “mind race” can be disorienting for those who are unfamiliar with the sensation. In the right set and setting, though, Silver Surfer’s buzz can be put to use as a tool for work. It can allow smokers to maintain focus on work, whether that work consists of creative projects or of more rigorous, analytical tasks. Alternatively, Silver Surfer can be a great way to enjoy a trip to the gym or a long walk outdoors. It can even help add some spice to otherwise boring activities like cleaning the house. As the high wears on, some slight indica relaxation can creep in, pulling users back down to earth. In its later stages, Silver Surfer can be enjoyed for its psychedelic sensory distortion — put on a spacey album or a trippy movie and let the outside world recede into the background. Because it is more stimulating than sedative, Silver Surfer is best enjoyed as a wake-and-bake bud or as an afternoon treat; if consumed before bed, it’s likely to keep users awake and wired.

Silver Surfer may also have several applications for medical cannabis patients. Its tendency to induce focus and concentration can help those with attention deficit disorders to accomplish large amounts of work more quickly than they otherwise might. Its mood-altering effects can also temporarily banish some of the troubling symptoms of stress and depression. Physiologically, Silver Surfer’s anti-inflammatory properties can soothe minor annoyances like headaches and nausea. Because its high is associated with the kind of recursive thinking patterns that can lead to paranoia, this strain is not recommended for patients who are prone to anxiety or who have a low tolerance for THC.

No large, commercial-scale breeders have taken responsibility for the creation of Silver Surfer and none have made seeds of the strain available online. As such, home growers must obtain clippings from mature, healthy plants in order to grow genetically identical “clones.” The strain can be grown indoors or out, although successful outdoor cultivation calls for a semi-humid climate with consistent daytime temperatures between 70 and 80 degrees Fahrenheit. Growers looking to bring out Silver Surfer’s eye-catching lavender patches should expose their crops to nighttime temperatures between 10 and 15 degrees below average, just before flowering begins.

Use Silver Surfer to fly through your daily agenda with productivity and confidence. The strain can also be a fun smoke at parties — but if you break it out in public, be prepared for its woodsy and earthy aroma to turn a few heads.