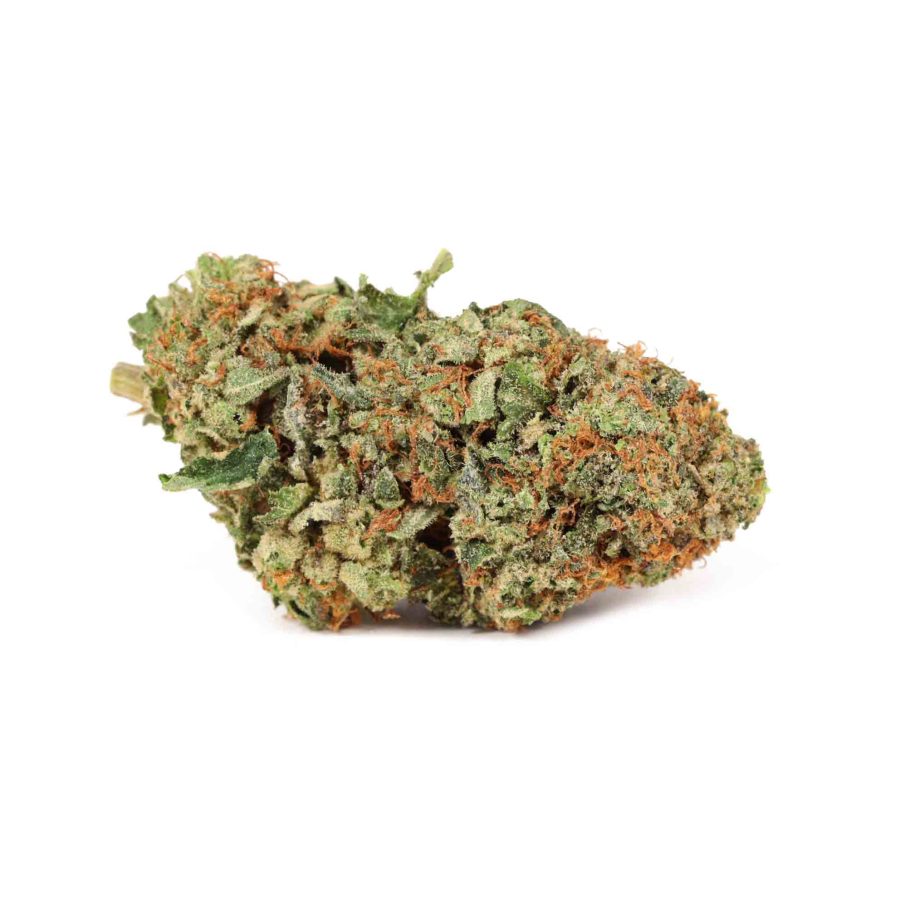 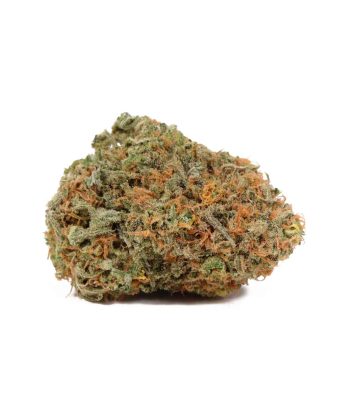 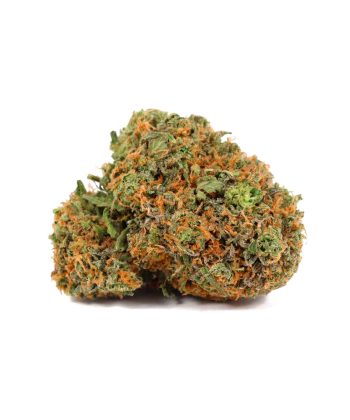 More often than not, strains are named based upon a particular attribute of theirs. It could be the colour or flavour, but in the case of Tuna OG, it’s certainly the smell. This bud also goes by Tuna Kush and is the lovechild of OG Kush and Black Tuna. Breeders here have kept themselves hidden, and due to this bud’s strong taste, that’s probably for the best.

While she may be potent in flavour, Tuna OG isn’t quite as powerful when it comes to THC. She tops out at 24%, making it an ideal option for all experience levels. Her buds are quite beautiful with an emerald green colour that’s accented by orange hairs and very chunky white trichomes. As you’ve guessed by now, this bud carries a very strong fishy smell and flavour that, quite honestly, might make you choke. Skunk, earth, and floral notes are also present, but you’ll hardly be focusing on those as you puff away.  The loud terpene profile is also something to take note of, consisting of an overwhelming skunk aroma with intermittent floral and earthy notes. The buds express rust-red hairs and deep emerald greenery that makes the mouth water when coupled with the strain’s intoxicating aroma. Remember to mind your dosage while enjoying Tuna OG, as its strong effects will debilitate even the most seasoned cannabis consumer.

Once you’ve handled her intense bouquet, it’s a fun time. Tuna OG brings a high that’s super cerebral with a sense of energy that’s hard to tame. Users feel incredibly happy and giggly, with some noticing an increase in arousal. Your thoughts will begin to wander into a dreamlike state, and introspection is quite common. Before long, this mellow attitude transforms into one that’s physical in nature, with a strong case of the tingles and the desire to stay on the couch for the rest of the night.

Medical ailments are no match for the power of Tuna OG, and even though THC levels aren’t massive, this bud is great for dealing with a range of issues. People often turn to this strain to help with stress and depression, as her ability to bring about euphoria simply pushes negative thoughts away with ease. Generalized pain, as well as specific issues like eye pressure or muscle spasms, can also benefit from this plant, but it’s always best to approach your dose with realistic expectations.

When breeders remain secretive it typically means one thing – trying to grow any of their strains at home is a nearly impossible task. Such is the case with Tuna OG, as locating seeds or clones isn’t something that’s for the faint of heart. Even trying to find the bud to purchase from your local dispensary is often a challenge, so if you’re looking to grow your own plants at home, it’s best to set your sights elsewhere.

Despite her bold flavour and aroma, Tuna OG is actually an awesome strain if you’re interested in a high that brings a set of truly balanced effects. Ride the wave of joy and energy before she brings you down into a sea of relaxation, and remember, the taste is only temporary!