Durations of Impairment for Weed Defining by Scientist in Australia

Did you know?: Driving under the influence of Cannabis in Australia has been illegal since 2006?

Research from the University of Sydney in Australia has recently defined the durations of impairment after smoking or vaping THC.

So far, no studies have had any substantial evidence of THC‘s effects on driving performance.

The team found that six hours after smoking or vaping, the individual returned to normal levels of cognitive function and their ability to drive was not affected whatsoever. They were also able to perform simple math problems with accuracy. However, twelve hours after consumption, this information could explain how cannabis interacts with our bodies. However, it also brings into question several complications surrounding legal restrictions worldwide.

One example is drug-driving laws and how long THC stays present in your system even after the initial high.

Thus far, these laws have not had an extensive basis for accuracy, but new findings like this could help reduce the number of accidents involving drugged driving.

This study is highly significant as it outlines the time frame of impairment after consumption of cannabis and its ability to affect cognitive skills. It presents some insight into new restrictions on cannabis use that will.

Dr. Nick Lintzeris says, “Until now, there has been no evidence-based guidance for police and other frontline staff on how long a driver should be stood down from driving after using cannabis.”

“In Australia where medicinal or recreational use of cannabis is illegal but decriminalized in some states, the implication is that medical patients without what do these findings mean, and what are the future implications? Today, we’re here to answer these questions and more.

This comprehensive analysis that finally answers the age-old question “how long does weed last” comes from the dedicated efforts of a group of researchers led by Dr. Danielle McCartney from the Lambert Initiative for Cannabinoid Therapeutics at the University of Sydney.

This department supplies national and international leadership for scientific research of medical marijuana and in “the discovery and development of cannabis-based medicines.”

The study issued in the Drug and Alcohol Review-Journal examined over 250 research articles.

A lot of their data was informed by work done by an American scientist Dr. Marilyn Huestis, who is now one of America’sAccording to an article posted on the university’s website.

The study found that the exact time for impairment relies on a collection of specific criteria, including the THC dose, method of ingestion (i.e., if it was taken orally or inhaled), whether users smoke weed everyday or only sometimes and the specific requirements of the tasks at hand while under the influence.

These findings have been published in the Neuroscience & Behavioral Reviews. According to the article, the data “represents the first such meta-analysis” into cannabis intoxication duration. It comprises and distills information from 80 different scientific studies surrounding THC-induced impairment spanning the past 20 years. 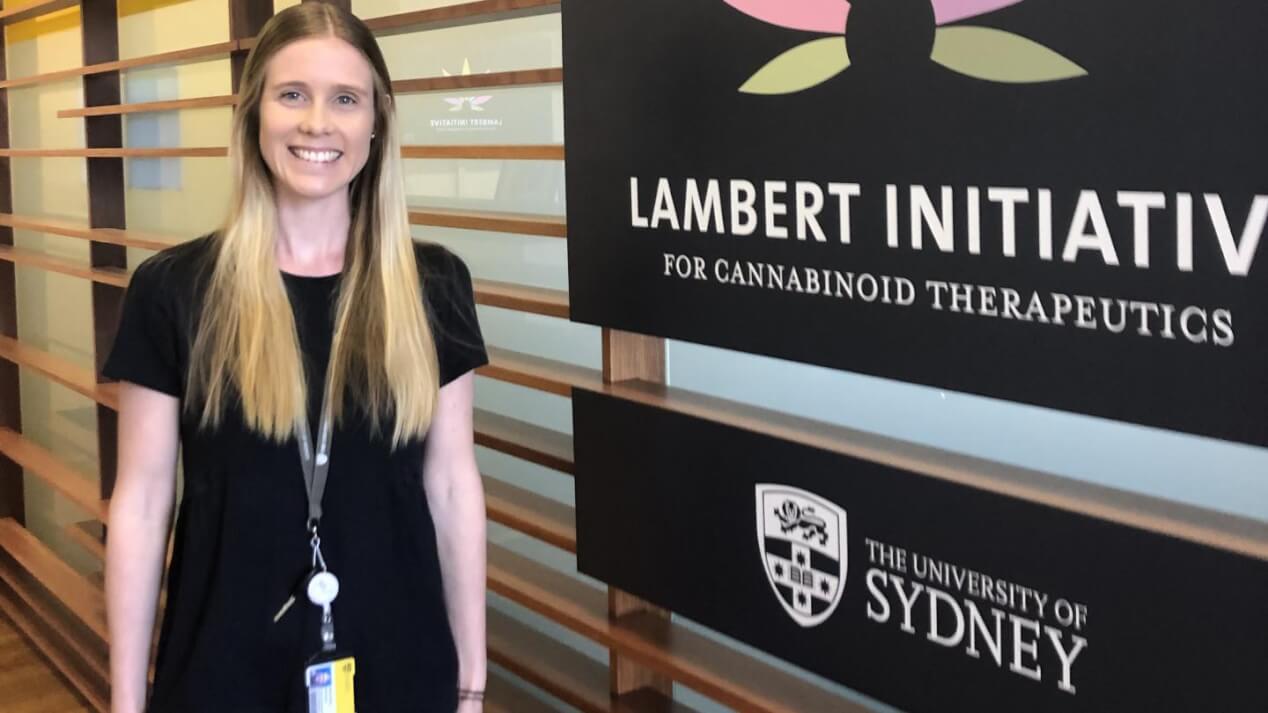 Dr. Danielle McCartney from the Lambert Initiative for Cannabinoid Therapeutics. University of Sydney

“THC is known to impair driving and cognitive performance acutely,” Dr. McCartney explains in the article. Still, many users are unclear about how long this impairment lasts and when they can safely and responsibly resume “safety-sensitive tasks,” such as driving, after consuming weed.

The study aimed to examine how cannabis impairs users on a brain level. Dr. McCartney says that they’re confident the data has produced “a comprehensive overview on how long cannabis affects your brain.”

How long does weed last?

The study concludes that people who take THCThe analysis shows that cannabis impairment can last upwards of 10 hours with higher THC doses consumed orally. However, a typical impairment duration is 4 hours when ingesting lower THC doses by smoking or vaping.

“This impairment may extend up to six or seven hours if higher doses of THC are inhaled and complex tasks, such as driving, are assessed,” McCartney states.

However, researchers say that amounts considered moderate to regular users “could be high” for less frequent users.

“We found that impairment is much more predictable in occasional cannabis users than regular cannabis users,” co-author of the study, Dr. Thomas Arkell, explained. “Heavy users show significant tolerance to the effect of cannabis on driving and cognitive function, while typically displaying some impairment.”

Further, the authors observed that regular weed users might ingest more to reach a more intense effect, resulting in an equal level of impairment.

It’s no secret that several types of cannabis products are currently available on the market. Whether you are a die-hard fan of tried and true classic flower or a concentrate connoisseur, how these different items interact with your body directly impacts intoxication duration.

According to the University of Sydney article, THC in the form of sprays, capsules or oils, and those ingested orally cause impairment to take longer to set in and lasts “significantly longer” than if users were to inhale through more traditional methods, such as smoking or vaping.

Additionally, when utilizing more conventional methods, various techniques for making weed last longer, such as using more potent bud or rolling twax joints, will also impact your level of intoxication and the duration of the marijuana’s effects.

Researchers state that these findings could have “implications” for drug-driving laws with this insight.

“THC can be detected in the body weeks after cannabis consumption while it is clear that impairment lasts for a much shorter period,” Academic Director of the Lambert Initiative, Professor Iain McGregor, explains in the article. “Our legal frameworks probably need to catch up with that and, as with alcohol, focus on the interval when users are more of a risk to themselves and others.”

McGregor continues that prosecuting users solely based on having THC present in their blood or saliva is “manifestly unjust.”

“Laws should be about safety on the roads, not arbitrary punishment,” he describes. “Given that cannabis is legal in an increasing number of jurisdictions, we need an evidence-based approach to drug-driving laws.”

The study comes after recent research by Dr. Thomas Arkell and colleagues demonstrating that cannabidiol, or CBD, a non-psychoactive and “medically active” component in cannabis, does not cause impairment while driving.

What are the Current Drug-Driving Laws?

In the context of Canadian law, specifically, operating a vehicle while under the influence of marijuana is considered a criminal offence.

Bill C-46 passed in June 2018, which added federal laws and penalties to the Criminal Code of Canada surrounding driving while impaired.

As such, provinces and territories have implemented varying laws surrounding cannabis and driving to complement the new federal ones.

What are the Current Drug-Driving Laws?

According to Bill C-46, the criteria for DUI charges include:
Between 2 and 5 nanograms of THC per ml of blood within two hours of driving results in a $1,000 fine.

Having over five nanograms of THC per ml of blood within two hours of driving may be considered a “summary or indictable offence,” with punishments ranging from a $1,000 fine to a maximum of 10 years jail time for repeat offenders.

Having both alcohol and THC in your system is considered a “hybrid offence, indictable or summary” and would also be punishable by a $1,000 fine to a max of 10 years prison time for repeat offenders.

However, the onus of proving impairment is up to law enforcement. If your BAC level is under 2mg/ml, you are not considered impaired and would be able to use this as evidence.

How long do THC levels stay in my body?

THC lingers in the human body for much longer than alcohol, according to AAPCCHowever, with these findings from the Lambert Initiative for Cannabinoid Therapeutics, such legislation may not be as simple as believed since THC remains in your blood and saliva for extended periods.

For the future, further research is needed to find the best approach for correctly detecting when THC was consumed and how this impacts the ability to drive.

Are There Techniques for How to Sober Up From Weed?

You find yourself in a THC-induced haze for far longer than you anticipated; relieve yourself of the mental fog by following these tips to sober up from cannabis.

Using CBD oil when weed is no longer in your system has been proven to help restore brain function in concentration, memory, moods and movement.

Many believe that you’re no stranger to the world of weed; you’ve likely been in a situation where you might have bitten off more than you can chew. Be it figuratively, in the context of smoking too much weed, or literally, when ingesting cannabis edibles.

Either way, knowing how to sober up from weed can be a precious life skill for tokers of all experience levels.

Consuming food to supplement your blood sugar, staying hydrated, taking some CBD, and sleeping are all effective methods for helping to ride out your high safely and effectively. That said, unique factors such as weight, tolerance level, frequency of use, the precise potency of the weed and the ingestion method will all play critical roles for how long your high will last.

Extensive data regarding the duration of cannabis impairment, such as those found by researchers at the Lambert Initiative for Cannabinoid Therapeutics at the University of Sydney, provide crucial insights into how our bodies absorb and interact with cannabinoids.

Essentially, a “window of impairment” can last anywhere from 4 to 10 hours, depending on the THC concentration and delivery methods, such as smoking, vaping, or more potent products, such as THC oral sprays and edibles.

However, how long THC remains in your system even after the effects have worn off is worth considering, especially in the face of the law. This information is essential when discussing international drug-driving statutes and their enforcement.

As Professor Iain McGregor aptly stated, “laws should be about safety on the roads, not arbitrary punishment.” It is crucial to perform an evidence-based approach to drug-driving laws.

Executing these transformations and changing testing to reflect how long THC has been in our systems accurately should be the priority. However, the how of it all remains up in the air.