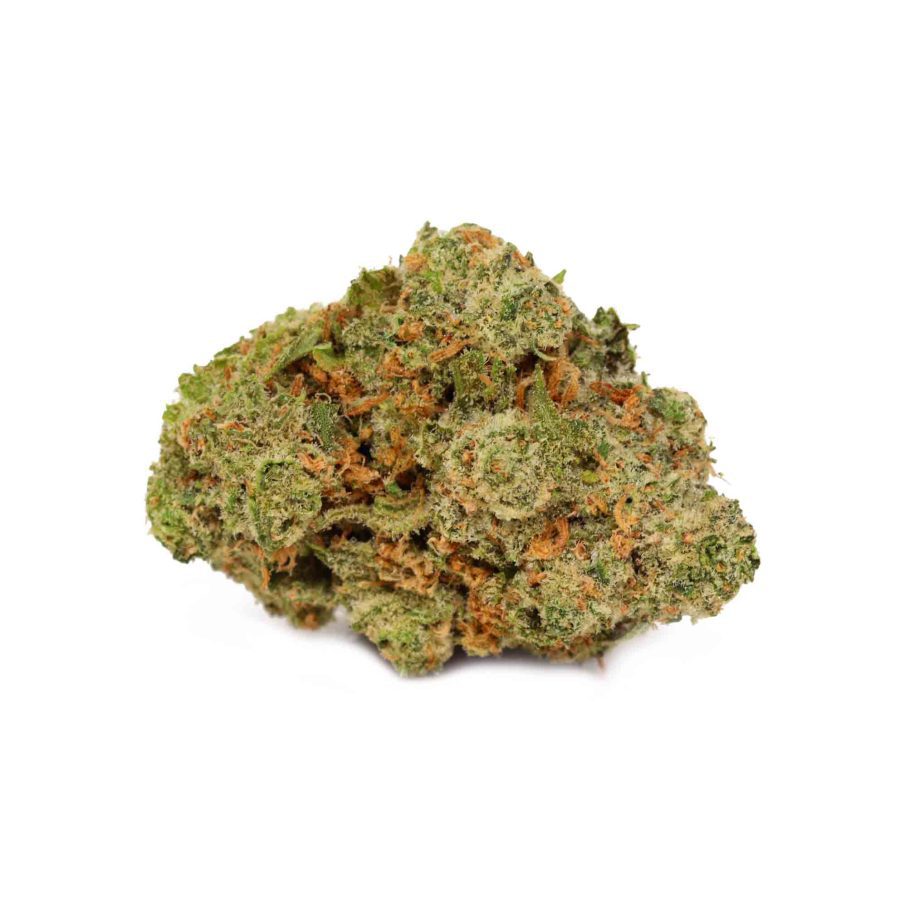 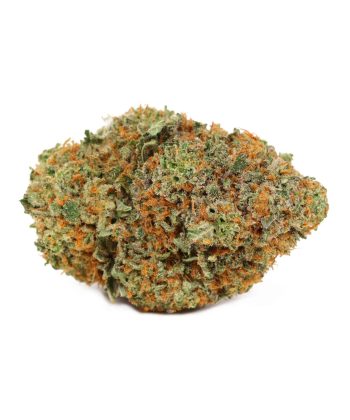 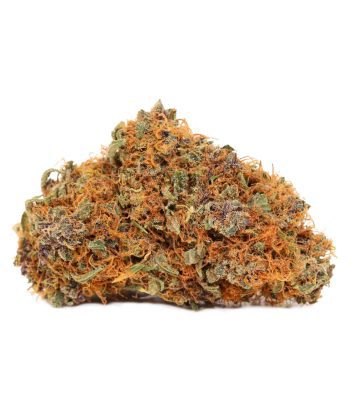 You’d no doubt be dumbfounded to see Bulk Buddy’s purple gorilla in the wild. Similarly, this Purple Gorilla that is now available on Bulk Buddy’s Online Dispensary, an indica-dominant hybrid born in Northern California, can strike its consumers silent with relaxation. While its genetic background is undocumented, this aromatic bud may be descended from another purple NorCal favourite — Mendocino Purps. Whatever its parentage, though, it’s clear that Purple Gorilla is here to stay, with striking buds and a relaxing therapeutic high. The strain’s THC content has been measured at between 15% and 21%.

Purple Gorilla flowers tend to be on the smaller side and hold a spherical formation, clinging together in popcorn-like clusters. These globe-shaped nuggets have the dense, compact structure you might expect of an indica. The tightly-curled leaves are dark olive green, although frequently, phenotypes of the strain also boast patches of purple, ranging from lavender to deep indigo. These eye-catching colours come about thanks to anthocyanin pigments, which trigger their release when activated by cold weather in the growing process. Finally, a blanket of cloudy white trichomes gives these flowers a very sticky texture and makes them appear almost icy when seen from a distance.

Purple Gorilla’s largely purple flowers may lead some consumers to assume that the strain carries a predominantly grape aroma. The pigments responsible for its colour do not play a corresponding role in determining its flavour — instead, Purple Gorilla’s mixture of terpene compounds gives it a mostly earthy, musky scent. That said, there are some incidental grape and cherry-like scents that contribute to the bud’s profile. Combusting these flowers in a pipe or a joint gives off a smooth, flavorful smoke that can have a bit of a peppery kick. On the exhale, Purple Gorilla tastes like a combination of grape, citrus, and pine.

Purple Gorilla’s high typically creeps up over several minutes. When it does take hold though, it doesn’t hold back, sometimes temporarily disorienting smokers with its force. The first signs that the strain is working include a flush in the cheeks, as well as a slight throbbing around the eyes and temples. Sometimes, smokers detect changes in their sensory perception, which can range from an impaired ability to discern depth to a strong feeling of time dilation. Even if they aren’t afflicted by trippy side effects like these, though, users are certain to fall victim to Purple Gorilla’s strong physical properties. Those who are already sitting can find themselves paralyzed as their bodies begin to melt into their surroundings. Meanwhile, those who may have been previously active might want to seek out some rest under the weight of this bud. While some mental stimulation may be present, usually in the form of freely-associative thinking or a tendency to zone in on single concepts, Purple Gorilla is more likely to leave its consumers lazy and easily amused. This strain can be a nice way to enhance an intimate gathering of friends, or simply a way to turn down the volume of your stress and thoughts at the end of a long day of work. Because of its soothing, sedative properties, Purple Gorilla is one bud best reserved for enjoyment after dark — or even just before going to sleep.

Purple Gorilla’s heavily sedative effects can also have many benefits for medical cannabis patients. It can temporarily take the edge off of troubling conditions like stress, depression, anxiety, and even PTSD. Physiologically speaking, it can also soothe deep-seated aches and pains, as well as minor annoyances like headaches or nausea. For some, the strain can stoke the appetite, serving as a supplement for those who struggle with hunger due to disease or treatments like chemotherapy. Because it is not known to bring about bouts of obsessive, recursive thinking, Purple Gorilla is a good option for patients who are prone to panic or paranoia, or who have a low tolerance for THC.

Seeds of Purple Gorilla do not appear to be available for sale online. Prospective growers must instead seek out reputable sources from which to obtain clippings of mature plants to foster genetically identical “clones.” The plants can be grown indoors or out, although their bushy and squat stature is easily accommodated indoors. Growers looking to bring out the strain’s colourful potential should activate anthocyanins by briefly exposing their crops to cold (but not freezing) temperatures just before flowering begins. Purple Gorilla flowers within 7 to 8 weeks when grown indoors.

This potent strain is a must-try for indica lovers, as well as for connoisseurs of purple strains. Treat yourself by saving this bud for a luxurious midnight snack.